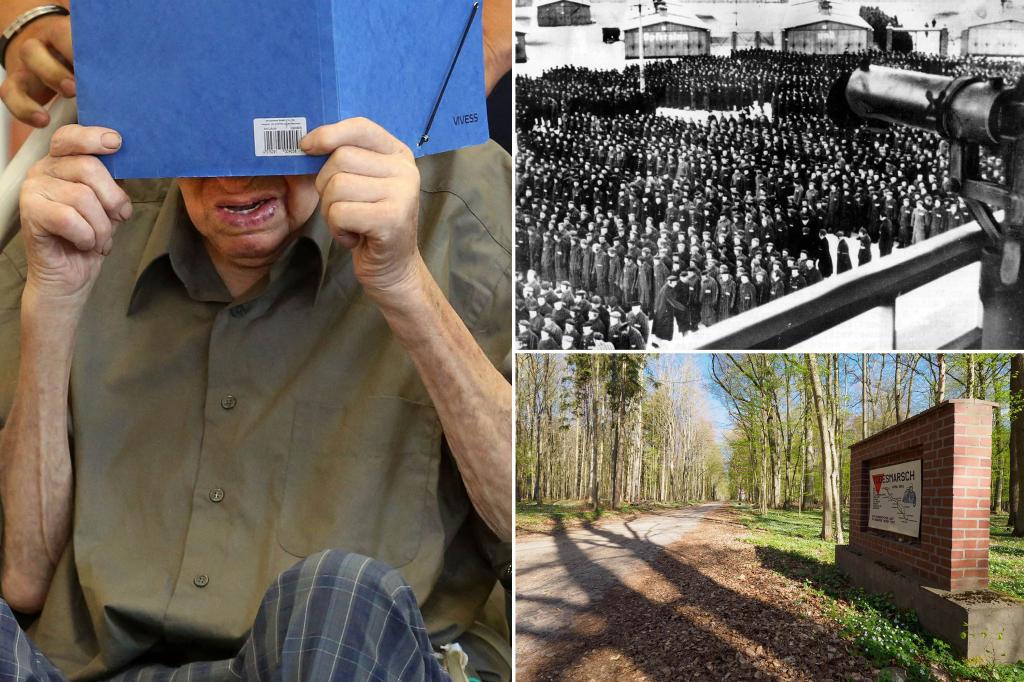 A 101-year-old former Nazi concentration camp guard was convicted in Germany Tuesday of more than 3,500 counts of accessory to murder — becoming the oldest person to date to be held accountable for crimes related to the Holocaust.

The Neuruppin Regional Court sentenced Josef Schütz to five years in prison, although he is unlikely to serve any time behind bars because of his poor health, advanced age and a lengthy appeals process.

Schütz had denied working as a Schutzstaffel guard at the Sachsenhausen camp and aiding and abetting the murder of 3,518 prisoners.

In the trial, which opened in October, the centenarian said that he had worked as a farm laborer near Pasewalk in northeastern Germany during the period in question and never wore a German uniform.

However, the court considered it proven that starting at age 21, he worked at the camp on the outskirts of Berlin between 1942 and 1945 as an enlisted member of the Nazi Party’s paramilitary wing, the German news agency dpa reported.

“The court has come to the conclusion that, contrary to what you claim, you worked in the concentration camp as a guard for about three years,” presiding Judge Udo Lechtermann said, according to dpa. He added, in doing so, the defendant that had assisted in the Nazis’ terror and murder mechanism.

“You willingly supported this mass extermination with your activity,” Lechtermann said. “You watched deported people being cruelly tortured and murdered there every day for three years.”

Prosecutors had based their case on documents relating to an SS guard with Schütz’s name, date and place of birth, as well as other documents.

The five-year prison sentence was in line with the prosecution’s demand.

The defendant’s lawyer had sought an acquittal. Defense attorney Stefan Waterkamp said after the pronouncement of the sentence that he would appeal the verdict, dpa reported.

“There has been a huge memory work, huge work on what happened in this camp that was almost forgotten,” said Lili Grumbach, a granddaughter of one of the Sachsenhausen’s prisoners. “The important thing here today was that he was proven guilty.”

“Even if the defendant will probably not serve the full prison sentence due to his advanced age, the verdict is to be welcomed,” said Josef Schuster, the head of the Central Council of Jews in Germany.

“The thousands of people who worked in the concentration camps kept the murder machinery running. They were part of the system, so they should take responsibility for it,” Schuster added. “It is bitter that the defendant has denied his activities at that time until the end and has shown no remorse.”

Schütz was determined to be fit to stand trial to a limited extent, participating in the nine-month trial for only about two and a half hours each day. The process was interrupted several times for health reasons and hospital stays.

Efraim Zuroff, the head Nazi hunter at the Simon Wiesenthal Center’s office in Jerusalem, said that the sentence “sends a message that if you commit such crimes, even decades later, you might be brought to justice.”

Sachsenhausen was established in 1936 just north of Berlin as the first new site after Adolf Hitler gave the SS full control of the Nazi concentration camp system.

More than 200,000 people were held there between 1936 and 1945. Tens of thousands of inmates died of starvation, disease, forced labor and other causes, as well as through medical experiments and systematic SS extermination operations including shootings, hangings and gassing with Zyklon-B .

Exact numbers on those killed vary, with upper estimates of some 100,000, though scholars suggest figures of 40,000 to 50,000 are likely more accurate.

In its early years, most inmates were either political prisoners or criminal convictions, but they also included some Jehovah’s Witnesses and homosexuals. The first large group of Jewish prisoners was brought there in 1938 after the so-called Night of Broken Glass, or Kristallnacht, an anti-Semitic pogrom.

During the war, Sachsenhausen was expanded to include Soviet prisoners of war — who were shot by the thousands — as well as others.

The other camps, Jewish prisoners were singled out at Sachsenhausen for particularly harsh treatment, and most who remained alive by 1942 were sent to the Ausch death camp.