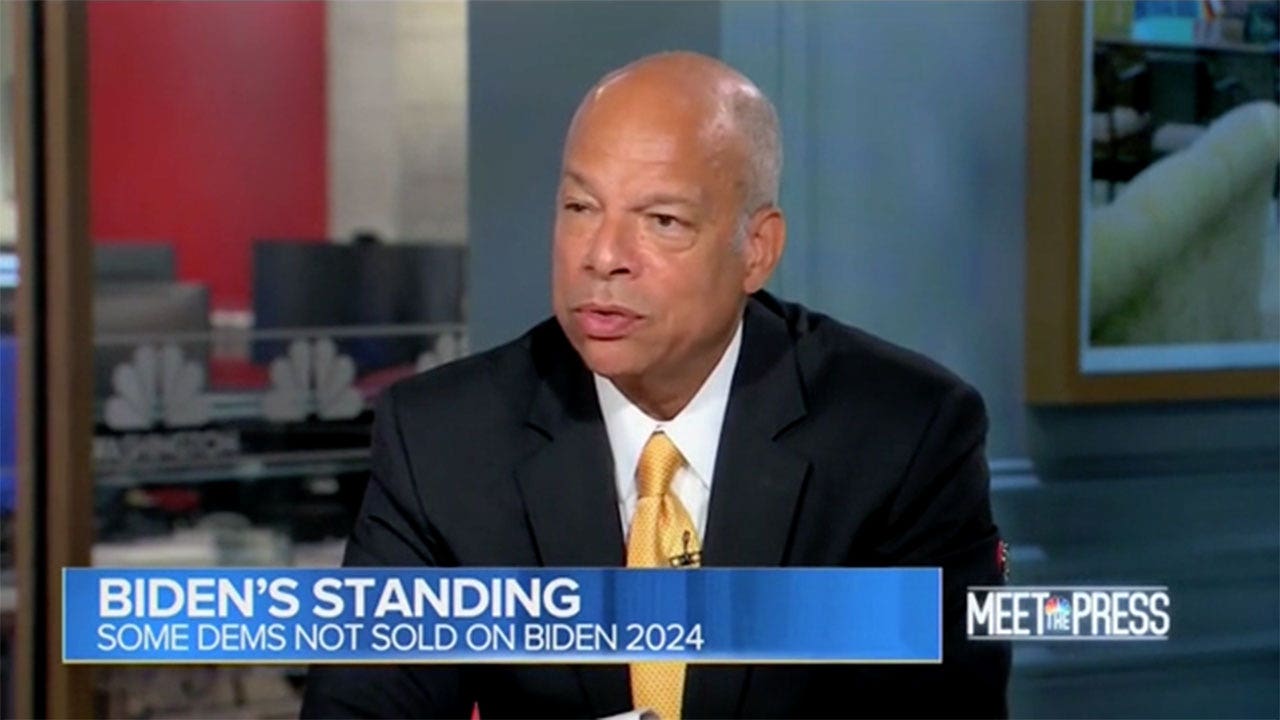 Former Homeland Security Secretary Jeh Johnson said Sunday that he doesn’t know if President Biden has made up his mind on running again in 2024, but noted that if he decides not to run, he should announce before the midterm elections.

“Meet the Press” host Chuck Todd asked Johnson about how Biden has felt disrespected by the Democratic Party. Todd said that Biden feels as though the party has “never really given me respect,” and asked Johnson if the president had a point.

“In a sense, yes,” Johnson said. “I don’t know that, and this is just instinct, I don’t know that Joe Biden has definitively made up his mind to run in 2024. I’m sure at some point he’s going to have that conversation with his family. My advice would be unconventional. If you’re not running, make that announcement sooner rather than later.”

Former DHS Secretary Jeh Johnson said Sunday on “Meet the Press” that if Biden decides not to run in 2024, he should announce sooner rather than later.
(Screenshot/NBC/MeetThePress)

ATLANTIC WRITER CALLS BIDEN TOO OLD TO RUN IN 2024: ‘NO ONE WANTS TO SEE GRANDPOP IN THE DAMN COCKPIT’

Johnson said it would allow others to “get organized” and it would give potential Democrats time to prepare. “Do the opposite of what Donald Trump is going to do, which is to keep us all in suspense till the last minute.”

The New York Times reported Tuesday that Biden was annoyed by the questions surrounding him running again in 2024, saying that him and his top aides feel “a lack of respect from their party and the press.”

NY TIMES, MSNBC, CNN, OTHERS FLOAT DEMOCRATS’ CONCERNS ABOUT BIDEN’S AGE, QUESTION IF HE WILL RUN IN 2024

Todd asked NBC Capitol Hill correspondent Ali Vitali about where this “hammering” among Democrats was coming from, adding that he thinks it’s coming from those who want to run for president and governorships.

“I also do think there is some consternation around the idea that Biden came in saying he would restore the institutional norms, and maybe it’s because we are going through the January 6 hearings, and maybe it’s because the economy looks the way it does, but there’s this feeling that ‘you promised me it would be normal and this doesn’t feel like a normal that I want to accept,'” she said. “So certainly we’re normal post in whatever that sense that means.”

She added that this was an “agitating moment for female leadership,” and said that many feel that there are strong female leaders in the party, which could be contributing to Biden’s criticism.

The New York Times reported on June 11 that many Democratic lawmakers were concerned with Biden’s leadership abilities heading in to 2024.

“Many Democratic lawmakers and party officials are venting their frustrations with President Biden’s struggle to advance the bulk of his agenda, doubting his ability to rescue the party from a predicted midterm trouncing and increasingly viewing him as an anchor that should be cut loose in 2024, “the report said.