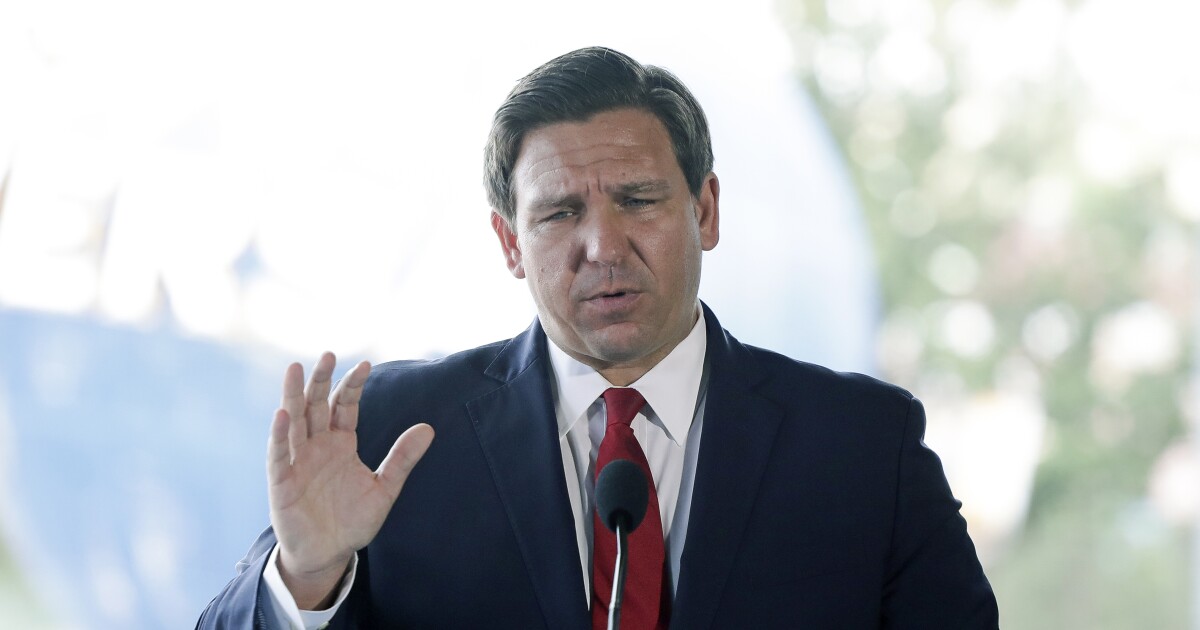 In 1967, Florida lawmakers authorized the creation of the Reedy Creek Improvement District, granting the Walt Disney Co. extraordinary powers of self-government, such as the ability to levy taxes and provide emergency services on land in central Florida that is home to the company’s sprawling theme park resort.

But those privileges could be stripped away thanks to a deepening rift between Disney and Florida Gov. Ron DeSantis over legislation critics has nicknamed the “Don’t Say Gay” bill.

And now DeSantis is lending his support to that effort, saying at a West Palm Beach press conference Thursday that the Burbank entertainment giant should not have any special privileges in the sunshine state.

“As a matter of first principle I don’t support special privileges in law just because a company is powerful,” DeSantis said. “They’ve lost a lot of the pull that they used to have and honestly I think that’s a good thing for our state. You should not have one organization that is able to dictate policy in all these different realms, and they have done that for many, many years. If that’s stops now, which it should, that would be a good thing for Florida.”

Earlier in the week, Republican lawmakers issued a similar threat.

“Yesterday was the 2nd meeting in a week w/fellow legislators to discuss a repeal of the 1967 Reedy Creek Improvement Act, which allows Disney to act as its own government,” Republican legislator Spencer Roach said on Twitter on March 30. “If Disney wants to embrace ideology, it seems fitting that they should be regulated by Orange County.”

A spokesperson for Disney was not immediately available for comment.

On Monday, Disney said Florida’s bill HB 1557 should not have passed or been signed into law.

“Our goal as a company is for this law to be repealed by the legislature or struck down in the courts, and we remain committed to supporting the national and state organizations working to achieve that,” the company said in a statement.

The company faced a revolt from employees after it tried to abstain from commenting on the controversial bill limiting classroom instruction on sexual orientation and gender identity.