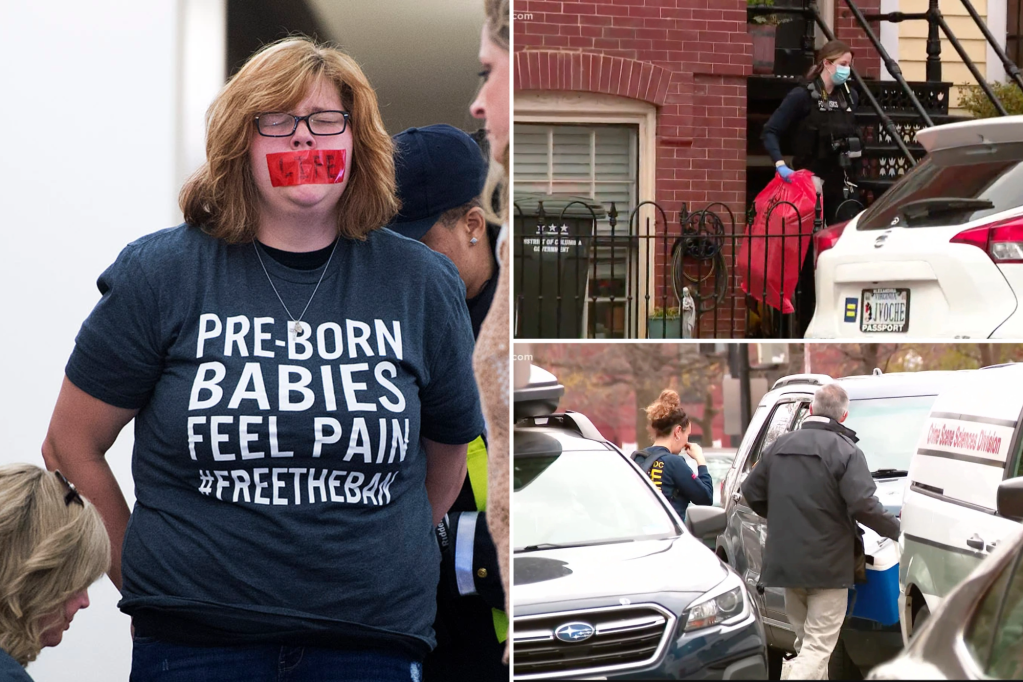 Five fetuses were found in the Washington DC home of a self-proclaimed anti-abortion activist who was indicted this week on federal charges for allegedly blocking access to a reproductive clinic.

DC’s Metropolitan Police Department made the shocking discovery after responding to a tip of “potential bio-hazard material” at a home in Southeast DC just after noon on Thursday.

Lauren Handy, the 28-year-old activism director for the anti-abortion group Progressive Anti-Abortion Uprising had been staying at the house, according to WUSA9.

She was one of nine people charged in an indictment unsealed Wednesday by a federal grand jury that accuses the group of traveling to the capital to block access to the reproductive health center.

Homicide and forensic services detectives were seen removing evidence in red biohazard bags and coolers from the home, video from the outlet shows.

Handy told reporters that “people would freak out when they heard” what was stored in coolers and said she expected the raid “sooner or later.”

“There doesn’t appear to be anything criminal about that — except for how they got into that house,” Benedict said.

The five fetuses were collected by Washington’s medical examiner and the investigation is ongoing, cops said.

According to the indictment, Handy had called the clinic pretending to be a prospective patient named “Hazel Jenkins” and scheduled an appointment in October 2020.

Once she arrived, eight others forced their way inside the clinic and began blocking the doors, prosecutors said.

Five of them chained themselves together on chairs to block the treatment area as others blocked the employee entrance to stop other patients from coming inside, the indictment alleges. Another suspect blocked people from coming into the waiting room, prosecutors charge.

Handy, along with the eight others, was charged with conspiracy against rights and violating the Freedom of Access to Physically Clinic Entrances Act, or FACE Act, which prohibits obstructing, intimidating or interfering with a person seeking reproductive health services.