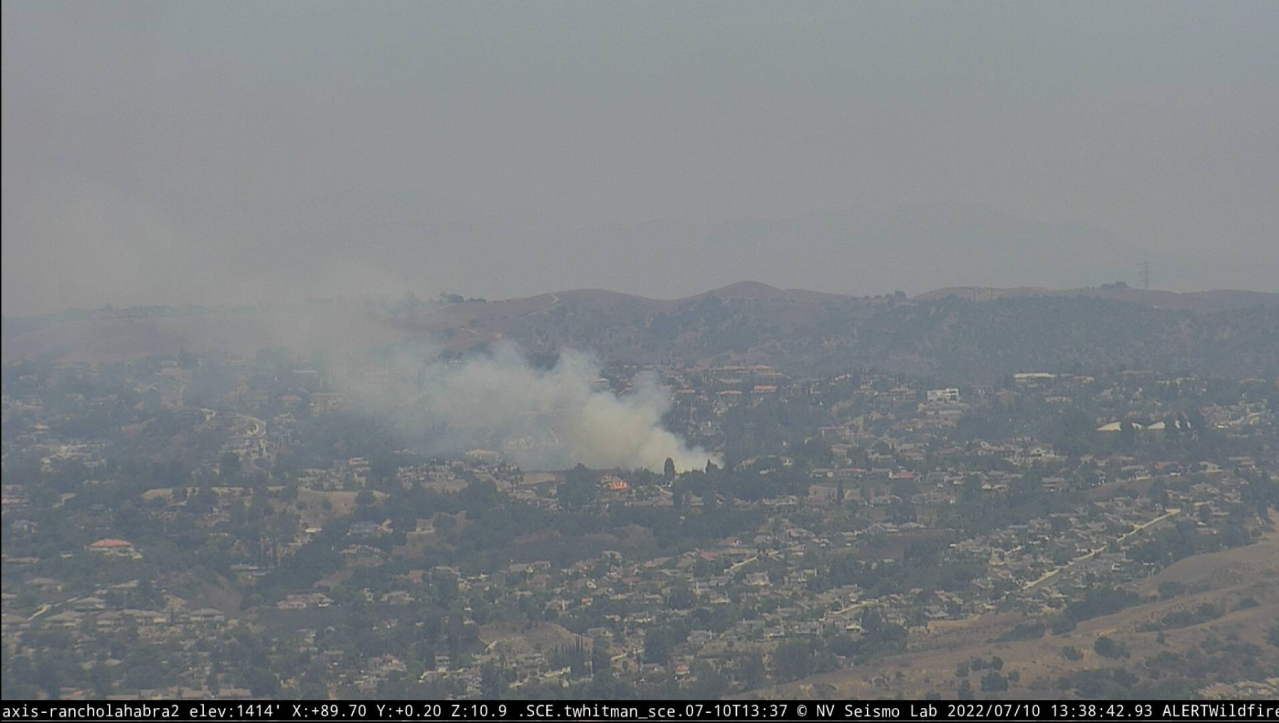 A brush fire burning in the Diamond Bar area burned more than 4 four acres and threatened structures, according to the Los Angeles County Fire Department.

The Cutoff Fire was first reported around 1:25 pm near the intersection of South Fallow Field Drive and South Brea Canyon Cutoff Road.

Homes and other structures were threatened by the brush fire, LACoFD fire officials said, but evacuations were not expected to be ordered.

Timelapse video from the ALERTWildfire camera atop Rancho La Habra showed a large plume of smoke around 1:40 pm, but the smoke cloud had cleared significantly around 2:30 pm

Temperatures near the fire were around 86 degrees with winds blowing from the southwest at 14 mph, the National Weather Service Los Angeles said on Twitter.

By 3:45 pm, LACoFD officials reported that the fire was mostly out, but firefighters would remain on scene due to the close proximity of homes to the smoldering ash.

One person was injured, but their injuries appeared to be minor.

County fire crews also responded to another fire burning in the Angeles National Forest near Tujunga, but that fire was under the jurisdiction of the National Forest Service. Los Angeles city fire officials said that fire had burned between 10 and 15 acres with the possibility of burning up to 1,000.