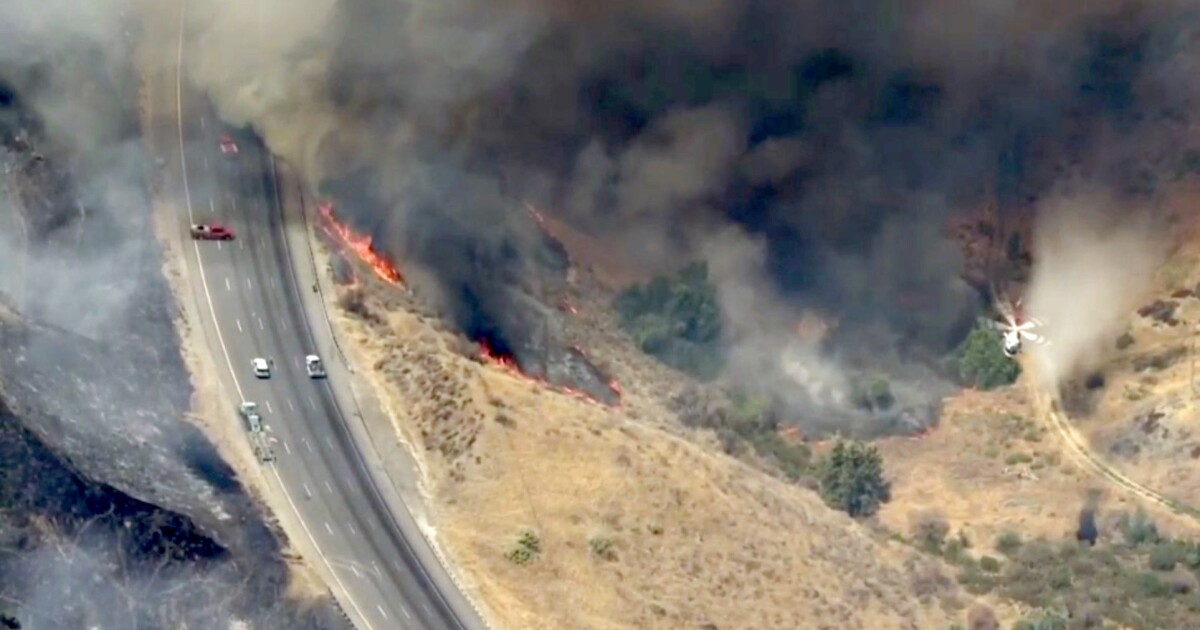 A wildfire near Castaic prompted mandatory evacuations and the closure of all lanes of the 5 Freeway on Wednesday afternoon as triple-digit temperatures hit Southern California.

The Route fire was first reported just after noon and was burning along the freeway near Lake Hughes Road, according to the Los Angeles County Fire Department.

“All residents ordered to evacuate to the north,” the department said in a tweet.

Two firefighters were transported to a hospital with minor heat-related injuries, the Fire Department said.

Temperatures in the area reached nearly 110 degrees by midday with 12% humidity, according to the National Weather Service.

A large tanker could be seen fire retardant along the fire line.

This is a breaking news story and will be updated as additional information becomes available.