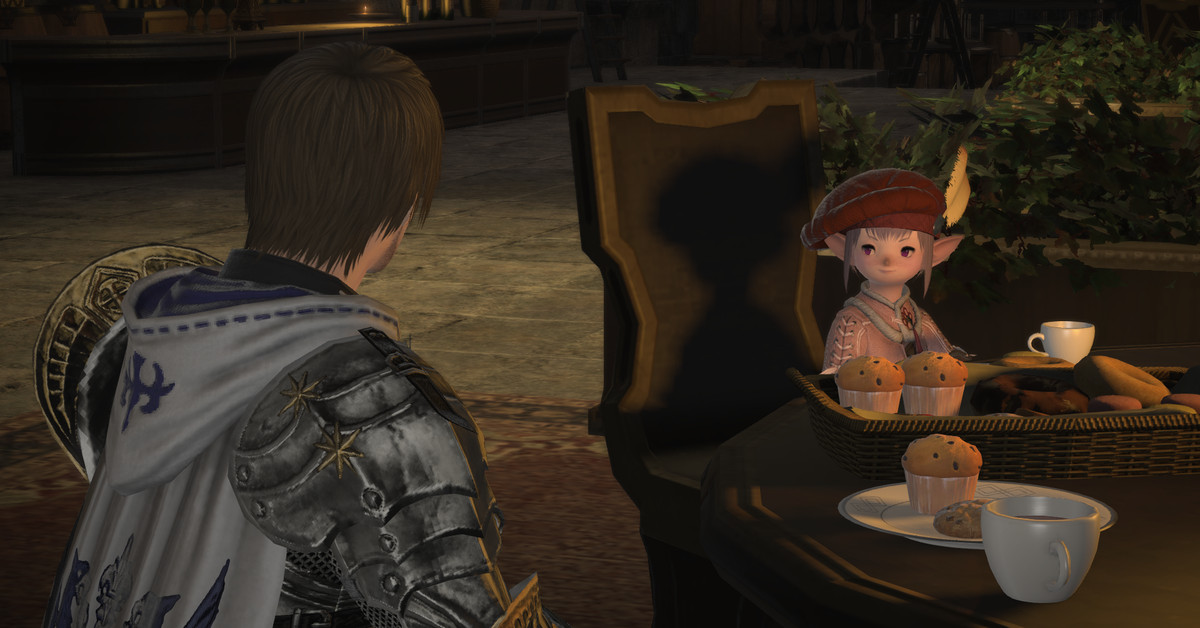 Newfound Adventure picks up where endwalker left off. Your friends, the Scions of the Seventh Dawn, have scattered across Eorzea doing their own thing now that they’ve prevented the end of all life in the galaxy. Events conspire to reunite the gang for some good old-fashioned low-stakes adventuring.

While I’m excited by the prospect of my Warrior of Light returning to her dungeon-delving, treasure-hunting roots, I am ever on the lookout for the slightest hint of what might come in the next expansion. In the trailer for Patch 6.1, we hear Y’shtola Rhul hint at her research into how to travel between the different shards or instances of our world. The Live Letter presentation with Yoshida also revealed that we’d be getting new side quests with resident himbo gentleman detective Hildibrand Manderville, who we see wash up on the purple shores of The First. My guess and hope is that future patches — if not the next expansion —might involves traveling to the other versions of Eorzea.

Tataru is the hardest-working lalafell in Eorzea. period

Final Fantasy‘s best girl Tataru Taru is getting her own adventure in patch 6.1. Tataru is the hardest-working lalafell in Eorzea. period She is a queen. She is the moment. She is the reason Eorzea still stands because she makes sure the people whose job it is to protect it had a snack and some water and a nap. It’s about time she got her own story for a change. And while I know her role dela is largely administrative, I hope there’s a future in which she could dust off her dela arcanist take and join us for a dungeon crawl or two.

Patch 6.1 will implement the Trust system for The Realm Reborn dungeons, meaning instead of waiting ages in a dungeon queue, you can party up with AI-controlled NPCs to complete a dungeon instead. The Final Fantasy XIV team is working on slowly rolling out the Trust system across the rest of the previous expansions.

There’s also a new raid, Myths of the Realm: Aglaia, which involves the 12 gods of Eorzea —something hinted at toward the end of endwalker. There will also be a new PvP battle, various and sundry class changes, and for the catboys out there, new hairstyles for hrothgar.

There’s so much going on in Patch 6.1, and it presents the perfect opportunity to engage with the game outside of the main story quest line. Patch 6.1 Newfound Adventure launches on April 12th.