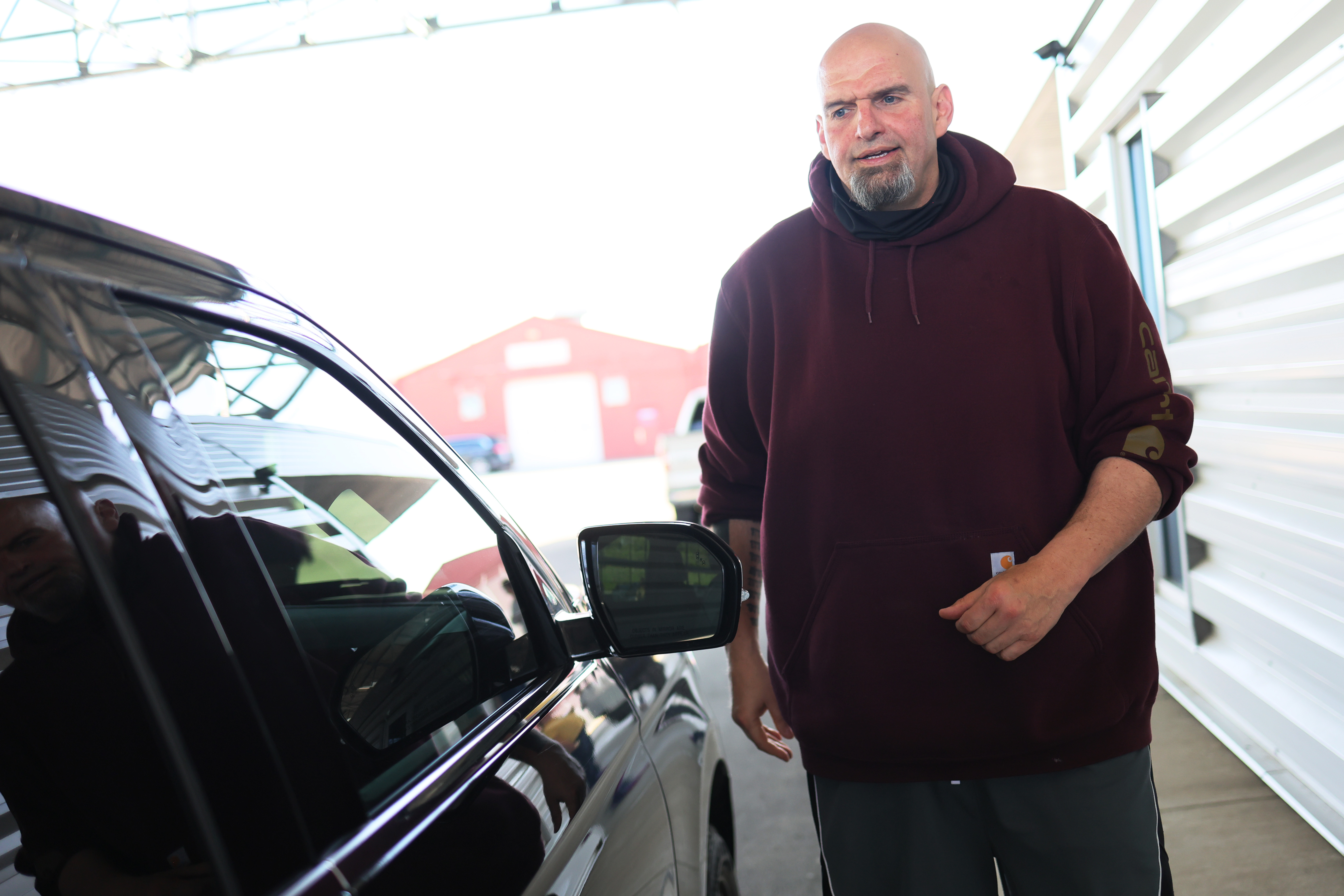 Braxton White, an Army veteran and local school board member, says in the spot that for years “Washington, DC attacked towns like” Braddock — a struggling steel town in southwestern Pennsylvania where Fetterman previously served as mayor — by writing “bad deals that felt away our jobs” and approving “the drugs that kill our kids.”

The ad then draws a contrast in Fetterman, saying that “for 20 years, he’s lived in a place like this, building, pushing, fighting.” It highlights his support for him for a $15 minimum wage, revitalizing the manufacturing industry, and “good American jobs.”

The 30-second spot, which begins airing Tuesday, will run on Fox News in the Pittsburgh, Scranton and Johnstown media markets. It will also air on broadcast television in Johnstown.

The campaign is launching another minute-long biographical spot that features Fetterman, the state’s lieutenant governor, himself. He filmed the commercial before he suffered a stroke in May.

The narrator states that he grew up in York, played football in Reading, and raised his family in Braddock. The anti-DC theme is hammered home again, with the spot saying that he is running for Senate “to take on Washington.”

“This is a race for the future of every community across Pennsylvania,” Fetterman says, as he talks about factories closing, rising, and small towns being prices left behind. “Those decisions were made for us, by people who don’t know us. And that’s exactly who we’re running against. Pennsylvania is our home, and it’s worth fighting for.”

Fetterman’s remarks are a not-so-subtle reference to the GOP Senate nominee Mehmet Oz, a longtime New Jersey resident who said he moved to Pennsylvania in 2020. Oz has additional ties to the state: He attended the University of Pennsylvania decades ago, and married his wife at City Hall in Philadelphia.

It is a relatively small ad buy: The Fetterman campaign said it is putting $250,000 behind the two spots from Tuesday to June 14. Fetterman spokesman Joe Calvello said “we plan to re-up the buy weekly as the GOP attacks keep coming.”