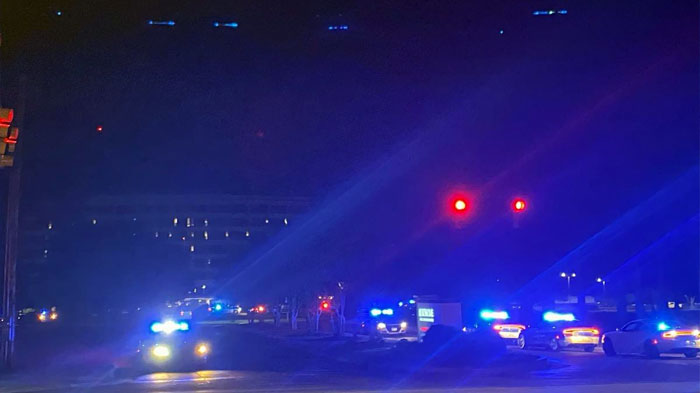 GOLDSBORO, NC (WNCN) — One person was shot inside a Goldsboro hospital Sunday night and the hospital was placed on lockdown for nearly an hour, Wayne County officials said.

The shooting was reported as an “active shooter incident” at 8:17 pm at Wayne UNC Health Care at 2700 Wayne Memorial Drive, according to Joel Gillie, spokesman for Wayne County.

Goldsboro police and the Wayne County Sheriff’s Office are at the scene, Gillie said.

The lockdown was lifted at 9:10 pm, according to a news release from Gillie.

“The suspect fled the scene after the shooting,” Gillie said in the news release, adding that the shooting was “domestic in nature.”

Goldsboro Police Chief Mike West told CBS 17 that the victim was shot in her leg while on the sixth floor of the hospital.

Law enforcement officers know the identity of the shooter and officers are “working to apprehend the suspect,” the news release said.

West said the suspect is a male, but did not offer a description or release a name.

The injured person, a female, suffered a non-life-threatening gunshot wound, according to Gillie.

Gillie said the incident is still under investigation.

There were no other details available.