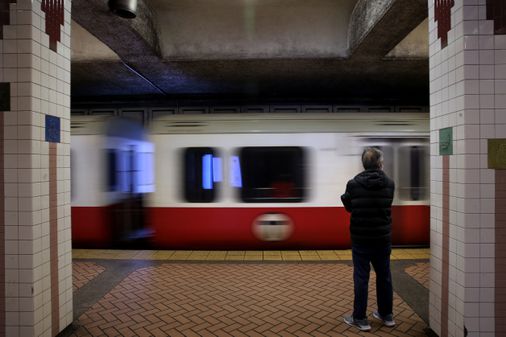 The Federal Transit Administration has ordered “an immediate safety standdown” at the Massachusetts Bay Transportation Authority affecting all workers who operate or secure out-of-service trains at the agency’s railyards amid ongoing issues with runaway trains.

FTA chief safety officer Joe DeLorenzo said safety briefings with hundreds of employees need to happen immediately because the federal agency has “determined that a combination of unsafe conditions and practices exist such that there is a substantial risk of death or personal injury,” according to a July 28 letter addressed to MBTA general manager Steve Poftak obtained by the Globe.

Starting at 12:01 am on Saturday, all workers who operate or secure out-of-service train cars must review and discuss the facts related to three recent runaway train incidents, including the one at Braintree Station on the Red Line on Monday, according to the letter, and be retrained on MBTA procedures.

“FTA is requiring a safety standdown to prohibit the MBTA from permitting any such worker who has not attended a safety briefing to move any rail transit vehicles in yards or shops,” the letter said.

The T must provide an update to the FTA every 24 hours starting Monday on its progress to brief all affected employees. Within five days, the T must submit to the FTA its procedures for taking apart and putting together trains, and within 10 days, the T must develop and implement a form to document results of vehicle inspections.

MBTA spokesperson Joe Pesaturo said hundreds of employees will be required to get the briefing and around 15 minutes is needed for each employee. The T will do the safety briefings on a rolling basis and anticipates the agency “can service at existing levels with little disruption,” he said via email.

“Fully supporting the FTA’s ongoing scrutiny of safety-related processes and practices, the MBTA is committed to providing the training and tools necessary for employees to create and maintain a culture in which safety is prioritized,” he said via email.

The MBTA already received an order from the FTA on June 15 to immediately address its runaway train problem by developing written procedures and training for moving out-of-service trains and a compliance program to make sure rules are followed.

The directive was one of four issued by the FTA as it finishes its months-long inspection of safety at the MBTA started in mid-April. The federal agency has only intervened on the local level in this way once before, and began to scrutinize the T after a series of safety incidents including the April 10 dragging death of a Red Line passenger at Broadway Station in Boston.

Pesaturo said since the FTA directive, the T has issued new “safety directives, trainings, and [policies] for operators regarding train movements in rail yard facilities and car houses.”

Yet, early Monday morning, a two-car Red Line train with “diminished braking capacity” moved out of an MBTA rail yard and onto the tracks at Braintree Station when an operator on board lost control, upending morning commutes. The train eventually came to a stop about 800 feet north of the station, Pesaturo said at the time. No one was injured.

The T has reported five runaway train incidents to the FTA in the past year, including Monday’s, according to the federal agency. One of those involving Red Line cars in December resulted in three injuries.

A final report from the FTA is expected in August.