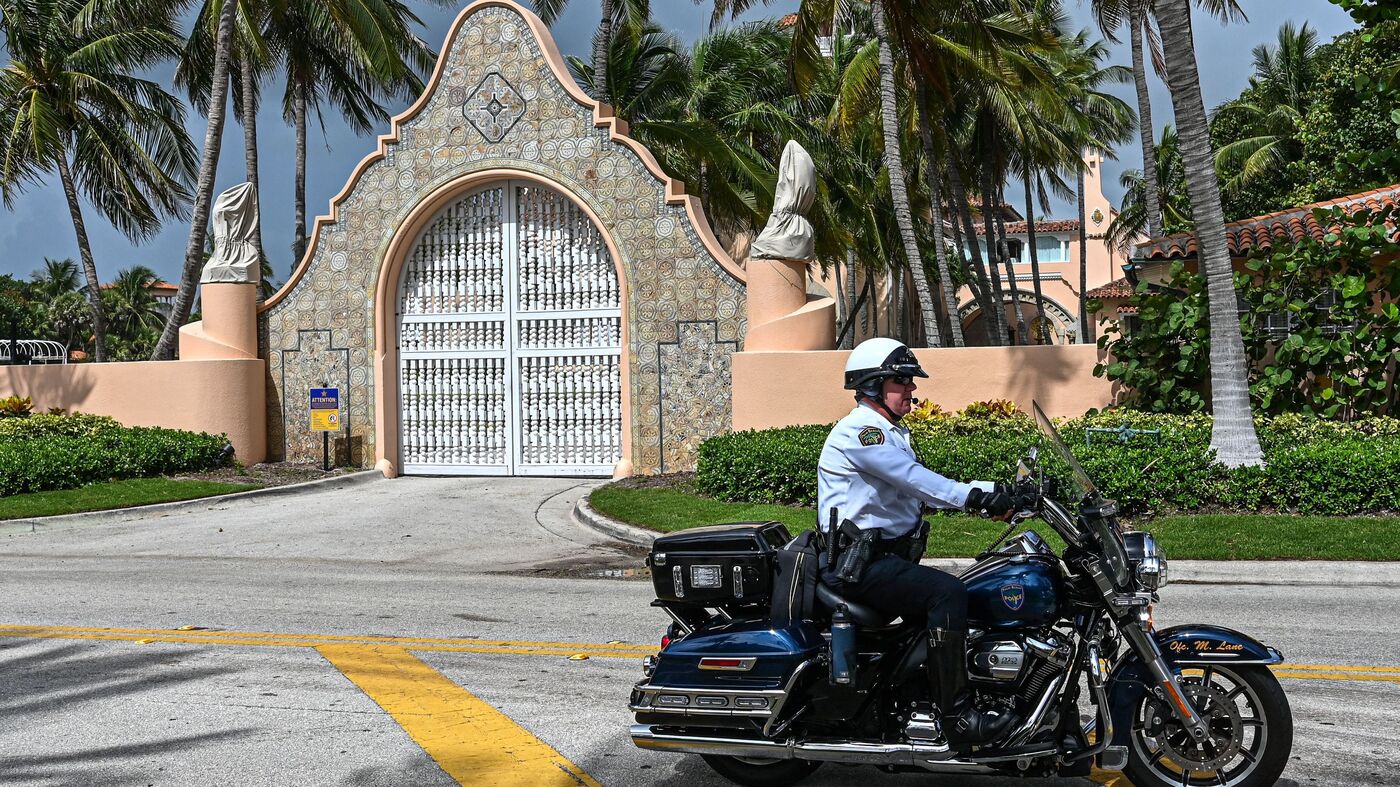 A local law enforcement officer is seen in front of the home of former President Donald Trump’s Palm Beach, Fla., home, on Aug. 9, the day after it was searched by FBI agents for classified documents.

A local law enforcement officer is seen in front of the home of former President Donald Trump’s Palm Beach, Fla., home, on Aug. 9, the day after it was searched by FBI agents for classified documents.

A federal judge will decide Thursday on how to move forward with former President Trump’s request to have a special master assigned to review the documents seized from Trump’s Florida home earlier this month.

A special master is a third party, typically an attorney, appointed by the court in cases where there is sensitive material. Trump’s request for a special master was the first legal move his made team in the aftermath of the FBI search of his Mar-a-Lago resort on Aug. 8.

Over the weekend, the federal judge said she was inclined to grant Trump’s request.

The Department of Justice, though, argued in a filing this week that the “appointment of a special master is unnecessary and would significantly harm governmental interests, including national security interests.”

The department also wrote that in the months it took for the DOJ to try and retrieve the documents, Trump’s lawyers did not make the argument that the former president had declassified the documents he was holding at Mar-A-Lago, which they are now putting forward.

The filing raised questions of whether Trump and his team attempted to obstruct justice by concealing or removing some of the documents authorities wanted.

In a response, Trump’s attorneys downplayed the Justice Department’s concerns about the classified material found at Mar-a-Lago, saying in a filing Wednesday that there was no “cause for alarm.”

They added that the Justice Department “significantly mischaracterized” in their filing a meeting in June between prosecutors and Trump’s legal team. And, they added, that without a special master, prosecutors will “impugn, leak and publicize” details of its investigation.

The court hearing before US District Judge Aileen Cannon in Florida is set for Thursday at 1 pm ET.

Legal experts say a special master is a procedural step, but could delay the investigation

Some experts say that if a federal judge does approve Trump’s request for a special master in Thursday’s hearing, it could potentially delay further the FBI’s investigation.

“If a special master were appointed, then he or she would be given some time in which to review the records,” David Laufman, an attorney who formerly led the Justice Department’s counterintelligence section, told NPR. “And they would sift through materials to determine if anything is truly privileged or not.”

Laufman added that he thinks Trump’s request for a special master was primarily a move to undermine public confidence in the DOJ and FBI.

The team at the Justice Department has already reviewed many of the documents and identified some that are covered by attorney-client privilege.

Overall, though, Neal Katyal, former acting solicitor general of the United States, told NPR that the potential appointment of a special master is “a large nothingburger.” He says even if a special master was appointed and some of the documents did get returned to Trump, they would be documents that the FBI and DOJ have already seen.

“It’s just going to be a procedural hoop that the Justice Department will have to work through,” Katyal said.