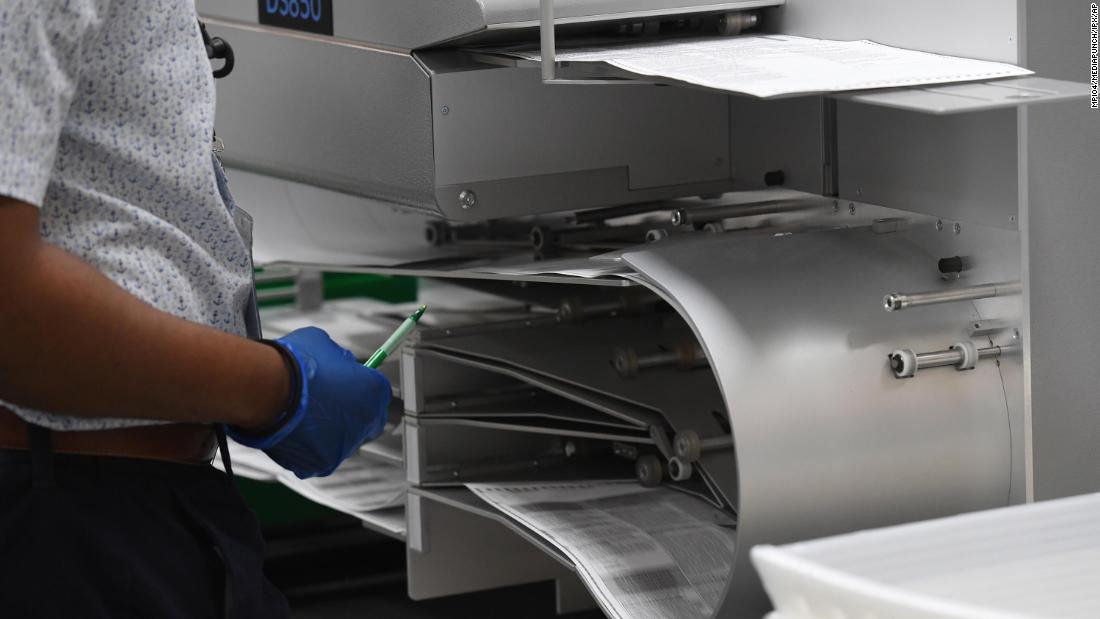 US District Judge Mark Walker’s scathing, 288-page opinion said some of the provisions in question were passed with the intent of targeting “Black voters because of their propensity to favor Democratic candidates.” If appealed, the sweeping ruling will go to an appellate court with a conservative lean.

Walker’s ruling also put Florida under a Voting Rights Act requirement that the state must seek federal approval for any future election rule changes that are similar to the provisions the judge blocked on Thursday.

“This is the judicial equivalent of pounding the table,” Florida Gov. Ron DeSantis, a Republican, said Thursday at a news conference. “And I think it was performative partisanship.”

“I think that’s going to be reversed on appeal,” he added, “the only question is how quickly.”

Officials in the offices of the secretary state and attorney general did not have immediate comment on the ruling.

The measures that were struck down were part of a law known as SB 90, which was passed last year amid a slew of restrictive voting laws across the country that were inspired, in part, by former President Donald Trump’s lies about mass election fraud in 2020 .

Walker’s ruling, however, tied the new restrictions to Florida’s history of discriminating against voters of color, as well as contemporary evidence that the 2021 measure’s supporters knew that it would disproportionately burden Black voters.

Specifically, the judge blocked the law’s provisions scaling back the availability of mail ballot drop boxes; its restrictions on providing aid like water, fans and snacks to those waiting in line to vote; and its more stringent rules for voter registration drives. Walker said the provisions violated the Voting Rights Act, as well as the Constitution’s 14th and 15th Amendments.

Walker went a step further in putting Florida under the Voting Rights Act provision known as preclearance, which requires certain states to seek the okay of a federal judge or the Justice Department when making changes to its election rules. For the next 10 years, under his ruling, the state will need to seek preclearance for laws and regulations concerning voter registration drives, drop boxes or so-called line warming activities.

“Without preclearance, Florida could continue to en such laws, replacing them every legislative session with skepticism. if courts view view. Such a scheme makes a mockery of the rule of law,” Walker wrote.

Walker also tied the fight for voting rights to Russia’s invasion of Ukraine.

“The current war in Ukraine, in which the Ukrainian people are fighting and dying to maintain the freedoms we take for granted — namely, the right to have a voice and not to be ruled by a despot — provides a poignant reminder of both the value and fragility of democracy,” the judge wrote.

Amia Trigg, senior counsel with the NAACP Legal Defense and Educational Fund — one of the groups that challenged the Florida law — said Walker’s decision “recognized that SB 90 is the latest stain in a long history of voting laws which restrict Black political participation .”