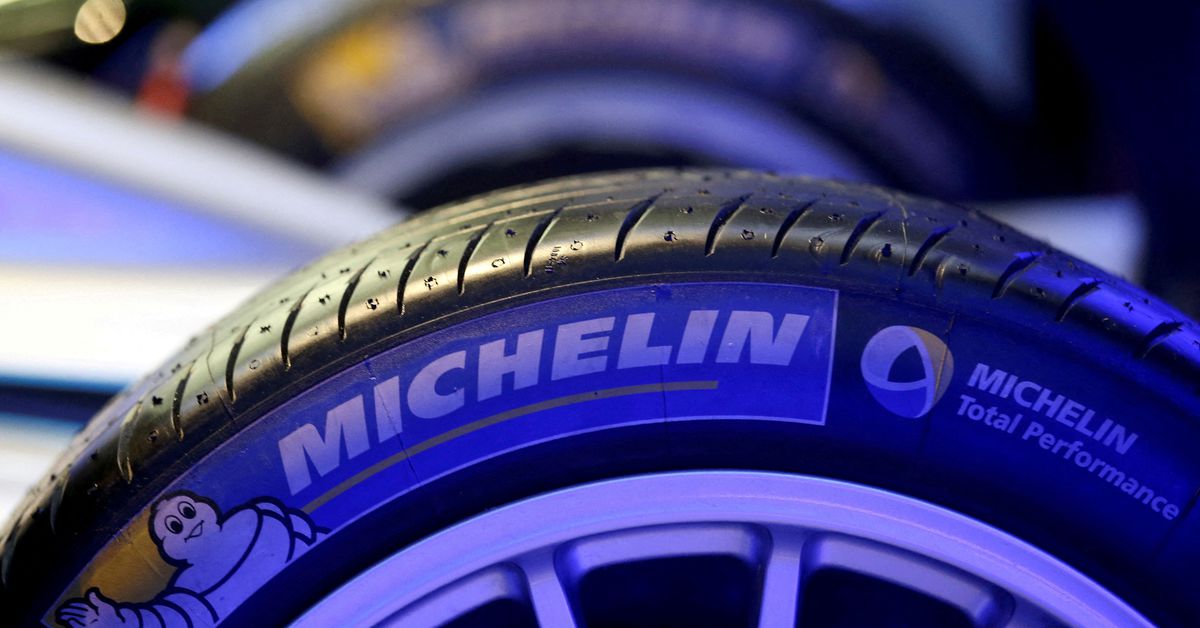 The logo of French tire maker Michelin is seen on a Formula E racing car in Rome, Italy May 17, 2016 REUTERS/Alessandro Bianchi//File Photo

AIX-EN-PROVENCE, France, July 10 (Reuters) – France’s energy-intensive companies are speeding up contingency plans and converting their gas boilers to run on oil as they seek to avoid disruption in the event any further reduction in Russian gas supplies leads to power outages.

Gathered over the weekend at a business and economics conference in southern France, several top executives said they were preparing for possible blackouts.

“What we’ve done is we’ve converted our boilers, so they’re capable of running on gas or oil, and we can even switch to coal if we need to,” said Florent Menegaux, the boss of Michelin (MICP. PA), one of the world’s leading tire-makers.

“The aim is to avoid having to shut down a plant in case we face a shortage,” he added, saying that while a gas shortage in Europe was likely, oil would still be available as an alternative.

It takes days to start up tire production at a manufacturing plant, Menegaux said, making it essential to maintain a steady energy supply.

Russia in June reduced flows through the Nord Stream 1 pipeline, its main route for shipping gas into western Europe, to 40% of capacity. Politicians and industry are concerned there will be further supply constraints linked to Russia’s invasion of Ukraine, which Moscow describes as a “special military operation”.

Across Europe, industry has been resorting to more polluting fuel than gas as it gives precedence to tackling the cost to the economy of business disruption and surging energy prices, rather than longer-term targets to switch to zero carbon fuel.

French Finance Minister Bruno Le Maire told the top corporate executives attending the conference it would be irresponsible not to prepare for shortages.

“Let’s prepare for a cut-off of Russian gas,” he told them. “Today it’s the most likely scenario.”

France, relies on nuclear power for around 70% of its electricity, meaning it is far less directly dependent on Russian gas than neighboring Germany.

However, the state-controlled electricity producer EDF (EDF.PA) is struggling to meet France’s needs because of outages at its aging power plants, increasing the strain on the rest of the energy sector.

Energy production at 29 of its 56 nuclear reactors has been halted by inspections and repairs.

The French government is checking company-by-company which ones depend on an uninterrupted energy supply.

It has also sought to reduce the impact of a surge in energy prices by capping retail gas and power prices until the end of the year, which has helped to keep French inflation among the lowest in Europe.

A chairman of another large industrial company, who asked not to be named, told Reuters on the sidelines of the conference he believed all big businesses were looking at a switch to oil.

Automaker Stellantis (STLA.MI) is weighing options to produce its own energy in the case of an energy crunch, Chief Executive Carlos Tavares said at a French factory last month.

These include building its own energy plant or investing in an existing one to secure part of the production.

Poland’s former energy minister Michal Kurtyka, whose country relies on coal for 70% of its energy, told executives at the conference that Europe was headed for a “perfect storm” this winter.