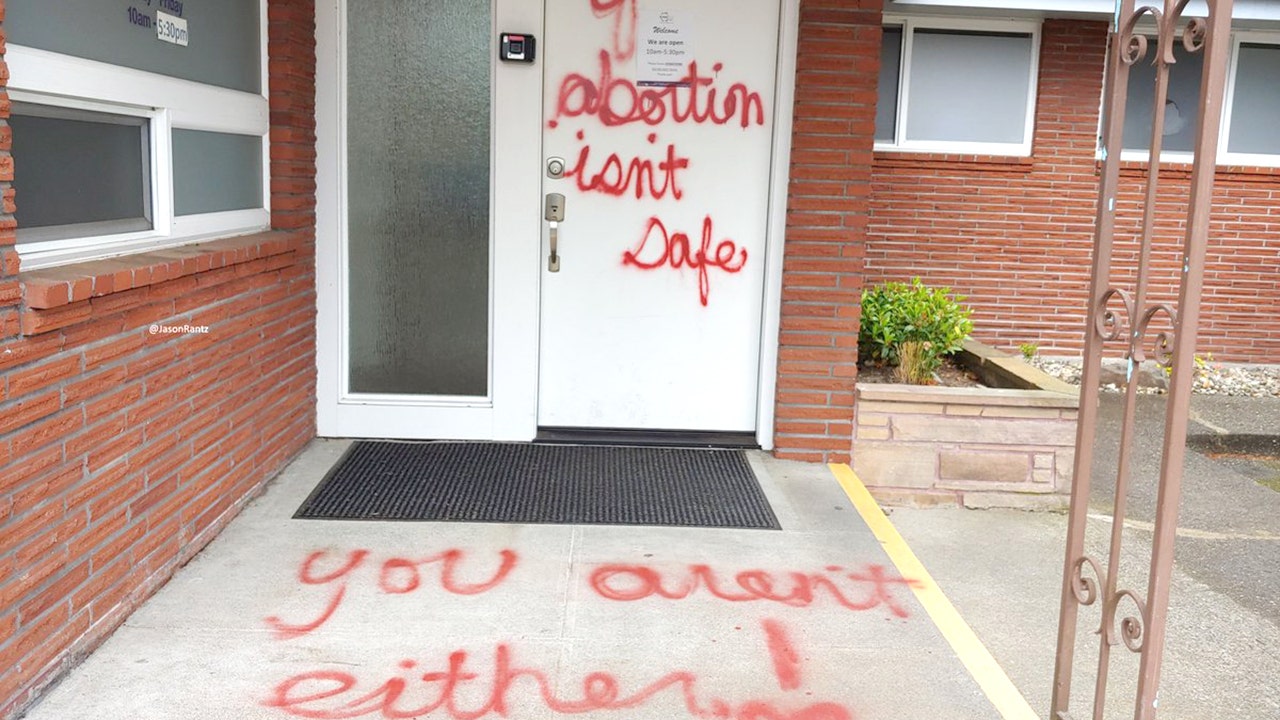 The FBI is investigating recent attacks on pregnancy centers ahead of a Supreme Court decision on Roe v. Wade as potential acts of domestic violent extremism, the bureau said Friday.

“The FBI is investigating a series of attacks and threats targeting pregnancy resource centers and faith-based organizations across the country,” the FBI said in a statement. “The FBI takes all threats seriously and we continue to work closely with our law enforcement partners and will remain vigilant to protect our communities.”

The bureau asked anyone who has information on the attacks or potential threats to alert law enforcement, call their local FBI field office or email tips.fbi.gov.

A pro-life pregnancy center’s office building in Buffalo, New York, was vandalized and the scene of suspected arson.
(CompassCare)

The pro-choice group “Jane’s Revenge” has recently taken credit for attacks on pro-life organizations, including for the attack on Wisconsin Family Action last month and throwing red paint on a crisis pregnancy center in Washington, DC last week.

Federal authorities are investigating a fire that took place at a pregnancy resource center in Gresham, Oregon early Friday morning.

The building was heavily damaged during the fire, according to the Gresham Fire Department KOIN reported. Officials said there were no reported injuries as a result of the fire.

The incident occurred not long after a pro-life Christian pregnancy center in New York was also allegedly the target of an act of arson, according to police.

The CEO of the pro-life Christian pregnancy center in Buffalo, which was “firebombed” allegedly by a left-wing group, slammed Democratic political leaders for staying “eerily silent” and not denouncing the violence.

David Spunt currently serves as a Washington DC based correspondent for FOX News Channel (FNC). He joined the network in December 2018.