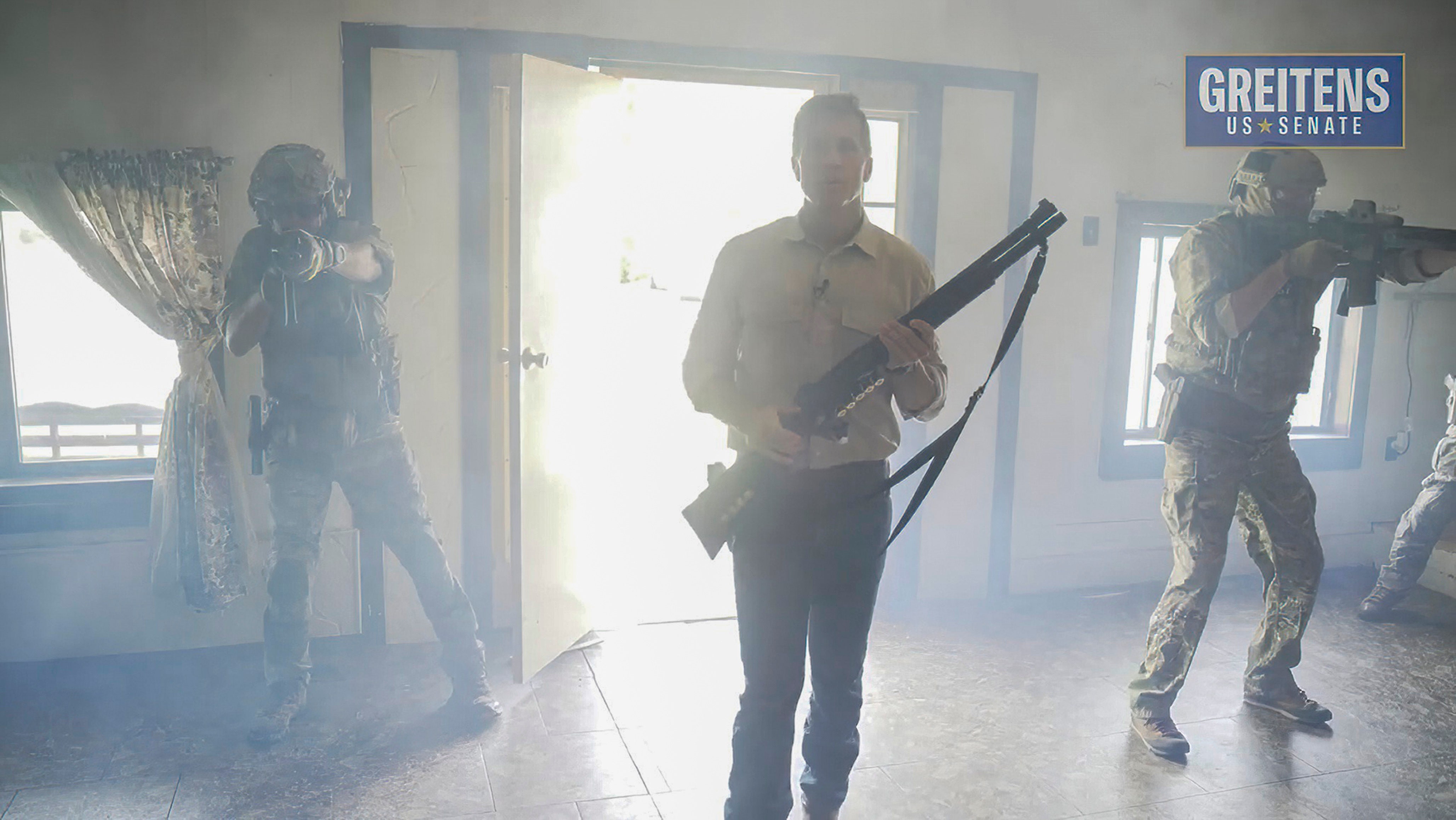 Facebook removed a campaign video Monday from Missouri Republican Senate candidate Eric Greitens over a violation of the platform’s rules against violence.

In the video, Greitens is seen holding a gun and stating that he is hunting RINOs, or Republicans In Name Only.

The ad includes the former Missouri governor being flanked by an armed tactical unit on a street outside a home as he says, “The RINO feeds on corruption and is marked by the stripes of cowardice.”

The tactical team breaks through the front door and coughs flash-bang grenades inside the home. Greitens then enters an empty living room through the smoke and urges voters to get a “RINO hunting permit.”

“Join the MAGA crew. Get a RINO hunting permit. There’s no bagging limit, no tagging limit and it doesn’t expire until we save our country,” he said in the clip.

Facebook said the video was taken down because it violated policies “prohibiting violence and incitement.”

Twitter allowed Greitens’ ad to stay on the platform because, while it violated its rules on abusive behavior, the clip was in the “public’s interest,” although retweets, likes and replies have been restricted.

PENCE ATTACKS BIDEN FOR ‘MAN-MADE ECONOMIC-CRISIS,’ WARNS HE WILL ‘BUILD US BACK BROKE’

Greitens is battling for the competitive Aug. 2 GOP primary, hoping to fill the seat being vacated by retiring Republican Sen. Roy Blunt.

The new ad comes as Greitens is struggling to move past allegations of domestic abuse made in a sworn affidavit filed in March by his ex-wife amid their child custody dispute.

His former spouse claims he physically abused her and one of their children. She also said his threats to kill himself if she did not provide “specific public support to him” demonstrated “unstable and coercive behavior” leading to others having to intervene to limit his access to firearms, court documents state.

Greitens has denied the allegations, but they have hurt him on the campaign trail.

He resigned as governor in 2018 amid criminal investigations, and after he faced accusations of having an extramarital affair with his hairdresser and snapping a compromise picture of her so she would refrain from speaking about it.

His wife’s lawyer, Helena Wade told The Kansas City Star that she would “absolutely” use the new campaign video against him in court.

“This is over the line,” Wade said. She suggested she would file court papers to make the video an exhibit in the court case.