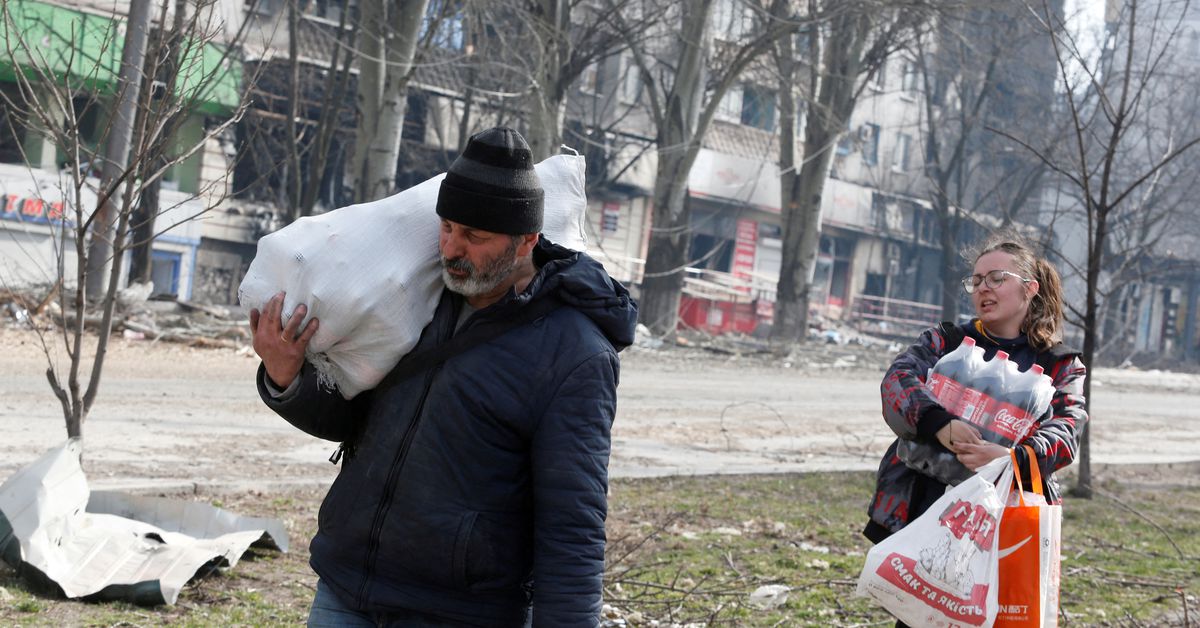 WASHINGTON/UNITED NATIONS, March 31 (Reuters) – US government images seen by Reuters showed what a US official said was damage to grain storage facilities in eastern Ukraine and was indicative of the severity of Russian attacks that are impacting the global food supply.

The two black-and-white images showed long rectangular buildings in eastern Ukraine, first seen intact in January and then with damaged roofs and what a key calls “impact craters” in March.

The US official, commenting on the unclassified images, said the United States has information that Russian forces are repeatedly damaging grain storage facilities in eastern Ukraine.

“As of late March, at least six grain storage facilities had been damaged as a result of these attacks,” the official said.

The development comes as officials around the world worry about the fallout to the global food supply from the invasion of Ukraine, the world’s fourth largest grain exporter in the 2020/21 season. read more

“Russia’s reckless damaging of these grain silos is a clear-cut example of how Putin’s war directly affects civilians in Ukraine and threatens food security around the world,” the official said.

“With countries across Africa and the Middle East reliant on Ukrainian wheat exports, the destruction of these food stocks and storage facilities could result in shortages and drive up prices in already vulnerable economies,” the official said.

The Biden administration has repeatedly shared its intelligence publicly to put pressure on Putin over his invasion of Ukraine.

Deputy Secretary of State Wendy Sherman, at the UN Security Council meeting on Ukraine on Tuesday, said Russia has bombed at least three civilian ships carrying goods from Black Sea ports to the rest of the world, including one chartered by an agribusiness company.

The Black Sea is a major shipping route for grain, oil and oil products. Its waters are shared by Bulgaria, Romania, Georgia and Turkey, as well as Ukraine and Russia.

Sherman said the Russian navy is blocking access to Ukraine’s ports, essentially cutting off exports of grain and reportedly preventing approximately 94 ships carrying food for the world market from reaching the Mediterranean.

“It’s no wonder many shippers are now hesitant to send vessels into the Black Sea, even to Russian ports, given the danger posed by Russian forces,” she said.

Russia’s UN ambassador, Vassily Nebenzia, refuted Sherman’s statement. He accused Ukrainian troops and “nationalists” of shooting at fleeing civilians, then added: “And yet today, we’re being told that we’re allegedly bombing vessels with grain as well as grain storage warehouses.”

Ukraine accused Russia on Wednesday of planting mines in the Black Sea and said some of those munitions had to be defused off Turkey and Romania as risks to vital merchant shipping in the region grow. read more