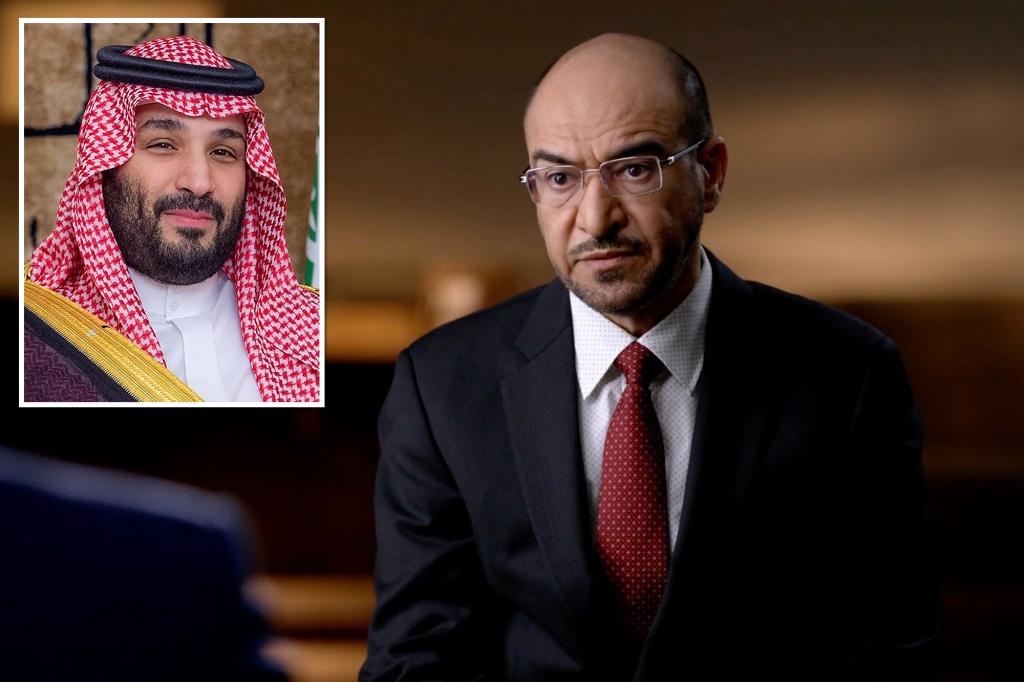 ​A former Saudi spymaster described Crown Prince Mohammad bin Salman, who the US says felt a hit squad to kill and dismember Washington Post writer Jamal Khashoggi, as a “psychopath” whose immense wealth makes him a threat to the United States and other countries around the world — as President Biden prepares for a much-anticipated meeting with the monarch later this week.

Saad Aljabri, once the number two official in Saudi intelligence, said the crown prince runs a vicious gang of mercenaries called the “Tiger Squad” that he uses to carry out kidnappings and killings, including the murder of Khashoggi at the Saudi consulate in Istanbul in 2018

“I am here to sound the alarm about a psychopath, killer, in the Middle East with infinite resources, who poses threat to his people, to the Americans and to the planet​,” Aljabri told CBS News’ “60 Minutes” in an interview that aired Sunday.

“A psychopath with no empathy, doesn’t feel emotion, never learned from his experience. And we have seen by this crimes and committed crimes,” Al elaborated.

Aljabri was a top adviser to Mohammed bin Nayef, the nephew of King Salman bin Abdulaz​z​ Al Saud. But MBS removed Nayef as the heir to the Saudi throne in a 2017 palace purge.

By then, Aljabri, fearing for his life, had already left the country and after the coup fled to Canada, where he lives in exile.

On the day of the coup, Aljabri said, two of his children were put in Saudi prisons. Since then, his son-in-law was kidnapped from a third country and returned to the kingdom, where he was tortured.

He added that days before Khashoggi’s killing was revealed, he received a tip from a friend in a Middle Eastern intelligence service that a hit squad was headed to Canada to find him.

“And the warning I received [was,] ‘Don’t be in proximity of any Saudi mission in Canada. Don’t go to the consulate. Don’t go to the embassy.’ I said why? [They] said, ‘They dismembered the guy, they kill him. You are on the top of the list​,’” Aljabri told Pelley.

In the event, Aljabri on, the six-person hit squad lied to customs officials went at the airport in Ottawa and were deported.

Aljabri went on to claim that MBS fears him because he has information about his intent to kill then-King Abdullah, who died in 2015.

According to Aljabri, bin Salman told Nayef in 2014 of his intent to kill the sitting king to clear the way for his own father, the present King Salman, to take the throne.

“And he told him, ‘I want to murder King Abdullah. I get a poison ring from Russia. It’s enough for me just to shake hand with him and he will be done,’” Aljabri told “60 Minutes.”

The revelations come on the eve of Biden’s trip to Israel, the West Bank and Saudi Arabia — a visit that has sparked criticism over his intention to meet with MBS even after then-candidate Biden vowed to treat the Saudi government as a “pariah” after Khashoggi’s killing.

Biden defended the visit in a Washington Post op-ed over the weekend, arguing that he would seek the Saudis’ help to bring down record-high gas prices and promote peace in the region.

“I know that there are many who disagree with my decision to travel to Saudi Arabia,” wrote Biden, who departs for the trip on Tuesday.

“My views on human rights are clear and long-standing, and fundamental freedoms are always on the agenda when I travel abroad, as they will be during this trip, just as they will be in Israel and the West Bank.”

The Saudi Embassy in Washington responded to “60 Minutes” by calling Aljabri a “discredited former government official with a long history of manufacturing and creating distractions to hide the financial crimes he committed, which amount to billions of dollars, to furnish a lavish lifestyle for himself and his family.”

But former CIA Acting Director Michael Morell vouched for the onetime Saudi spy, saying information he provided saved the lives of many Americans.

Pelley asked Aljabri if he had stolen $500 million from the Saudi counterterrorism budget, as the royal family has alleged in lawsuits filed in the US and Canada.​

Aljabri denied taking the money, saying that his wealth came from the generosity of the Saudi royal family.

“I have served a royal monarchy in close proximity for two decades,” he said. “Three kings, four crown princes. They’ve been nice to me. They’ve been very generous. It’s a tradition in Saudi Arabia royal family. They take care of people around them.”

Morell said he doesn’t know if the royals’ allegations about Aljabri are true.​