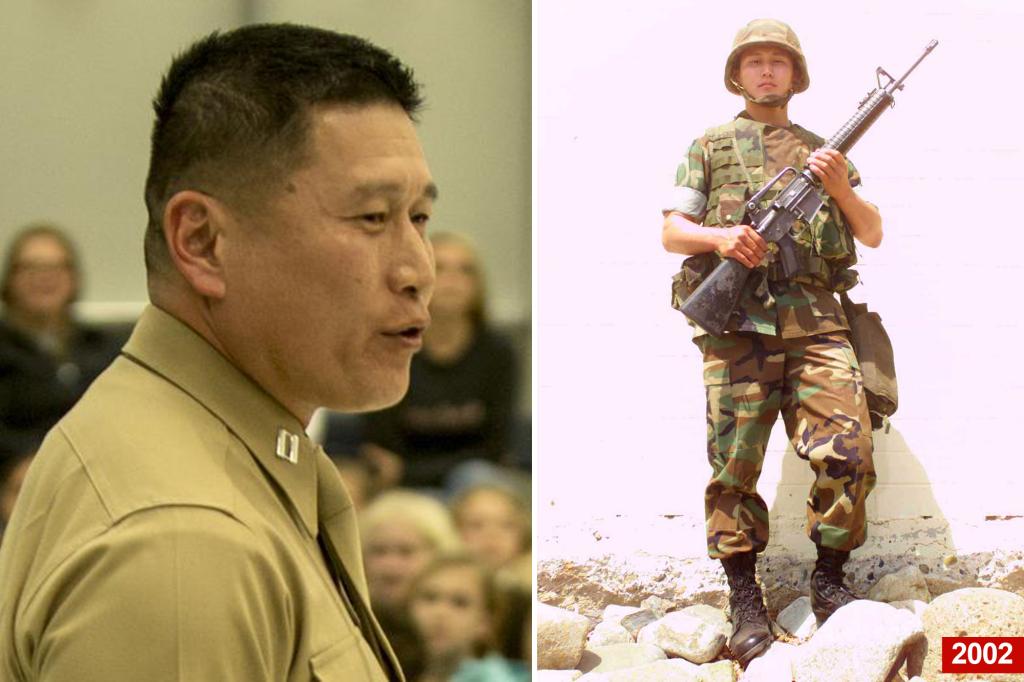 A highly decorated, recently Marine captain is the third US veteran missing in action during the Ukraine war, his family and friends have said.

Grady Kurpasi — who joined the Marines after witnessing the Sept. 11 terror attacks while living in New York City — was last in contact with his loved ones on April 24, a family friend, George Heath, first told CNN.

Two days later, the Purple Heart vet left his post to “investigate” sudden “small arms fire,” and Kurpasi radioed his unit that the Ukrainian military was also opening fire, the family was told.

“That was the last time anyone heard from him,” Heath told CNN.

State Department spokesman Ned Price had confirmed Thursday that it had been alerted to a third US citizen missing in action in Ukraine.

“There are reports of one additional American whose whereabouts are unknown … Our understanding was that this individual had traveled to Ukraine to take up arms,” Price told reporters.

The State Department told Kurpasi’s wife, Heeson Kim, that he was being treated as missing in action because his body has not been found or identified, Heath told CNN.

Kurpasi, a captain who had only retired from the Marines in November, had arrived in Ukraine on March 7, less than two weeks after Russia invaded.

He went to help civilians, “not to be in firefights,” said Heath, also a Marine veteran who had served under Kurpasi, who was living in Wilmington, North Carolina, before leaving for Ukraine.

“For him personally, he has a skill set that he feels he can give back,” he insisted. “He wanted to go and help the Ukrainian people. He wasn’t really planning on fighting,” Heath said.

“It just ended up being that way in the end.”

The missing veteran had been deployed four times, including three to Iraq, during his 20 years in the Corps.

“He always led from the front. He always took care of his Marines,” he said.

The State Department insisted Thursday that reports of the men being missing had yet to be confirmed, and they had not seen anything to suggest they were being held by invading forces.

“As of today, we have not raised this yet with the Russian Federation,” Price said.

However, he stressed that “the Russians have certain obligations” if the men had been captured.

Prisoners of war must be “afforded the treatment and protections commensurate with that status, including humane treatment and fundamental process and fair-trial guarantees,” he said.