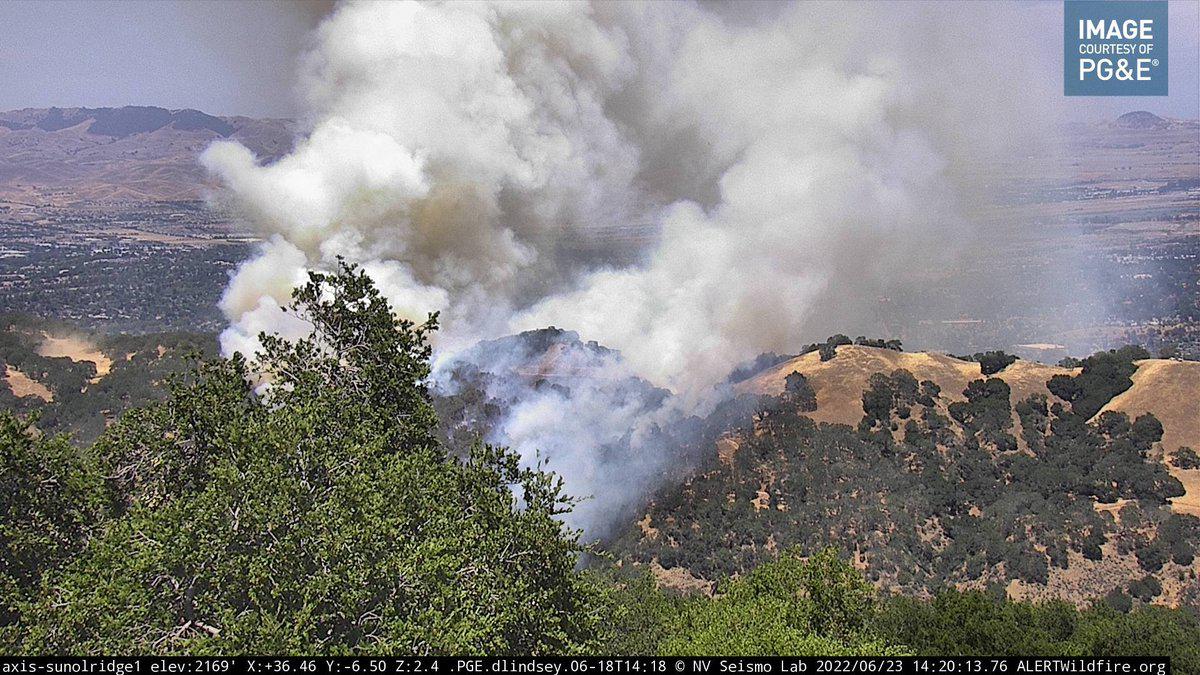 Some East Bay residents were ordered to evacuate Thursday due to a wildfire burning on the Pleasanton ridge, authorities said. Cal Fire is calling this blaze the Canyon Fire.

Cal Fire’s Santa Clara Unit announced at 4:30 pm that forward progress of the blaze had stopped and the fire was holding at 65 acres.

Residents living in the area of ​​Golden Eagle were ordered to evacuate because of a fire vegetation blazing on Foothill Road between Bernal Avenue and Castlewood Drive, Pleasanton Police Department officials said at 2:46 pm on Twitter.

Additional evacuations were ordered for residents in the Kilkare Road area of ​​Sunol and the Golden Eagle Estates in Pleasanton.

Evacuated residents may seek shelter at Pleasanton Library, located at 400 Old Bernal Ave., which has been designated by authorities as a shelter, Pleasanton Police said.

Other fires were blazing in the Bay Area region on Thursday, including vegetation fire near the area of ​​Buena Vista Lane and Timm Road in Vacaville and in the Sunol areaaccording to Cal Fire officials on Twitter.

Smoke from the Sunol-area fire could be seen from Fremont, according to Fremont Fire Department officials on Twitter.