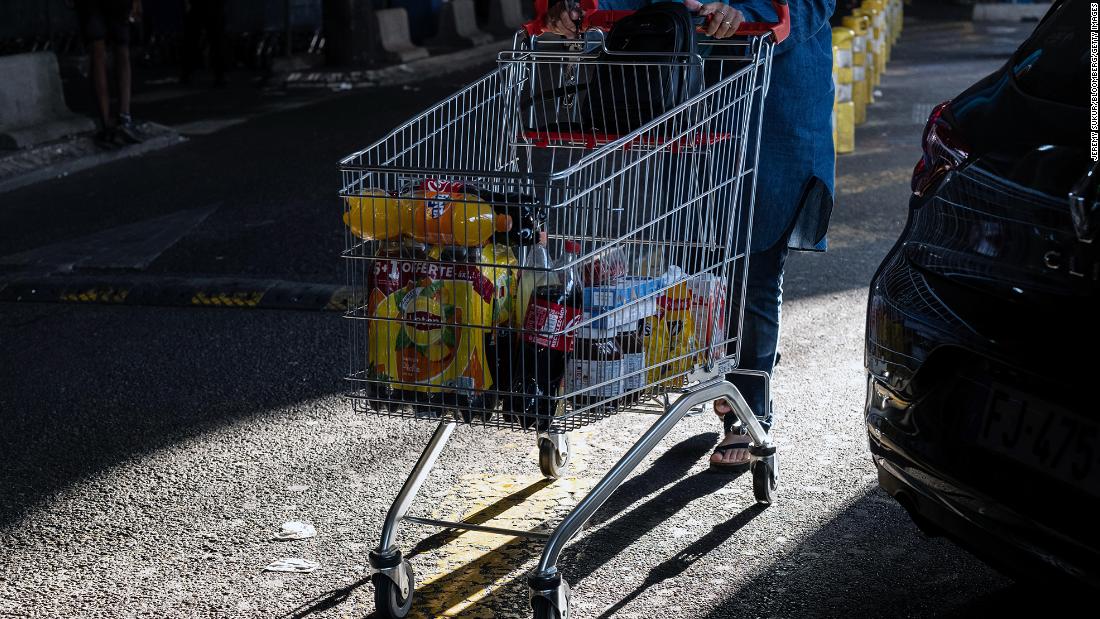 The European Union’s economy grew at a seasonally adjusted 4% last quarter when compared to the same quarter a year ago and 0.6% compared to the first quarter, according to a preliminary estimate published Friday by the EU statistics office. The 19 countries that use the euro as their currency — which account for nearly the fifth of the world’s economic output — grew a bit faster, at 4% and 0.7% respectively.

But Germany, the region’s biggest economy, stagnated in the second quarter, official data shown on Friday.

Inflation continued to push higher. Consumer prices in the euro area hit 8.9% in July, up slightly from the previous month, according to Eurostat’s preliminary data.

The news comes a day after the United States reported its economy contracted for the second-straight quarter, fueling recession fears.
For months, soaring global energy and food prices have squeezed European consumers and businesses. Russia’s invasion of Ukraine in late February, and the sanctions that followed, have only worsened the situation creating shortages of key commodities.
Last week, the European Central Bank raised its main interest rate by a half percentage point — its first increase in 11 years — in a bid to cap spiraling prices. But it still faces an uphill battle to get the situation under control.

Despite Friday’s data, a recession in Europe is still very much on the cards as it faces the prospect of a full-blown energy crisis this winter.

The central bank lags peers like the Federal Reserve, which started hiking months ago. Interest rates in Europe have been negative since 2014, which means it’s further behind. And, if a shortage of energy tips the region into recession, the central bank could be forced to abruptly stop hiking rates, hampering its ability to keep fighting inflation.

Should a recession arrive, inflation could ease without requiring much further intervention from the central bank. But economists are hardly rooting for that outcome, which would also usher in a wave of job losses.

A survey of European fund managers by Bank of America published last week found that 86% of respondents expect a recession over the next year, up from 54% in June.

The chances of a recession in Europe ratcheted up earlier this week when Russia — historically its single biggest supplier of energy — cut natural gas deliveries through a key pipeline.

The continent has grappled with supply shortages for months amid an escalating economic conflict between Moscow and Brussels over the war in Ukraine.

Overall, the flow of Russian gas to Europe is less than one-third of what it was this time last year, the EU Commission said last week.

It is, therefore, racing to find alternate gas sources, increasing output from Norway and snapping up stocks of liquefied natural gas.

Europe has already managed to whittle down Russia’s share of its gas supply from 40% last year to just 20% in June, according to economics think tank Bruegel.

But if Moscow were to cut its exports to the bloc entirely, as it has done to several EU countries in recent months, many economies would tip into a recession.

The International Monetary Fund said last week that a complete shut off of Russia’s gas could shrink GDP in Hungary, Slovakia and the Czech Republic — countries particularly reliant on Moscow’s exports — by as much as 6%.

Germany, the bloc’s biggest economy, could lose €220 billion ($225 billion) over the next two years in such an event, according to its top economic forecasters.