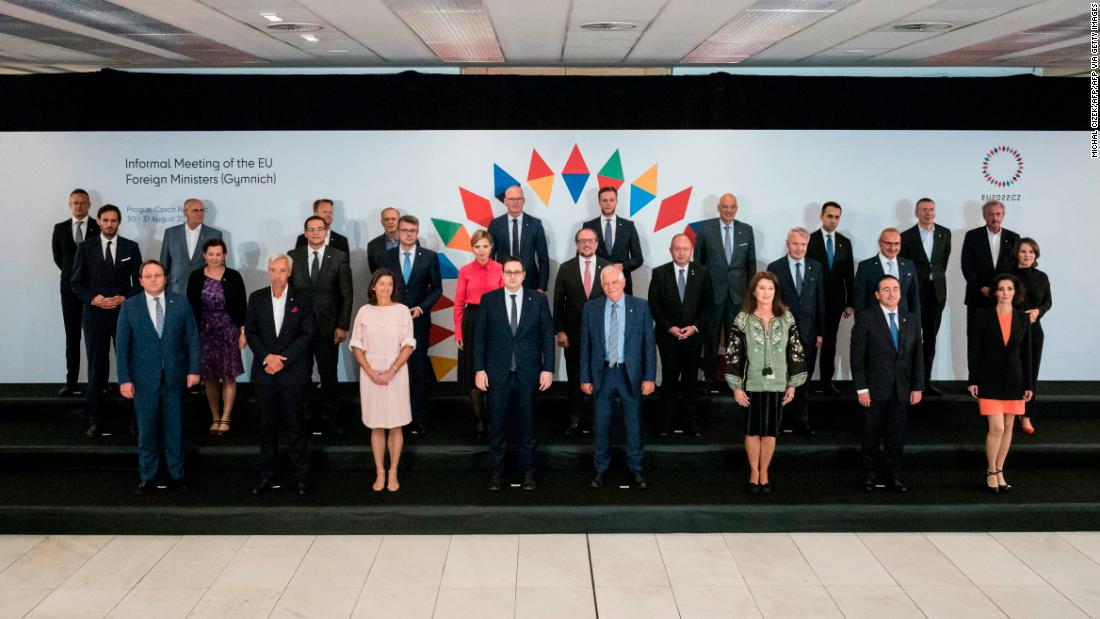 (CNN) — The European Union has agreed to reduce the number of new visas available to Russian citizens, but stopped short of an outright ban on travel to the bloc.

EU foreign ministers decided Wednesday to fully suspend the visa facilitation agreement between the European Union and Russia that gives Russians preferential treatment when applying for an EU visa. The measure is of the bloc’s wide-ranging package of sanctions imposed on Russia over its war on Ukraine.

The EU’s foreign policy chief, Josep Borrell, said in a news conference following the ministerial meeting in Prague that the decision “will significantly reduce the number of new visas issued by the EU member states” given that the process would become more complicated and will take longer.

The agreement will still need to be approved by all member states at the European Council, the EU body that is comprised of heads of states and governments.

Borrell said the measure was necessary because there has been a “substantial increase on border crossings from Russia in neighboring states” since mid-July, which has become “a security risk for these states.”

“We have seen many Russians traveling for leisure and shopping as if no war was raging in Ukraine,” Borrell said. “It cannot be business as usual,” he added.

Visas were already restricted to some categories of Russian nationals and many Russian officials and prominent figures close to the Kremlin have been banned from entering the bloc.

The agreement to suspend the visa facilitation program was a compromise after the 27-member block failed to introduce a total visa ban, which was proposed by some eastern European, Baltic and Nordic states. The Czech Republic, Latvia and Finland have already taken measures to restrict Russians from traveling into the EU, while Estonia even banned Russians who already had visas from entering the country.

But in a memo circulated ahead of the meeting, France and Germany urged against far-reaching changes to the EU’s visa policy, “in order to prevent feeding the Russian narrative and trigger unintended rallying-around-the flag effects and/or estranging future generations .”

“While understanding the concerns of some Member States in this context, we should not underestimate the transformative power of experiencing life in democratic systems,” the memo read.

Speaking ahead of the informal meeting of the EU foreign ministers on Wednesday, Borrell said the issue of a visa ban was “the most important, concrete topic on the table.”

“It has been quietly discussed during this week,” he said, but added that there were different positions on the issue among member states.

“We cannot afford to appear disunited on such an important thing, which is the people-to-people relations between the Russian society and the European people,” Borrell said, adding that the EU’s visa policies “should reflect that and continue to allow for people-to-people contacts in the EU with Russian nationals not linked to the Russian government.”

In a tweet on Wednesday, Ukrainian Foreign Minister Dmytro Kuleba said he had met with Dutch Foreign Minister Wopke Hoekstra in Prague and thanked him “for the principled stance on the need to restrict travel of Russians to the EU.”

But divisions remained over the issue following the meeting.

Hungarian Foreign Minister Peter Szijjarto said Wednesday that several member states including his country “have raised their voice” against a blanket visa ban. But Estonia said it and its neighbors would consider forging ahead with their own restrictions.

In a statement, Estonian Foreign Minister Urmas Reinsalu said that he supported ending the EU’s visa facilitation agreement with Russia but that “this alone would not be enough.”

“Until we have reached an agreement on how to restrict the entry of Russian nationals to the European Union, Estonia and other countries that share a border with Russia and Belarus will consider a national visa ban or restricting border crossings for Russian nationals with EU visas, “Reinsalu said in the statement released on the Foreign Ministry’s website.

Moscow had already announced it would retaliate if the EU decided to ban visas for Russian nationals. Kremlin spokesperson Dmitry Peskov told journalists Tuesday that such a move would be a “very serious decision that can be directed against our citizens.”

CNN’s James Frater and Alex Hardie contributed to this article.