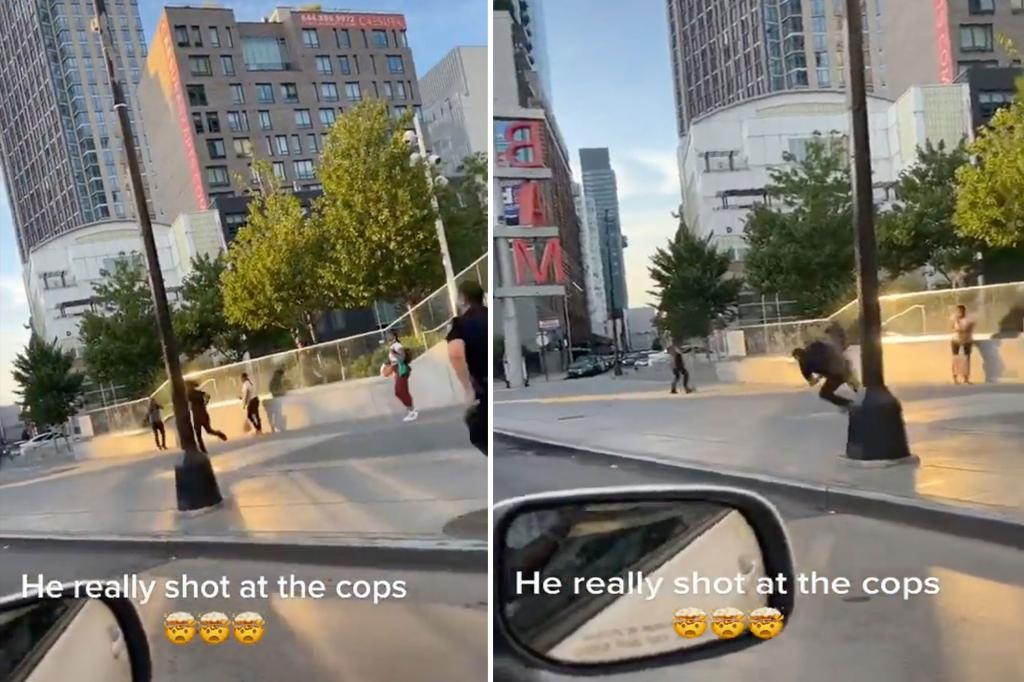 Mayor Eric Adams on Sunday vehemently defended two fatal shootings involving cops the day before — as new video emerged showing one of the suspects firing at a responding officer.

“Heck, yes!” Adams responded to the press conference asked whether the NYPD was justified when in killing the first man, an armed Queens resident who neighbors said was clearly mentally ill.

The mayor said it was appropriate to send cops to the scene, as opposed to mental-health professionals.

“The guy called 911, and, you know, as the investigation is going to show, he said some things that clearly advertised violence,” Adams said.

Officers killed Raul Hardy, 60, after he fired on them while they were responding to his call to 911 threatening to “blow up” the world and “change the government” by assassinating Gov. Kathy Hochul.

“This guy was a bad guy,” Adams said. “And you know, when you listen to those tapes, it’s clear. He had one role he wanted to accomplish, and they terminated that role, and that’s really, I think it’s commendable.

“It would be irresponsible if we would have sent civilians to respond to that. This gentleman was very clear on what his actions were going to be,” the mayor added.

The newly surfaced video involved the second fatal shooting Saturday by cops, this time in Brooklyn, of an armed guy fleeing a traffic stop.

In the clip posted on TikTok, Malik Williams is seen bolting down the north sidewalk of Flatbush Avenue near Atlantic Terminal when he turns around and fires multiple shots at a cop in pursuit.

The footage cuts off before showing the officer fire back. Williams later died at the hospital.

Adams praised the unnamed officer for “[terminating] that threat,” too.

“This guy turns around and discharges a shot at that officer. That terminate officer was able to discharge his firearm and terminate a threat. I stopped by the 88[th Precinct] to see our officer and just really thank him,” the mayor said. “He’s a real hero.”