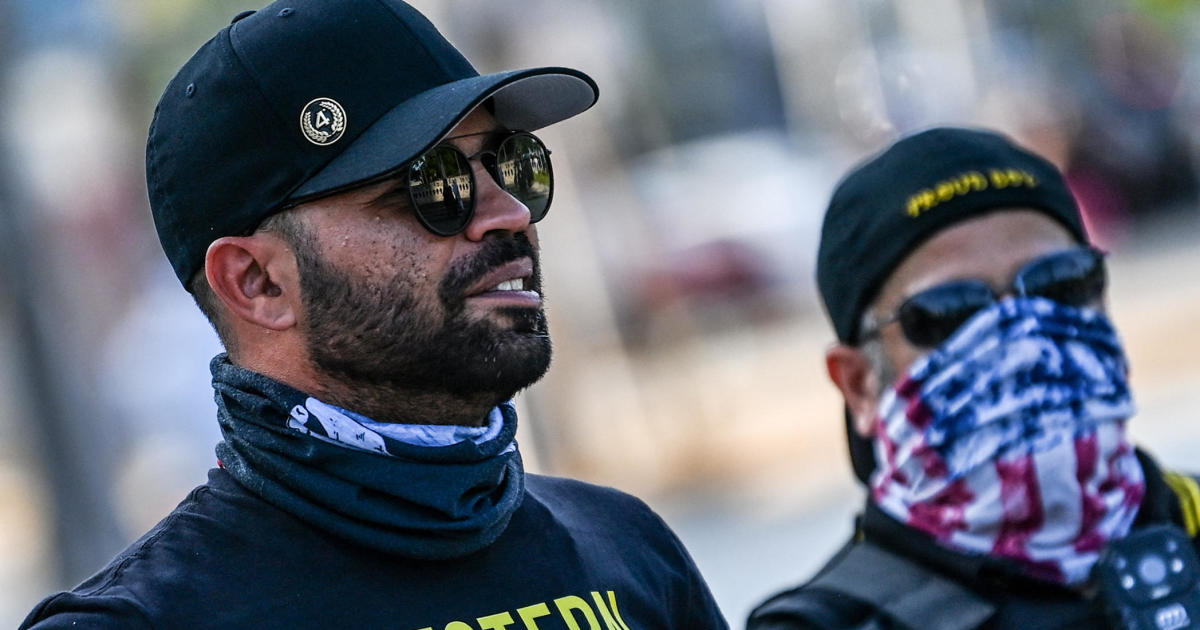 Washington – The leader of the far-right Proud Boys and four of the group’s members have been charged with seditious conspiracy stemming from their alleged planning for and participation in the Jan. 6 attack on the US Capitol.

Enrique Tarrioalong with codefendants Ethan Nordean, Joseph Biggs, Zachary Rehl, and Dominic Pezzola, are accused of conspiring to use force to oppose the lawful transfer of presidential power “by preventing, hindering, or delaying by force the execution of the laws governing the transfer of power,” according to a grand jury indictment filed Monday.

The five men were previously indicted on charges of conspiracy and pleaded not guilty. Monday’s indictment adds the even more serious “seditious” element to the counts, although many of the details in the new indictment had previously been alleged in the initial conspiracy charges.

According to the indictment, in December 2020, Tarrio and the Proud Boys members conspired to obstruct and stop the counting of the Electoral College vote on Jan. 6. An unnamed individual sent Tarrio a document entitled “1776 RETURNS,” which described a plan to occupy multiple buildings in Washington, DC, including congressional office buildings.

Using encrypted messaging programs, the Proud Boys are accused of discussing their plans for the rally and beyond. One member of the group allegedly asked on Jan. 3, 2021, “What would they do if 1 million patriots stormed and too the capital building. Shoot into the crowd? I think not…They would do nothing because they can do nothing.”

That same day, according to charging documents, an unidentified individual sent a voice message in the group chat and is accused of stating in part, “The main operating theater should be out in front of the house of representatives… front entrance of the Capitol building.” Rehl allegedly responded, “good start.”

“Without adding a single factual allegation concerning Mr. Rehl, the government today filed the Third Superseding Indictment in the instant case, nearly 1-1/2 years after Mr. Rehl was first indicted and detained pretrial and just two months before he is scheduled to begin trial,” the filing reads in part.

She later wrote, “the worst that has been alleged against Mr. Rehl is that he has associated himself with the Proud Boys, a lawful fraternal association as is his right protected by the First Amendment.”

Tarrio and his codefenants are the second group to be accused of seditious conspiracy. They join Oath Keepers founder Stewart Rhodes and other defendants of the group previously charged with the most serious criminal charges in the sprawling Jan. 6 investigation.

Also on Monday, documentary filmmaker Nick Quested of Goldcrest Films confirmed to CBS News that he will testify during Thursday’s House January 6 Committee hearing. Quested was following Tarrio on Jan. 5, 2021, and captured a meeting with Tarrio and Oath Keepers’ leader Stewart Rhodes in a DC hotel parking garage.

Assault On The US Capitol