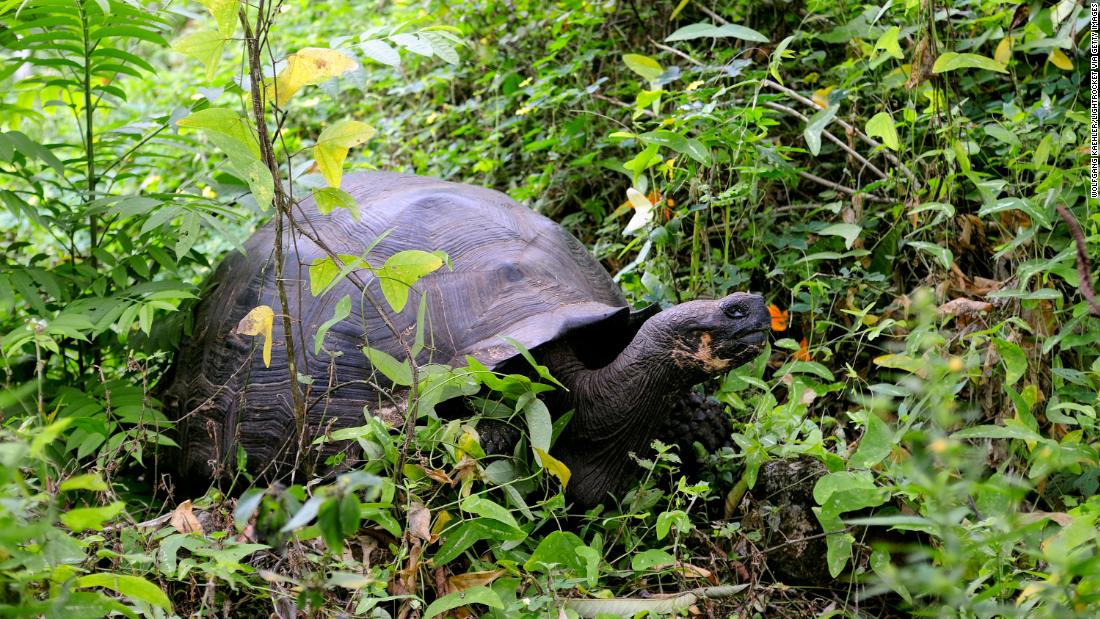 Hunting the tortoises is illegal under Ecuadorean law, and the Galapagos islands have been protected as a national park since the 1960s.

However, tortoise meat is considered a delicacy by wildlife hunters and, according to the Galapagos Conservancy — a US-based non-profit organization focusing on sustainable development of the archipelago — more than 15 animals have been found dead in the Galapagos in the last year, raising fears the animals are being targeted by a wildlife trafficking network.

“This is not an isolated incident. In September 2021, the remains of 15 critically endangered Giant Tortoises from the subspecies Chelonoidis guntheri were found on Isabela. Evidence from the investigation showed that the reptiles had likely been hunted for consumption,” it said in a statement, adding that the organization “strongly condemns the poaching and eating of Giant Tortoises as an environmental crime.”

Prosecutors said that a special unit for environmental crime (UNIMEN) traveled to the islands Tuesday, which are located roughly 600 miles offshore of Ecuador’s Coast, in the Pacific Ocean.

The team comprises of experts in animal necropsy and detectives who are interviewing park rangers, according to the Attorney General’s office.

Giant Galapagos tortoises are among the longest-living animals on the planet, with a lifespan of more than 100 years. They were heavily researched by English biologist Charles Darwin, who pioneered the theory of evolution, in the 19th century.

The tortoise, the largest cold-blooded terrestrial herbivore found on Earth, plays a critical role as an agent of stability in the Galapagos.

Numbers of Galapagos tortoises have declined by 85% to 90% since the early 1800s, according to a June 2022 study, when whalers and pirates first arrived in the archipelago. As pirates raided South American colonies and whalers hunted in the surrounding waters, they made the giant tortoises from their food source.