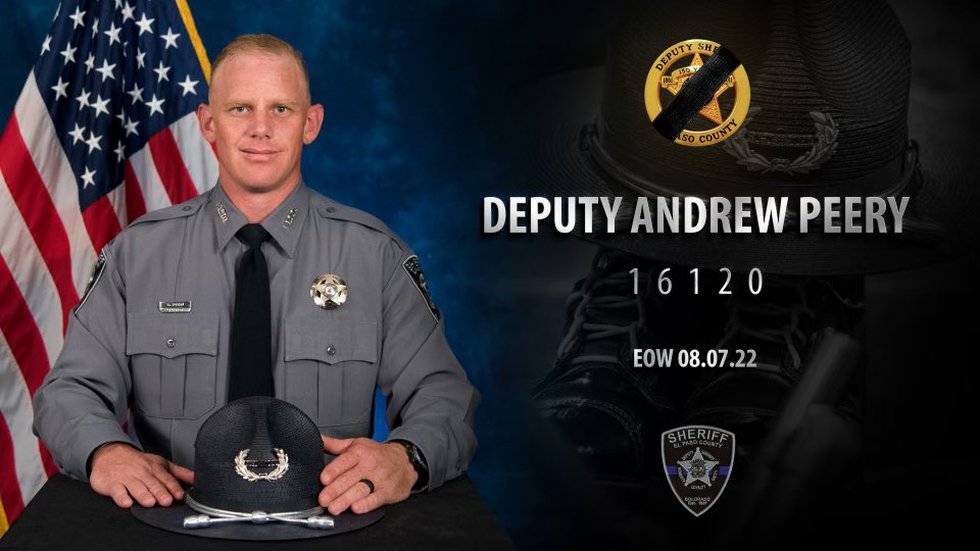 The El Paso County Sheriff’s Office says around 5 pm Sunday, multiple callers reported a shooting in the area of ​​the 500 block of Ponderosa in Security. A shelter-in-place order was issued for the area near Widefield High School, but has since been lifted.

EPCSO says two El Paso County deputies and a Fountain police officer responded on scene. As soon as they arrived, they were immediately met with gunfire. One deputy, 39-year-old Andrew Peery, was shot with at least one round. Crews tried to save him, but he died in the line of duty.

“Andrew was a highly dedicated, highly decorated, SWAT operator for the El Paso County Sheriff’s Office, and he has been with my office since 2016,” said Sheriff Bill Elder in a Sunday night press conference.

Deputies immediately returned fire with at least one round. Further details are limited, but authorities told 11 News they found the suspect, 33-year-old John Paz, dead, although they have not yet released how he died.

Peery is survived by his wife and two children. Colorado Governor Jared Polis released a statement Sunday night saying, “My thoughts and condolences are with the family and friends of Deputy Peery and all our neighbors in law enforcement who put their lives at risk to serve others.”

The Colorado Springs Police Department is the lead agency investigating this shooting. This is a developing story and we will update this article as we get new information.

There is law enforcement activity in the area of ​​Ponderosa Dr / Grand Blvd. Secure home and stay away from the doors / windows. Shelter in place. Lock all windows and door and draw all curtains and window coverings. Dial 9-1-1 if you have a life or death emergency at this time. pic.twitter.com/qle4XBnJIM