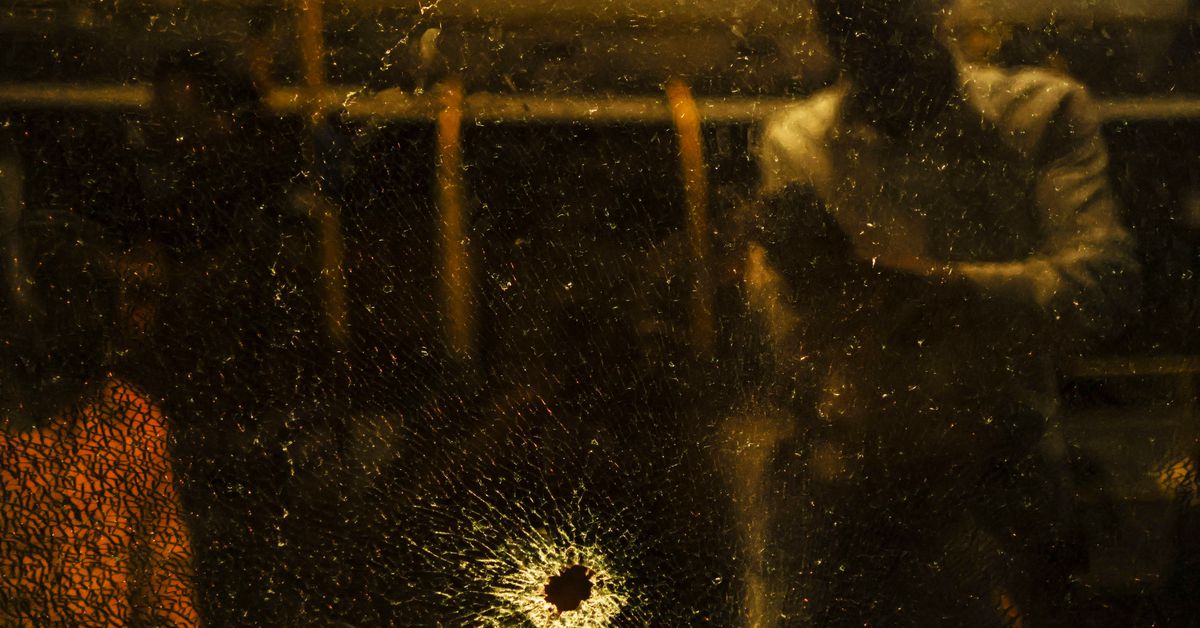 JERUSALEM, Aug 14 (Reuters) – A gunman wounded at least eight people aboard a bus carrying Jewish worshipers in the Old City of Jerusalem on Sunday, Israeli authorities and witnesses said.

The shooter later turned himself into Israeli authorities, according to a statement by the police, which did not identify him. Israeli media reported the assailant was a Palestinian from east Jerusalem.

The Old City houses sites that are holy to Jews, Muslims and Christians and is among areas where Palestinians seek statehood. Israel deems all of Jerusalem its capital – a status not recognized internationally.

The attack took place in the early hours of Sunday, the Jews were leaving Western Wall rites marking the end of the Sabbath.

“Jerusalem is our capital city and a tourist center for all religions,” Prime Minister Yair Lapid said in a statement, adding that Israeli security forces would “restore calm”.

A man stands behind a shattered window of a bus following an incident in Jerusalem August 14, 2022. REUTERS/ Ammar Awad

There was no immediate claim of responsibility from any armed factions.

The US State Department said in a statement that it “strongly condemns the terrorist attack”, adding that at least five US citizens were among the wounded.

The attack comes a week after the worst outbreak of hostilities in more than a year, when Israeli jets pounded the besieged Gaza Strip in what the military claimed was a pre-emptive attack aimed at preventing an imminent threat to Israel.

At least 49 people were killed in Gaza, including civilians and children, and hundreds more wounded during 56 hours of fighting which also saw more than 1,000 rockets launched towards Israel by the militant Islamic Jihad faction.

Tensions have continued since, with three gunmen killed in a shootout with Israeli security forces in the West Bank city of Nablus last week.