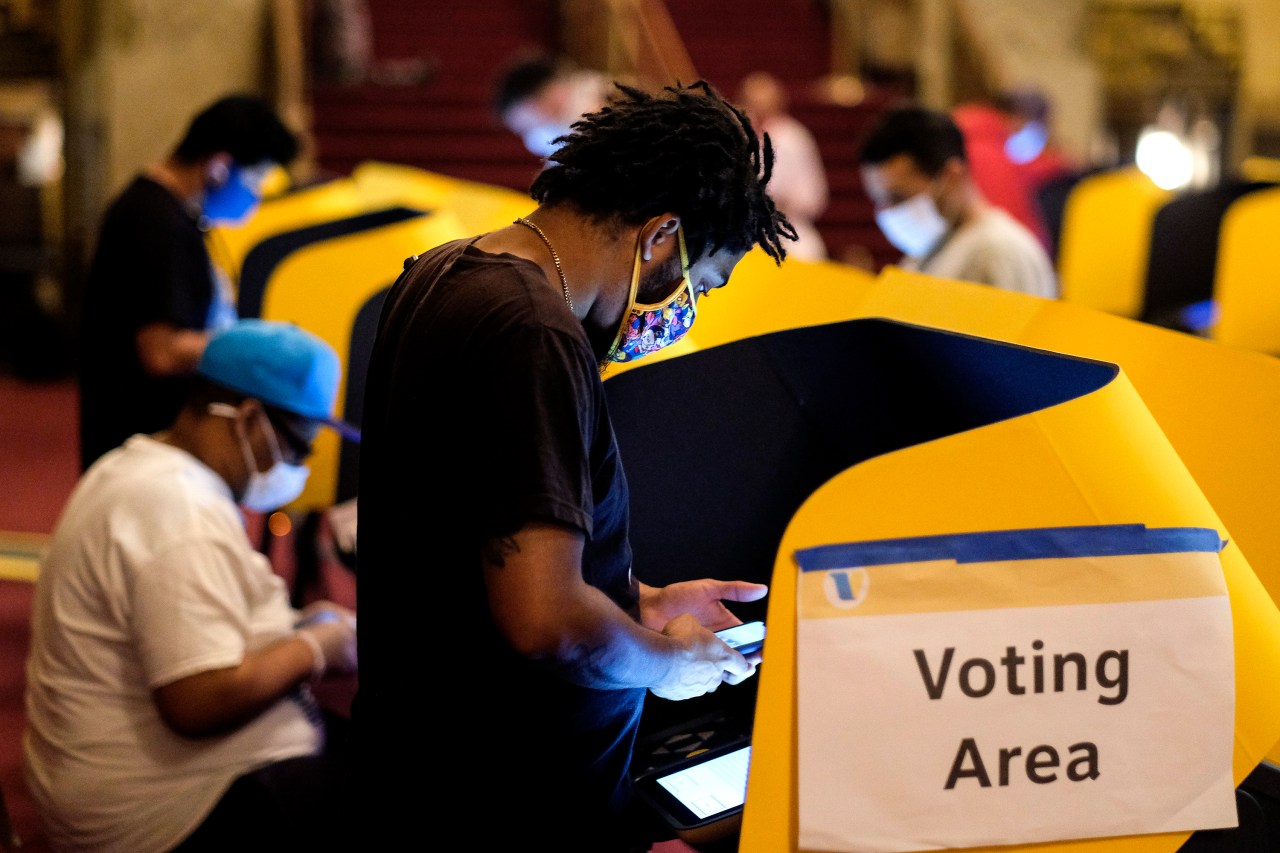 Tuesday is Primary Election Day in California and so far, early voting turnout has been dismal, data shows.

As of Monday, about 15% of the state’s registered voters had cast their ballots, according to Political Data Intelligence. That’s down from roughly 34% around the same time in last year’s gubernatorial recall, and 18% at the same point before the 2018 midterms.

“It’s really disappointing and not entirely surprising,” said Jessica Levinson, law professor at Loyola Marymount University. “There isn’t that big blockbuster race that is getting people to the polls.”

Gov. Gavin Newsom is up for reelection, but after winning the recall last year, the race appears to be shoo-in. In Los Angeles, the most high profile race is that for mayor to replace Eric Garcetti, who is termed out and waiting for confirmation of his appointment as US ambassador to India.

There are 12 candidates on the ballot, with Rep. Karen Bass and billionaire developer Rick Caruso leading the polls. About $33 million has been spent on advertising for LA mayor’s race, ad impact reports shows.

Still, fewer than 214,000 Angelenos had voted as of Sunday — that’s about 10% of all those registered. Anyone sitting it out to wait for the general election could miss the chance to vote for mayor at all.

“I don’t know that a lot of people are keying into the fact that if one person gets more than 50% of the people who show up to vote, that’s our next mayor,” Levinson said. “There will not be a runoff.”

Vote centers will be open from 7 am to 8 pm on Election Day. Click here to find your nearest LA County vote center.

Angelenos can take advantage of the free rides offered by LA Metro from midnight until 11:59 pm Tuesday to head to the polls and cast their ballots.

Everyone registered to vote has also received a vote-by-mail ballot, which can be returned at any ballot drop-off box or returned by mail no later than Tuesday.

“I don’t think there’s been as much noise around this one,” LA voter Funto also said, adding that despite missing any pre-election buzz, she does still plan to vote.

“We had a child a couple weeks ago and so voting was not top of mind,” Tambe said. “But we passed by a voting booth and a woman there was like, ‘Are you voting?’ We needed a reminder.”

Another LA resident says she has already voted.

“I did a drop-off ballot,” Syan Lunsford said, adding that she was perplexed by the low turnout given how easy California makes voting. “It’s so easy right? With the boxes and the mail.”

Another LA voter said she still plans to vote but understands the apathy among those who don’t, attributing it to burnout.

“I think everybody is really just kind of depressed at the state of the world and maybe feeling helpless and I guess sometimes voting just doesn’t really feel like you are doing all that much,” Elena Caretsky said.