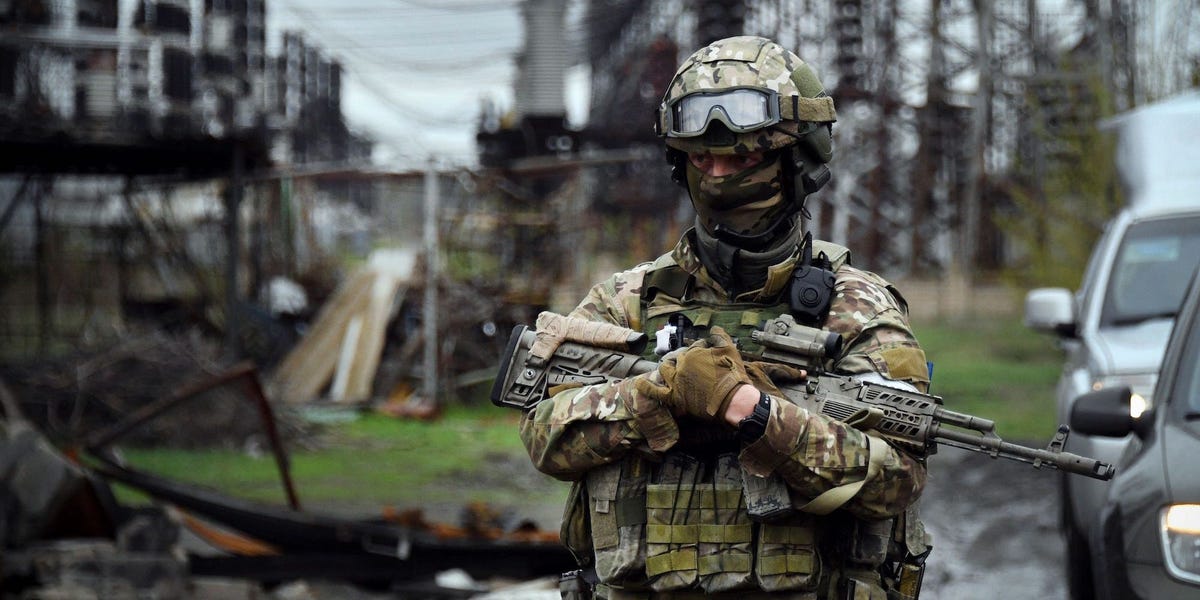 A booze-fueled gun fight involving Russian soldiers and officers of the FSB — the modern-day KGB — in the occupied Ukrainian city of Kherson left at least three dead, according to a new report from Yahoo News.

Internal government documents obtained by Yahoo showed that the fatal fight occurred on the night of June 19 at a bar in Kherson, a key port city in southern Ukraine and the first major city captured by Russian forces after war began in late February.

The soldiers were reportedly reprimanded by the FSB officers for drinking while in uniform, which led Obukhov to draw his sidearm and fire rounds into the floor. Privalov tried to grab the weapon, prompting Sudin to open fire with his AK-74 rifle. The FSB officers then began returning fire, according to the report.

The firefight led to the deaths of Obukhov, Privalov, and Yakubinsky. Meanwhile, Borodin and Sudin were “hospitalized with injuries of varying degrees of severity,” per the documents obtained by Yahoo. Their current condition is unclear.

In the lead up to the start of Russia’s unprovoked war in Ukraine and afterwards, there have been reports of low morale among Russian forces — as well as issues with alcohol.

Ukrainian spies, for instance, encountered a lot of drunk Russian soldiers after sneaking into Russia prior to the invasion, according to a recent Washington Post report.

The soldiers had reportedly traded fuel and other supplies for alcohol. Such reports suggest that Russian forces were not especially prepared to launch a full-scale assault on Ukraine. In a little over six of war, the Russian military has struggled for months to make gains and has suffered staggering losses. Russian casualties in the war are so far estimated to be as high as 80,000.

With such a catastrophic death toll and the war raging on, Moscow is taking steps to replenish the military. Russian President Vladimir Putin recently ordered Russia’s military to expand by 137,000 start in 2023, and new volunteer battalions are also being trained.

But a recent report from the Wall Street Journal on one such unit, the 3rd Army Corps, suggests that these new recruits are undisciplined. The unit has reportedly been spending much of its time drinking and harassing local residents, which likely doesn’t bode well for Russia turning the tide in Ukraine.

Ukrainian forces launched a counteroffensive this week, vying to recapture territory in the Kherson region. Ukrainian President Volodymyr Zelenskyy has expressed confidence that his country’s forces can expel the Russian invaders, but any progress in the counteroffensive is expected to come slowly.