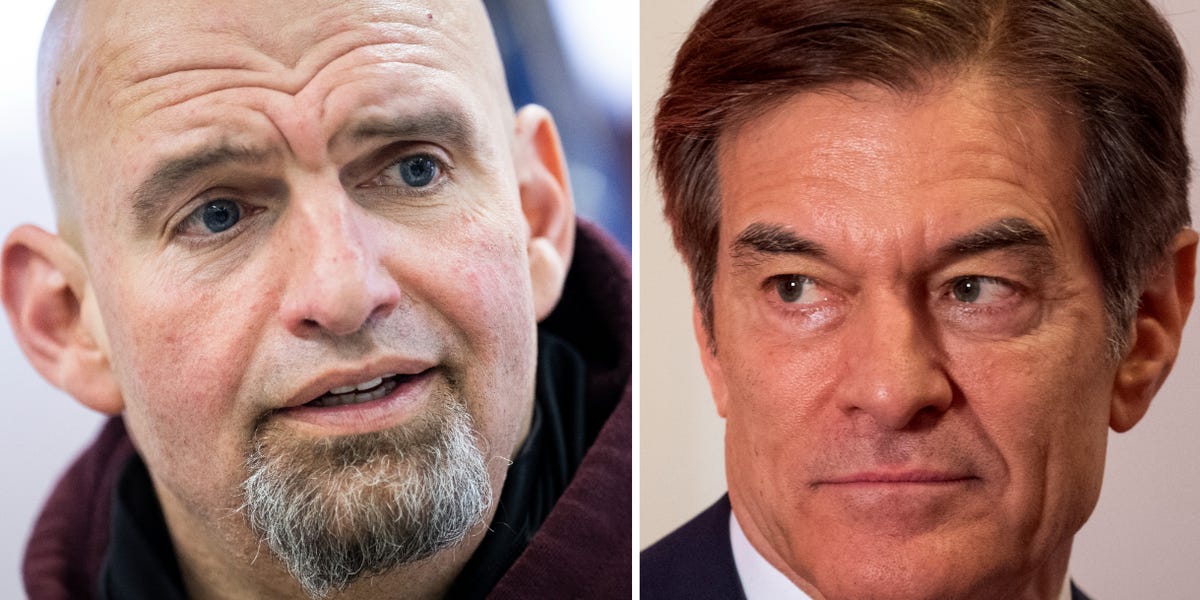 Dr. Mehmet Oz, the GOP candidate for a Senate seat in Pennsylvania, is feuding on social media again with his rival Democrat John Fetterman.

In a testy exchange on Twitter, Fetterman and Oz traded barbs about each other’s personal wealth.

“I’ve never spoken to a PA resident who doesn’t know how many houses they have… let alone be off by 8,” Fetterman tweeted along with a link to a Daily Beast article about how Oz had claimed on the campaign trail to “own two houses.” Per the Beast’s reporting, Oz owns 10 properties.

“I can’t tell if he’s trying + failing to sound like a regular person (with ONLY TWO mansions) or if he genuinely has no idea,” Fetterman commented.

Oz hit back at Fetterman, claiming without substantiation that his opponent “lived off” his parents until he was “almost 50.”

“I purchased my houses with MY money,” Oz tweeted. “Get off the couch John!”

Fetterman fired back: “How many houses?”

“I have 10 properties (disclosed when I announced). 2 homes,” Oz tweeted. “My turn: when can we debate?”

Fetterman is back on the campaign trail after suffering a stroke in May. He has repeatedly criticized Oz — a wealthy celebrity — being out of touch with average Americans. This week, Fetterman needed Oz when the latter messed up the name of the grocery store Wegmans, calling it “Wegner’s” instead.

The Democratic candidate, who The New York Times Magazine dubbed in 2011 the “Mayor of Rust,” has also attempted to present himself as a more down-to-earth figure in contrast to his Tump-backed Republican opponent. Financial disclosures by both candidates have also revealed vastly different personal finances, with Oz owning millions in stocks and real estate and Fetterman only holding a single stock holding valued at up to $15,000.

Fetterman’s campaign has been known for trolling Oz on social media. He has also expressed his view that Oz has a shaky connection to Pennsylvania. After critics repeatedly questioned Oz about whether he lived in the state, Fetterman pushed in July for the Republican candidate to be enshrined in the New Jersey hall of fame.

Per Oz’s campaign, he and his wife live in Bryn Athyn, Pennsylvania.

Representatives at Oz’s campaign office and an aid for Fetterman did not immediately respond to Insider’s requests for comment.