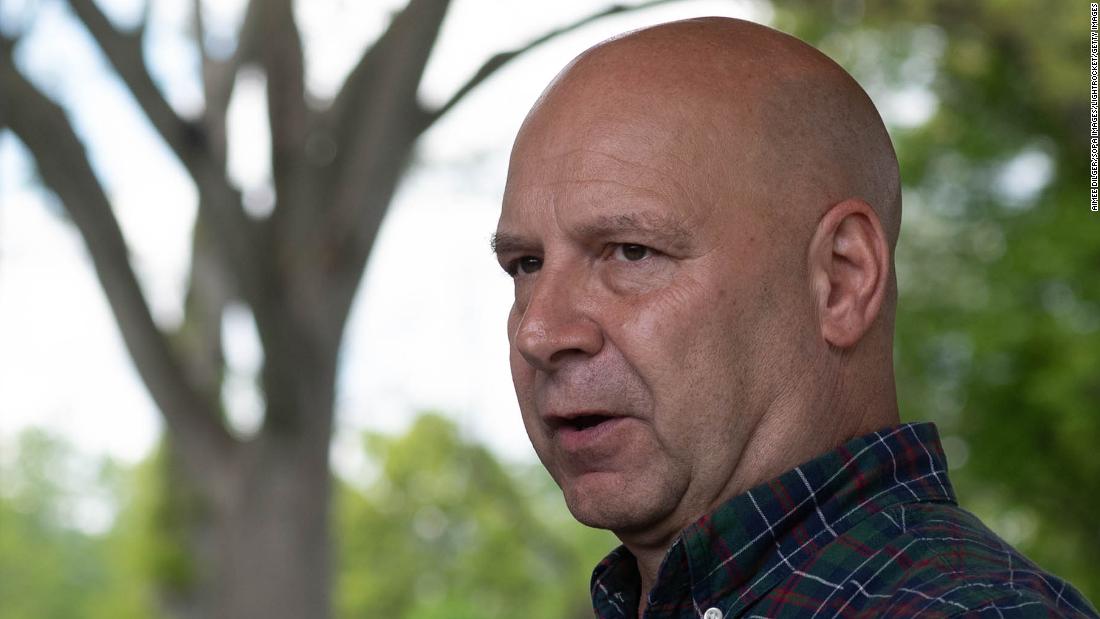 The criticism is the latest in what has become a complicated campaign for Republicans after Mastriano, one of the most vocal purveyors of the lie that the 2020 election was stolen from President Donald Trump, won the commonwealth’s primary in May. At the time, many Republicans worried that Mastriano was too extreme a candidate to win over the suburban swing voters needed to win statewide, and his ties to Gab and Torba have attracted new intraparty criticism. Mastriano will face Democratic state Attorney General Josh Shapiro, who is Jewish, in November.

“Jewish voters expect candidates to condemn antisemitism whether it comes from the far left or the far right — and to shun those who espouse it,” said Matthew Brooks, executive director of the Republican Jewish Coalition. “We strongly urge Doug Mastriano to end his association with Gab, a social network rightly seen by Jewish Americans as a cesspool of bigotry and antisemitism.”

Mastriano has had a formal relationship with Torba and Gab since at least April, when Mastriano’s campaign paid Gab $5,000 for “consulting” services, according to state records first published by Media Matters for America, a left-leaning watchdog organization that has documented the relationship between Mastriano and Torba.
Gab, founded in 2016, brands itself as the “free speech social network” and has grown in popularity with conservatives, alt-right figures and some extremists as a counter to more traditional social media spaces such as Twitter and Facebook. The site’s lax approach to content management has made it a haven for QAnon conspiracy theories, misinformation and antisemitic commentary.
The site has a particularly grisly history in Pennsylvania. Shortly before suspected gunman Robert Bowers walked into the Tree of Life synagogue in Pittsburgh in 2018, he posted on Gab, “I can’t sit by and watch my people get slaughtered. Screw your optics, I’m going in.” The shooting left 11 people dead, and while the site took down the suspect’s profile, his digital footprint from him was littered with antisemitism.

Following his campaign’s payment to Gab, Mastriano — who rarely speaks with reporters from traditional media outlets — sat down for an interview with Torba and lauded the site founder, telling him, “Thank God for what you’ve done.”

Torba also praised Mastriano and, in an indication that he was aware that their relationship is controversial, said, “You may even get called a name for doing this interview with me, so brace yourself with that.”

Mastriano responded to the criticism on Thursday evening and distanced himself from Torba, saying the Gab founder “doesn’t speak for me or my campaign.”

“I reject anti-Semitism in any form,” Mastriano said, before going on to attack his opponent, Josh Shapiro, and Democrats.

Torba, according to Media Matters, responded to criticism in livestreamed comments this week in which he continued to push antisemitic tropes.

Asked Thursday about the criticism over his relationship with Mastriano, Torba told CNN, “I only speak to Christian news outlets. Repent and call on the name of Jesus Christ.”

This is not a new position for Torba. According to The Jerusalem Post, he recently said that his policy is “not to conduct interviews with reporters who are n’t Christian or with outlets who are n’t Christian.”
Torba followed up his Thursday statement to CNN with a link to a Gab post in which he wrote, “I want to make very clear that I do not work for the Mastriano campaign. I am not their consultant.”

“The campaign paid Gab as a business for advertising during the primary. The campaign posts on Gab, as do 50+ other campaigns from around the country. That’s the extent of the relationship,” he said. “My words are my own. My ideas are my own. They are not representative of Doug or Doug’s campaign.”

Representatives for Mastriano did not respond to CNN’s requests for comment. And the Republican Governors Association responded with a broad statement on the race that did not address Mastriano’s relationship with Gab.

At least one Republican member of the Pennsylvania statehouse has denounced Torba’s recent comments.

“I condemn Andrew Torba’s comments, and call on my colleagues to reject Andrew Torba, his comments, and company, especially Republican nominee for Pennsylvania Governor, Senator Doug Mastriano,” state Rep. Todd Stephens, who represents suburban Philadelphia, wrote on Facebook. “We must all stand united against hate and this type of offensive and dangerous rhetoric. Nothing short of a total rejection is warranted, and I hope Senator Mastriano and my colleagues will join me.”

Torba responded Thursday by calling Stephens a “RINO” — Republican in name only — and urging his supporters to deliver “harsh pushback” to the state legislator.

“We’re dragging the Republican party to the right and anyone who gets in our way is going to be left behind,” he wrote on Gab.

Democrats have also criticized Mastriano for his association with Torba.

Jill Zipin, co-founder of Democratic Jewish Outreach Pennsylvania, said that while she has long worked to defeat Republicans, “this feels very different.”

“Josh is not running against your typical run of the mill Republican. He is running against someone who enables hatred,” Zipin said. “Speaking for myself and the members of my board, it’s frightening.”

And Shapiro said this week that the relationship between Gab and Mastriano was “not normal.”

“This is who Doug Mastriano is,” Shapiro said on MSNBC. “He is so dangerous. He is so extreme. He is so beyond the pale.”

This story has been updated with additional details.