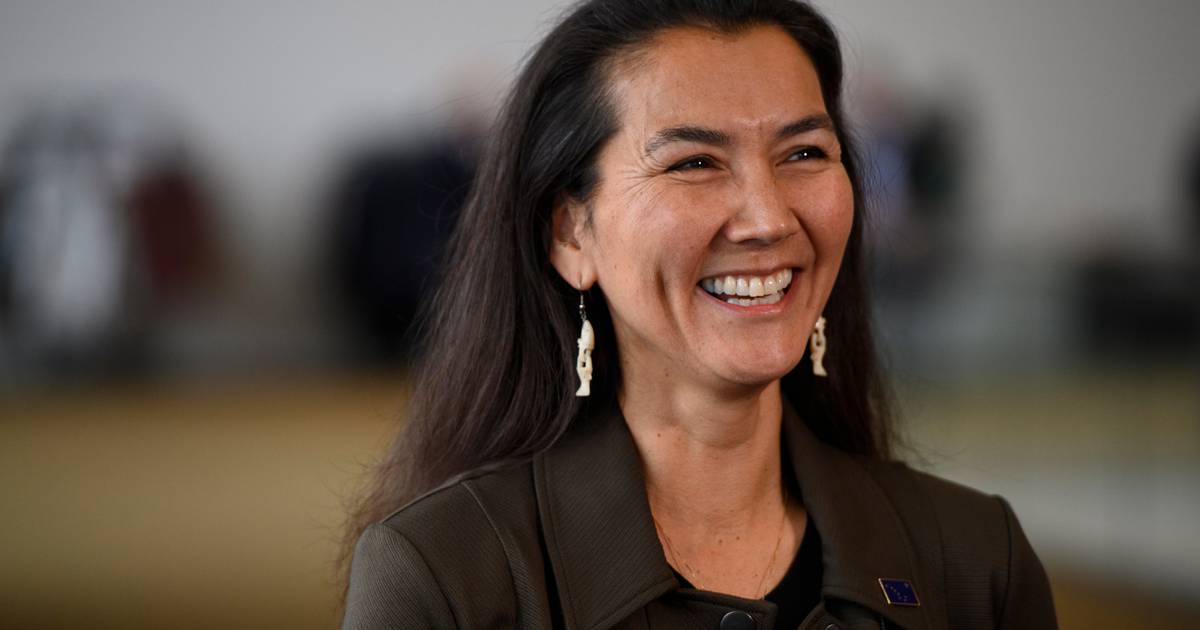 Democrat Mary Peltola was the apparent winner of Alaska’s special US House race and is set to become the first Alaska Native in Congress, after votes were tabulated Wednesday in the state’s first ranked choice election.

If results are confirmed as expected by the state review board later this week, she will succeed US Rep. Don Young, the Republican who held the office for nearly five decades — since before Peltola was born. The special election was triggered by Young’s death in March.

It is an outcome largely seen as an upset. Peltola would be the first Democrat to join Alaska’s three-person congressional delegation since US Sen. Mark Begich lost reelection in 2014. And she defeated two Republicans to do so. Combined, Palin and Nick Begich III, nephew of Mark Begich and grandson of former US Rep. Nick Begich, commanded nearly 60% of first-place votes.

Begich was the first candidate eliminated, after no other candidate exceeded the 50% threshold needed to win under Alaska’s ranked choice voting system. The second-place votes of Begich’s supporters were then tallied in what is called an instant runoff. Only half of Begich’s voters ranked Palin second — not enough for her to overtake Peltola.

Peltola ran a largely positive campaign as Begich and Palin traded barbs in the final weeks before the Aug. 16 special election, emerging as the victor with a platform that highlighted her position as the only candidate on the ballot who supports abortion access — an issue that has become important to voter with the recent US Supreme Court decision removing federal protections for access to the procedure (the procedure remains protected under the Alaska Constitution).

Peltola has also said she is “pro-fish” and emphasized her plans to protect subsistence fisheries in Alaska as salmon stocks decline in the region where she has fished throughout her life.

Peltola is Yup’ik, was raised in rural villages, and calls Bethel home. She served in the state House between 1999 and 2009, representing the Bethel region. During her time in the Legislature, she led the Bush Caucus, bringing together lawmakers representing communities in Alaska off the road system and building a reputation as someone who can work across party lines.

While in the Legislature, Peltola’s path overlapped with Palin’s as governors. Both politicians were pregnant while in office. They traded friendly text messages on election day earlier this month.

After leaving the state House, Peltola worked in community relations for Donlin Gold, a mining project on the Kuskokwim River. Before announcing her congressional bid, she worked on fisheries management and rural food security as executive director of the Kuskokwim River Inter-Tribal Fish Commission. Peltola, a mother of four and grandmother of two, turned 49 on Wednesday.

Peltola emerged as the winner from an original field of 48 primary race candidates, which included several sitting and former lawmakers, Alaska Native leaders and Santa Claus.

Peltola is now set to head to Washington for just four months, serving out the rest of Young’s term. Peltola, Palin and Begich are set to advance to the November election that will determine who will hold the seat for the full two-year term that will begin in January.

Political observers say that the outcome of the special election will shape the November race. After just a few weeks to prove her legislative might in Washington, Peltola will enter the November election as the incumbent, with the associated fundraising advantages and visibility. Republicans will likely be galvanized to hone their messaging under the ranked choice voting system — which was narrowly approved by voters through a 2020 ballot measure — and encourage their supporters to rank both red candidates on the ballot.

Palin, who ran with an endorsement from former President Donald Trump and spent some of her campaign in the Lower 48, has consistently attacked ranked choice voting as a “whack system” that “must be changed.” Begich had the support of many Alaska Republican Party insiders, and attacked Palin for her decision to quit as governors in 2009. Palin responded by calling into question Begich’s Republican bona fides, pointing to his support of her for his Democratic uncle’s Senate campaigns in 2008 and 2014 .

Polling before the election showed Palin to be a polarizing figure; three in five Alaskans had a negative view of her, according to more than one poll. But her fame, name recognition and harnessing of Republican messaging on oil drilling propelled Palin ahead of Begich, who was running his first statewide campaign for public office after building a career in private business.

Some ballots from rural communities remain uncounted as of Wednesday. They will be counted when they reach the Division of Elections’ Juneau office, spokesperson Tiffany Montemayor said. The Alaska Board of Elections is scheduled to certify the results on Friday, but that could get delayed if rural precinct ballots remain uncounted.

“Those precincts not arriving in time for the board to certify is something we’ll have to address if that happens,” Montemayor said by email.

A recount can be requested by a candidate or group of voters up to five days after results are certified. A lawsuit challenging the results can be filed up to 10 days after certification.

This is a developing story. Check back for updates.

With a 4-month term, a scramble awaits Alaska’s next US House member

Chris Bye will likely advance in Alaska’s November US House election. But he’s not canceling his fishing trips.