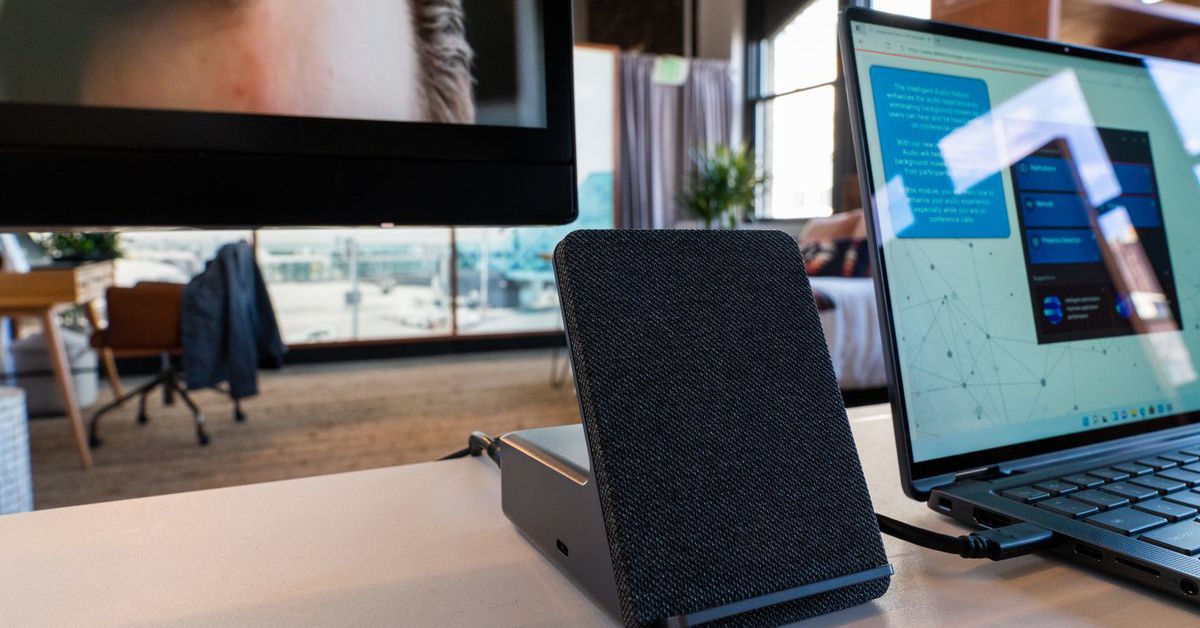 Dell’s latest laptop dock adds a little something extra: a Qi wireless charging stand that lets you see and charge your phone while also connecting your laptop to monitors and peripherals (via Ars Technica). The Dual Charge Dock can provide 90W to your computer over USB-C and 12W of power to your phone via the fabric-covered wireless charger.

In a press release, Dell says that the charging coils in the Qi portion of the dock are widely spread out — meaning that you can charge your phone while it’s in portrait or landscape, and you can even use the charger to juice up a pair of wireless earbuds.

Of course, as a dock, it’s also meant to let you plonk your laptop down on a desk, plug in a single cable, and be able to use external displays and peripherals. To that end, it’s got a decent selection of ports — four USB-A ports, one USB-C port (in addition to the USB-C cable you use to connect the dock to your laptop), an ethernet jack, HDMI 2.1, and DisplayPort 1.4 ports. That USB-C port can also supply 15W of power if you’ve got a device that you have to charge with a cable.

The Dual Charge Dock isn’t cheap — it’ll cost $368.99 when it becomes available on May 12th. For that price, you could pick up this Anker Dock (which has a similar port selection and SD card slots), a Pixel Stand, and one inexpensive but satisfying lunch. If you’re on a budget, you could take a look at this $125 Dell dock / laptop cooler sells on its website, get a standard Qi charging pad to go with it, and have over $200 leftover.

None of that says that the dock is overpriced or that nobody should buy it. I can absolutely see the value of having a compact, all-in-one charging solution that also adds a good number of ports to your laptop. I won’t be surprised if I see a few desks with the Dual Charge Dock on them in the near future.

PS — if you prefer Thunderbolt, Dell’s also got a Thunderbolt 4 dock coming out in “Q2” for $469.99. It features fewer USB-A ports (and doesn’t have an integrated Qi charger) but does have Thunderbolt passthrough and more display outputs.