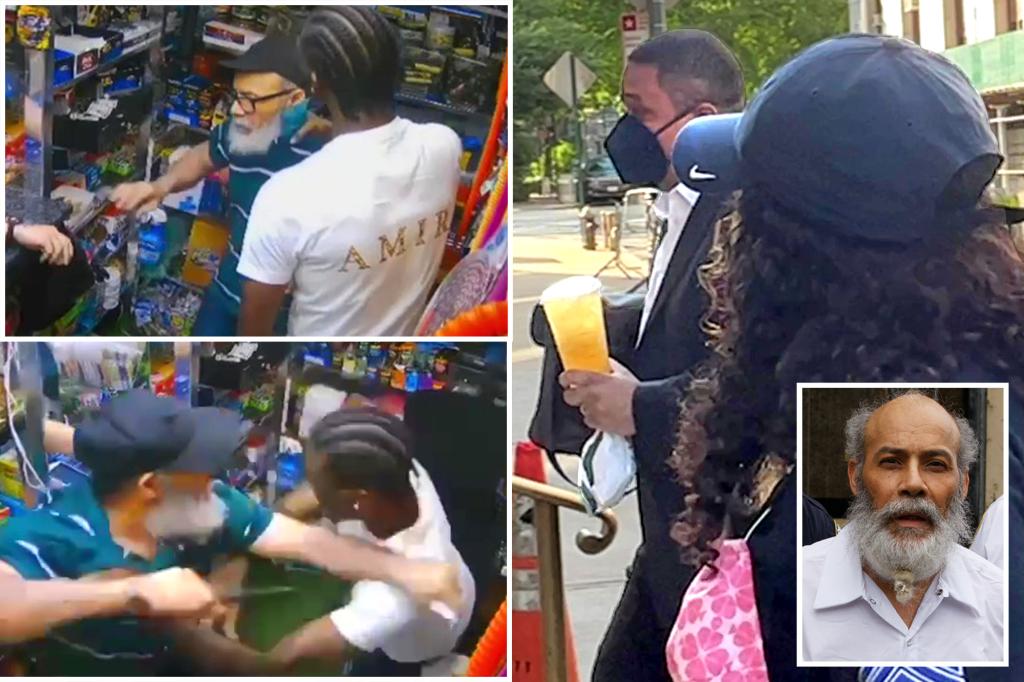 The embattled DA was silent as he arrived at his downtown Manhattan office first thing Monday, brusquely walking inside without a word as The Post asked if he had any comment on 61-year-old Jose Alba’s controversial case.

Bragg has faced heavy backlash since his office decided to charge Alba with second-degree murder for killing an ex-con who attacked him behind a Manhattan bodega counter last week.

Surveillance footage of the fatal ordeal showed the bodega clerk fighting off an enraged Austin Simon, 35, just moments before Alba stabbed him inside the Hamilton Heights Grocery store July 1.

New video obtained by The Post on Sunday appeared to show Simon’s girlfriendly pulling a knife from her purse and stabbing Alba in the shoulder during the mayhem.

Simon later died in the hospital from his stab wounds, and Alba was promptly taken into custody and charged.

The slain ex-con’s girlfriend hasn’t been charged in the case.

United Bodegas of America officials revealed over the weekend that they would meet with Bragg on Tuesday to plead with him to drop the charge against Alba, arguing it was a case of self-defense.

The group also suggested that the Big Apple should adopt a local version of Florida’s controversial “Stand Your Ground” law in the wake of Alba’s arrest.

“Mr. Alba was clearly defending himself from the younger and stronger man who assaulted him,” UBA President Radhames Rodriguez said.

“There was no time for Mr. Alba to think when his life was in danger. The videotapes clearly show who the aggressor was in this case. Austin Simon went behind the counter to beat Jose Alba and possibly kill him, Jose simply defended himself with whatever he could get his hands on.”

Alba was initially held at Riker’s Island on $250,000 bail until Bragg’s office negotiated a reduced amount that allowed him to secure a $5,000 bond in the wake of widespread scrutiny.