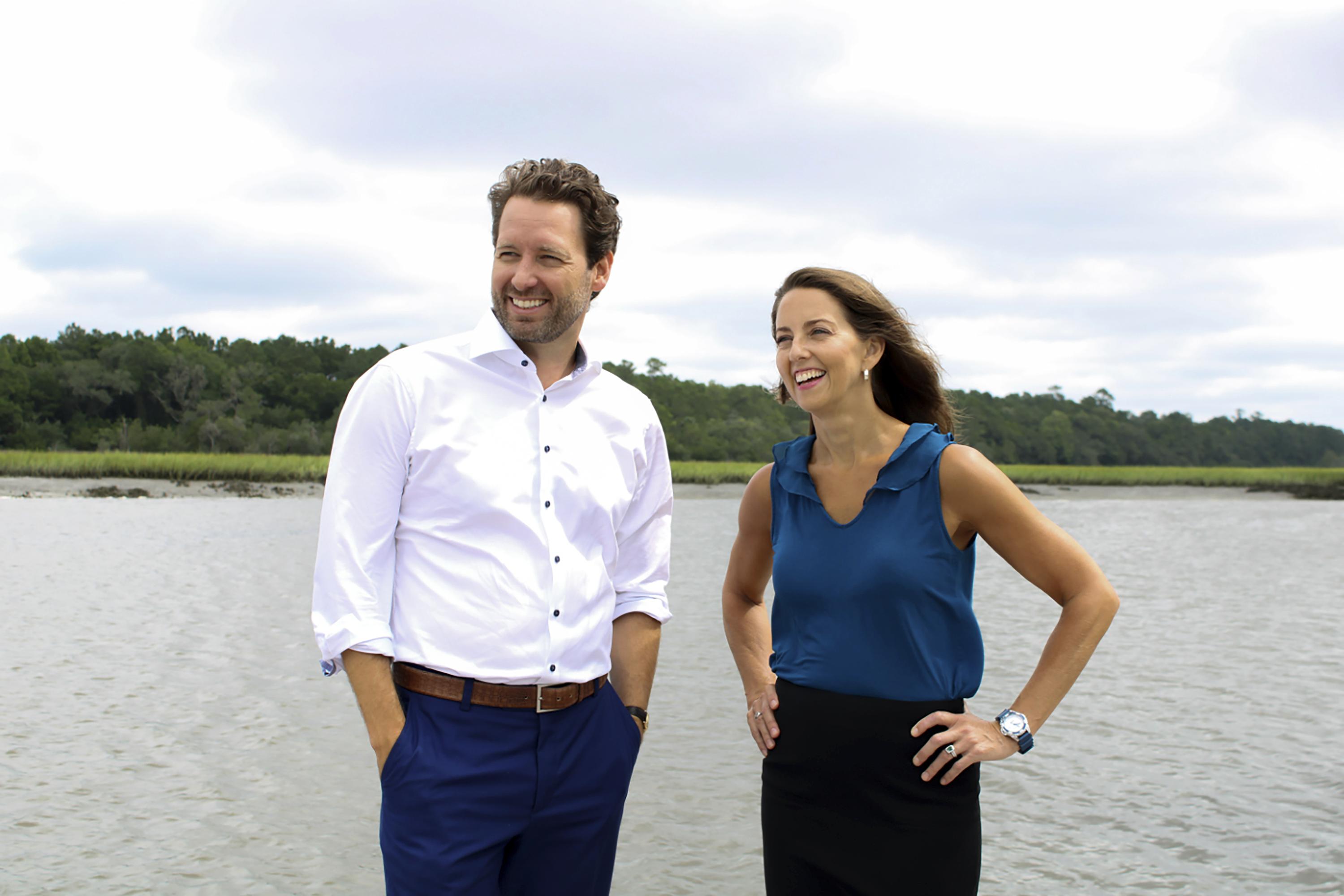 COLUMBIA, SC (AP) — Joe Cunningham has chosen Tally Parham Casey, a civil litigator who flew fighter jets during three combat tours over Iraq, to ​​be his running mate in his quest to become South Carolina’s first Democratic governor in 20 years.

“She’s one of the most impressive people that I’ve ever met,” said Cunningham, who previewed his lieutenant governor pick for The Associated Press ahead of a formal announcement Monday. “She She’s fought for our freedoms abroad, and she wants to continue fighting for those freedoms, so that’s why I put her on the ticket, and she she’s agreed to do it.”

Cunningham, 40, planned to introduce Casey, 52, at an event in Greenville, her hometown.

“I have long admired Joe’s bipartisan approach to governing and believe he is exactly what South Carolina needs as governor,” Casey said in a statement provided by the campaign, calling her selection “an incredible honor and privilege.”

“Joe is a regular guy who has the guts to say what we’re all thinking,” she also said in the statement.

This is the second gubernatorial election cycle in which contenders for South Carolina’s top two executive offices run on the same ticket. In years past, governors and their lieutenant governors were elected separately, meaning that sometimes the politicians clashed ideologically or were from different parties.

Last week, Gov. Henry McMaster and Lt. Gov. Pamela Evette, 54, became South Carolina’s first gubernatorial ticket to file for reelection, with McMaster calling the payroll company founder “fully conversing with the trials, tribulations and challenges of business.” That skillset, the governor has saidcomplements his decades in law and politics.

Since her election in 2018, Evette has spent many months traveling the state, meeting with businesses and promoting their relationships with South Carolina’s technical training schools. Both she and the governor say keeping them strong is key to the state’s manufacturing economy.

Cunningham also points to the diverse experiences of his running mate. Casey’s military service, legal savvy and the fact that she’s a woman make her the right fit for where he’d like to take the state, he said.

“Tally is the best person for the job, period,” Cunningham told AP. “And the fact that she’s a woman brings that perspective to the ticket, especially in light of everything that’s gone on with Gov. McMaster’s attack on our freedoms and his assault on women’s rights. It makes it that much more personal for Tally.”

The Republican-dominated Legislature is on track to make abortions even harder to get in South Carolina following the US Supreme Court’s decision to reverse its nearly 50-year-old Roe v. Wade ruling affirming a constitutional right to the procedure.

While abortion-rights groups challenge the state’s current law, which bans abortions after six weeks of pregnancy but includes some exceptions, a special legislative committee advanced a proposal last week to ban almost all abortions, except when the mother’s life is at risk.

McMaster, who has said he would “immediately” work with those lawmakers, said last week that the six-week ban includes “good exceptions” and is “quite reasonable.”

Cunningham has called for legislators to hold off on debating the measure this fall until after the November election.

Casey was South Carolina’s first female fighter pilot, enlisting with the state’s Air National Guard’s 157th Fighter Squadron in 1996 and attaining the rank of lieutenant colonel. She has nearly 1,500 hours in the F-16, more than 100 of them in combat, and has received numerous service-related awards.

Casey has also been an attorney for more than two decades, most of that at Wyche PA in Columbia, where she was elected chair in 2017 and focuses on commercial litigation, products liability, insurance and aerospace law. The graduate of Princeton University and the University of Virginia School of Law she has also been a federal law clerk.

Like Cunningham, Casey is significantly younger than McMaster, who at 75 is the state’s oldest governor, and whose age the Democrat has said is too advanced to adequately represent South Carolinians.

“He’s been in politics literally longer than I’ve been alive, and you look at where that’s gotten us,” Cunningham said. “What Tally offers is much-needed change, and it’ll be a refreshing take on politics.”

Cunningham has proposed an age cap of 72 for South Carolina officeholders — a shift that would require voters to approve a constitutional change. He’s signaled openness to a similar federal age limit, which would apply to 82-year-old House Majority Whip Jim Clyburn of South Carolina and 79-year-old President Joe Biden.

Meg Kinnard can be reached at http://twitter.com/MegKinnardAP.