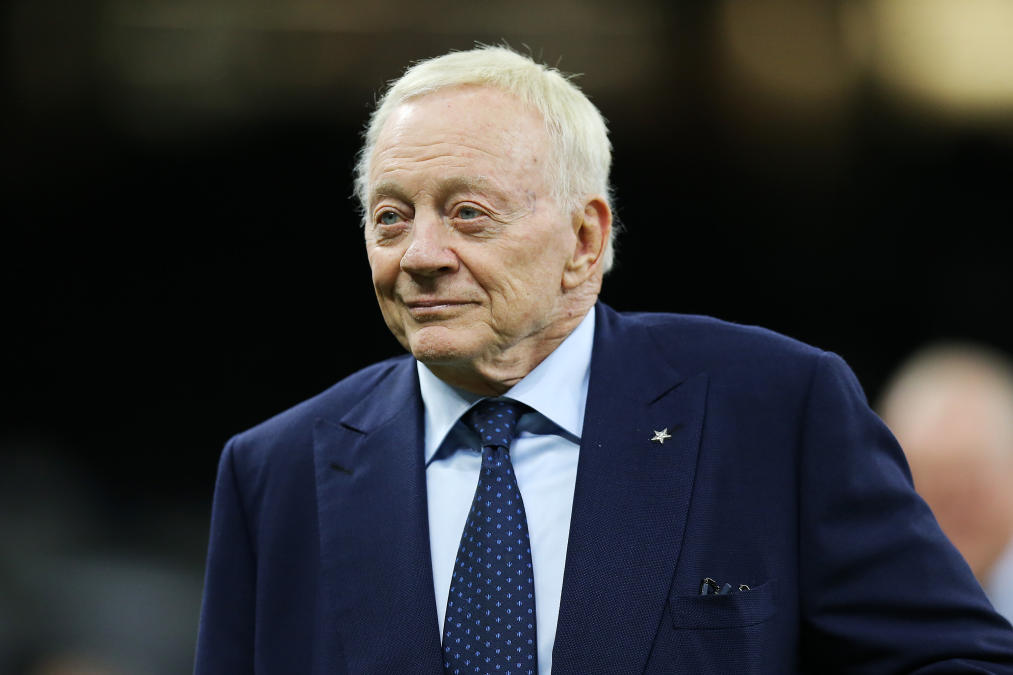 A woman claiming to be Jerry Jones’ biological daughter is suing the Dallas Cowboys to be able to publicly identify him as her father, and she seems to have interesting financial evidence.

According to ESPN’s Don Van Natta Jr., Jones has paid nearly $3 million to Alexandra Davis, a 25-year-old Congressional aide, and her mother Cynthia Spencer Davis, who reportedly claims to have met Jones in 1995 when she was working as a ticket-counter agent for American Airlines in Arkansas.

Don Jack, the Arkansas lawyer who made the payments, reportedly told ESPN he delivered them on Jones’ behalf. He reportedly started with a $375,000 sum followed by monthly “child support” payments and the coverage of other expenses, such as Davis’ full SMU tuition, a $70,000 Range Rover on her 16th birthday, $33,000 for her “Sweet 16” party, $24,000 for a trip abroad after her college graduation and $25,000 for a mother-daughter Christmas trip to Paris.

When asked if describing such payments as child support was an admission of paternity for Jones, Jack went to some … interesting lengths to deny it.

Jones has not acknowledged that Davis is his biological daughter. Asked why he used the term “child support” in his statement, Jack said, “I used the term child support because that’s what the agreement calls it.” Asked if the “child support” payments indicate that Jones is Davis’ father, Jack paused for five seconds before saying, “I am not going to answer that one. My statement speaks for itself.”

Asked why Jones paid millions to Davis and her mother if Davis was not his daughter, Jones spokesman Jim Wilkinson declined to comment.

Davis, who currently works for US Rep. Ronny Jackson (R-Texas), filed his lawsuit earlier this month in Dallas County court. Her stated goal was to have the court rule she was not legally bound by an agreement between Jones and her mother, to which the above payments are tied, that barred her from identifying the billionaire as her father.

Davis was one year old at the time of the agreement. Her lawyer told ESPN that she was not interested in receiving additional money, but Jack claimed the same letter to him in a Dallas steakhouse several years ago that claimed a $20 million payment would stop her from bothering Jones in the future.

Davis’ lawyer disputed that claim and asked if there was proof of the letter. Neither Jack nor Wilkinson could provide proof of a letter or date for the dinner in question.