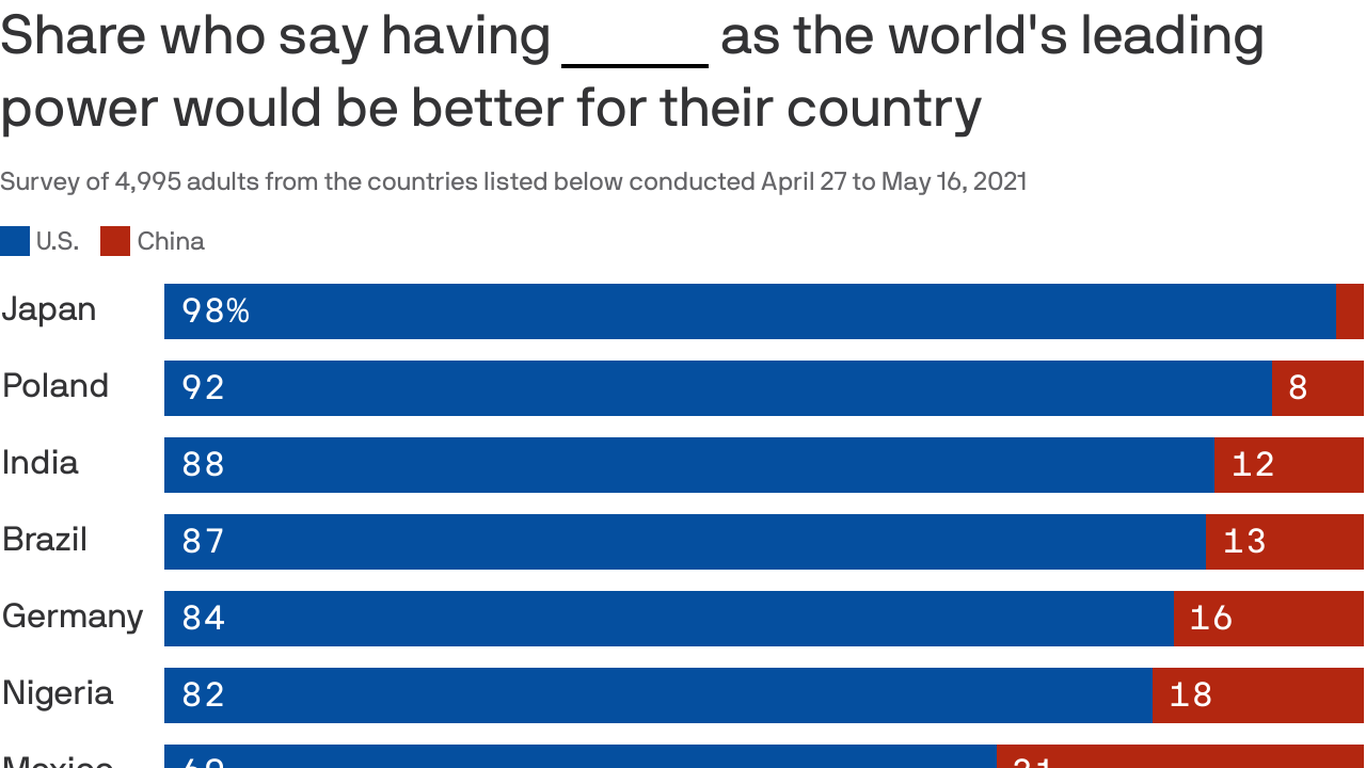 The new poll of nine big countries finds a strong preference for the US, rather than China, to be the leading superpower.

Why it matters: The Eurasia Group Foundation (EGF) poll is the latest signal that many around the world are viewing China’s rise with trepidation.

Breaking it down: Huge majorities in India, Nigeria, Poland and Brazil — and pluralities in Egypt and Mexico — think US influence in their region has generally been positive over the last 20 years.

That’s a relatively new phenomenon in China. When EGF first conducted this poll in 2019, just 17% of Chinese respondents had negative views of the US overall. Three years later, 45% of the.

EGF also asked about two other US exports: pop culture and “ideas of democracy.”

The trend: Favorable views of the US have increased significantly in Germany, Japan and Mexico since Donald Trump left office.

More from the survey: