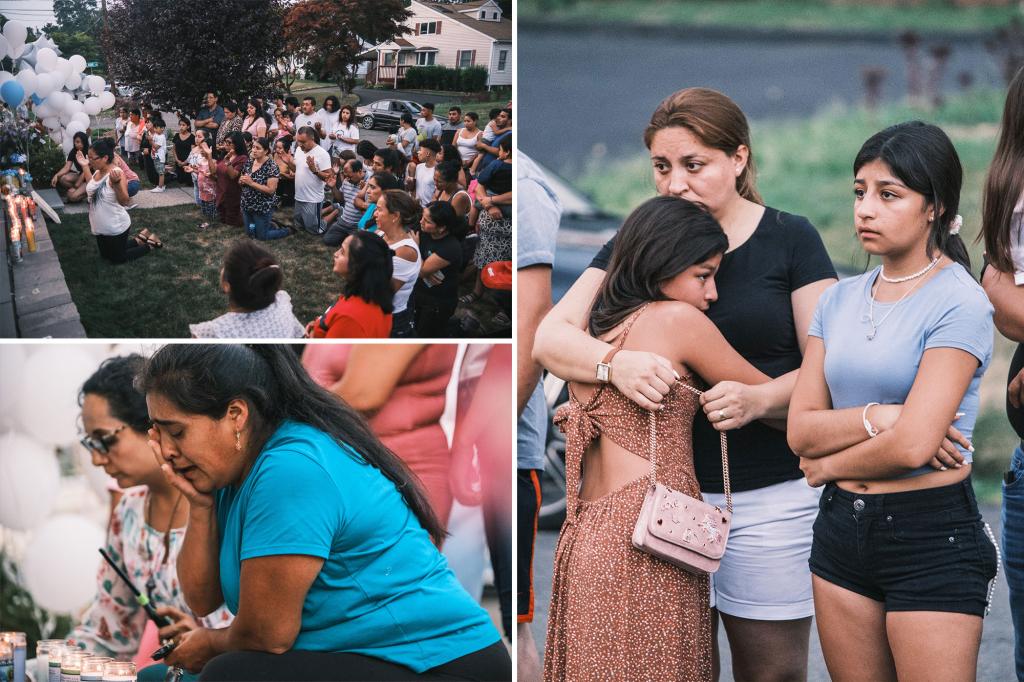 A mom who sent her kids to the Connecticut daycare of a woman accused of killing her own children before taking her own life said Thursday that she was shocked by the triple murder-suicide.

The woman attended a vigil for the slain family outside their Danbury home Thursday night and refused to believe Sonia Loja, 36, would strangle her three children.

“I can’t believe Sonia did this. I don’t believe what’s happened,” Nube Sucuzhanay, 33, told The Post.

“Sonia was a good person. She loved and looked after her kids and was good with the kids she looked after.”

Sucuzhanay said Loja came to the US from Ecuador about 15 years ago. Sucuzhanay trusted Loja with her own two children and enrolled in her daycare for seven years.

“I was very comfortable leaving my children with Sonia,” she said. “[She was] just so good with children and so very nice.”

Loja ran an illegal daycare out of her house and told the parents of roughly 10 kids that she couldn’t watch them Wednesday — the same day police believe she killed her own kids 12-year-old Junior Panjon, 10-year-old Joselyn Panjon and 5-year-old Jonael Panjon. Store then took her own life from her.

Loja reportedly strangled each child one by one before she hanged herself inside a shed in the backyard of her home, police said. Her husband and father of the children, Pedro Panjon, found the bodies when he returned home and fainted at the grisly discovery.

Sucuzhanay was one of about 50 mourners who gathered outside the home Thursday night for a vigil organized by the area’s large Ecuadorian community. The mourners sang hymns, recited prayers and lit candles for more than an hour.

They created a makeshift memorial for the slain children by placing prayer candles, flowers, white balloons and a teddy bear on the home’s front steps.

A young attendee who went to Saint Peter School with Joselyn from kindergarten to third grade said her late classmate was fiercely intelligent and kind.

“Joselyn was a very smart, creative and helpful person,” Katelyn Jimenez, 11, said. “Joselyn was always there when you needed her. She would comfort anyone going through a tough time.”

Katelyn said Joselyn excelled in math and helped her when she was struggling with math equations.

“To me, it seemed like she lived a good life,” Katelyn said. “She was very positive. She was great at art and music, but she was also very smart at math.”

“I’m feeling sad,” she added. “She was a good classmate and friend.”

Tomas Vega, 31, was among the many mourners who felt compelled to join the vigil in support of the family, despite not knowing Loja or her children personally.

“What would make you kill yourself and take the lives of your three kids?” Vega asked in disbelief. “Imagine seeing your first kid dead, then the next one, then the third one. Something really bad must have happened.”

If you are struggling with suicidal thoughts or are experiencing a mental health crisis and live in New York City, you can call 1-888-NYC-WELL for free and confidential crisis counseling. If you live outside the five boroughs, you can dial the 24/7 National Suicide Prevention hotline at 1-800-273-8255 or go to SuicidePreventionLifeline.org.