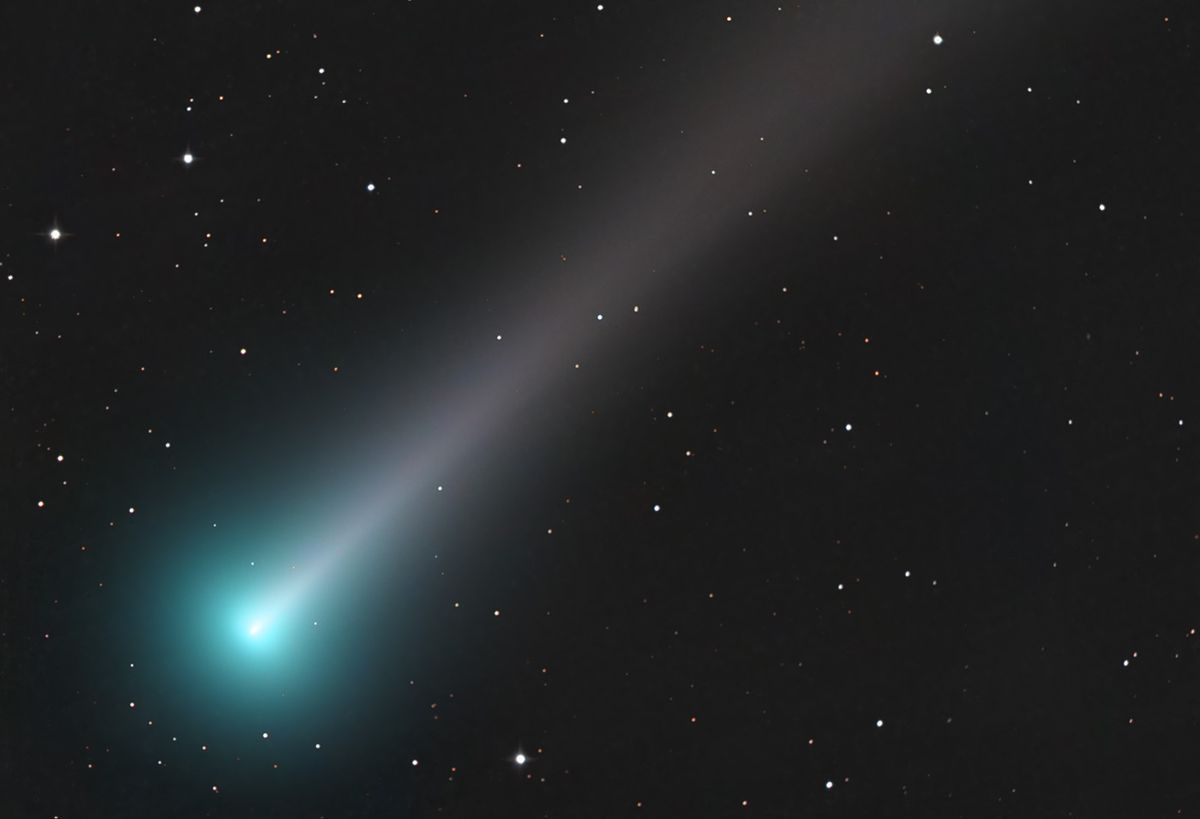 The brightest comet of 2021 has disintegrated, according to EarthSky.

An icy wanderer known as Comet Leonard (C/2021 A1) fell apart during its perihelion, or closest approach to the sun, the report said. Perihelion was designed for Jan. 3, roughly a year after the comet’s discovery.

The comet’s discoverer Gregory Leonard, of the Catalina Sky Survey in Tucson, told EarthSky the comet’s legacy was the tail structures made up of charged particles, known as ions. The tail was subject to “spectacular outburst-induced displays” after spotting the comet on Jan. 3, 2021, he said.

“Otherworldly and astonishing are the only descriptions that come to mind when I began viewing images being posted online by a handful of expert astrophotographers, particularly after Dec. 19, 2021, when the dedicated comet began the strong periodic outburst activity,” Leonard told EarthSky.org.

Related: Amazing photos of Comet Leonard in the night sky

Even if the comet had survived its journey around the sun, it would have been flung into interstellar space, never to return. But that wasn’t to be. First came a false alarm in late November that the come might be showing signs of stress.

“Observers — mainly amateur astronomers who carefully view and image these objects — began to wonder if the comet was beginning to disintegrate,” EarthSky reported. “Several signs of unusual behavior caused this alert. The brightness trend slowed, the head of the comet no longer appeared round, and the comet’s path seemed to be veering off course.”

The comet didn’t disintegrate due to these factors, however. The brightness estimation was affected by moonlight and light pollution at observers’ location, which can limit the size of the coma. Also, further analysis of the nucleus showed that it was not breaking up, although it couldn’t have been predicted further at the time.

As for the “veering off course”, EarthSky noted that it didn’t appear to be the case by the time the Central Bureau for Astronomical Telegrams issued Electronic Telegram #5077 on Dec. 2. Daniel Green (who wrote the telegram) noted that some recent observations did not accurately chart the comet’s course. Green added that brightness predictions were on track, in terms of the comet staying together through its journey around the sun.

Comets, however, are notoriously unpredictable. Comet Leonard did fall within the limits of the Bortle Limit, which is a scale of brightness first suggested in 1991 by amateur astronomer John Bortle. Simply put, the limit says the closer the comet gets to the sun, the brighter it must be to survive the journey.

In the weeks before perihelion, however, Comet Leonard’s brightness started to change every three to five days. “The comet’s tail began to show some complicated structure, possibly due to pieces breaking off the nucleus, revealing new areas that the sun would then said heat,” EarthSky.

“By this time,” EarthSky continued, “it was difficult to observe. It was located in the evening southern sky, not far from the sun. Yet, astronomers continued to monitor it as it faded.”

Confirmation of Leonard’s breakup first came from Martin Masek on Feb. 23. Other observers, including the SLOOH telescope in Chile, obtained images showing the comet is little more than a “ghostly streak,” EarthSky said.

The comet’s discoverer, however, said he was glad to have had the opportunity to see an object that was a remnant of the early solar system.

“Comets, particularly those with extraordinary apparitions, somehow insist that we pause to admire their magnificence and mystery,” Gregory Leonard told EarthSky. “I also appreciate that comets are reminders of the transient nature of … well nature, and all things. And of course, comets are full of surprises, reminding us that we humans are not in control.”

Editor’s Note: If you snap an amazing comet or night sky picture and would like to share it with Space.com readers, send your photos, comments, and your name and location to spacephotos@space.com.