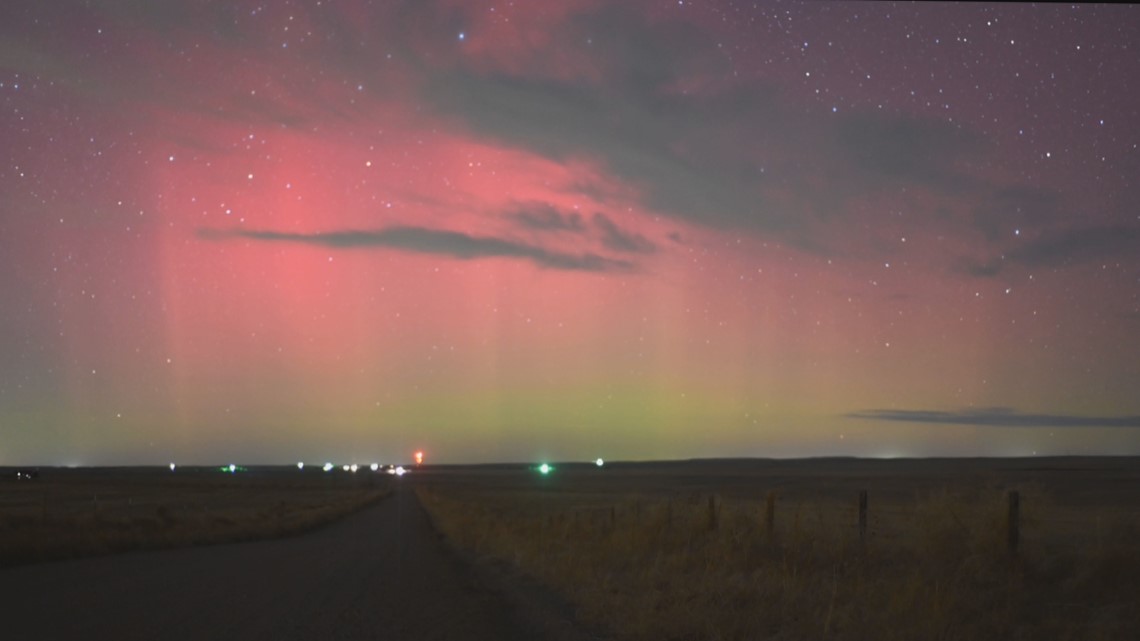 The northern lights were seen in Colorado on Wednesday; more chances to see the aurora are on the way.

WELD COUNTY, Col. — The sun is coming out of the minimum phase in its solar cycle, and flare activity is increasing. On Monday, two large solar flares were detected on the Earth-facing portion of the sun, and a pair of coronal mass ejections (CME) were unleashed.

“It basically launched two giant magnets towards Earth, each one traveling more than 1 million miles per hour,” said Bill Murtagh with the Space Weather Prediction Center (SWPC) in Boulder.

Murtagh said it’s about a billion tons of magnetically charged plasma gas that gets blasted out of the sun’s corona. The second wave of energy was moving at a faster pace than the first, and it overtook the first wave just as they hit the Earth’s magnetic field. He called it solar cannibalism.

“That’s right and that’s why we call it a cannibal CME because it essentially swallows up the other one and they merge together,” he said. “Instead of them coming back-to-back, we have two coming in combined.”

When the merged CME made contact with the Earth, Murtagh said a magnetic storm erupted over the north pole, resulting in one of the most dramatic aurora borealis in many years.

Even experienced aurora chasers from southern Canada said Wednesday night’s aurora was the most vibrant in many years, but the northern lights even made it down to Colorado.

The glow of the aurora was captured by many local photographers, including Erin Moe. She took a short drive away from the city lights and caught a time-lapse shortly after sunset at the Pawnee National Grasslands.

“I just can’t believe that I was able to catch that,” said Moe. “There’s a ton of views of it on Twitter and I think more than half of those are mine because I just keep watching it over and over.”

Got a good surge!! This is my first time seeing the aurora #Aurora#cowx pic.twitter.com/AMdWmHE5QZ

One thing noticeably different about the aurora in the southern latitudes, like Colorado, is that there is a lot of pink and red hues. Unlike the mostly green hues up north.

“We have to deal with more of the curvature of the Earth down here in Colorado, so we are looking higher into the atmosphere where the reds occur,” said Murtagh. “The greens are in the lower levels, so you see mostly that when you are in the northern latitudes.”

Another thing, is that there is no structure to the aurora when viewed from Colorado. It’s mostly just a faint glow or pillars on the horizon.

“Don’t go out there expecting to see this magnificent aurora dancing in motion high above your head, with ribbons of structure like you see in pictures way up north,” said Murtagh. “The last time we had something like that in Colorado was in 2003. It has to be a very large storm for that — it’s very rare.”

As long as you are realistically prepared for what you might see, the aurora in Colorado can still be thrilling.

The SWPC in Boulder forecasts space weather and issues alerts to communications and energy companies that may be impacted by the magnetic energy disruptions. But another part of their job is forecasting the aurora borealis.

Murtagh said satellite data can detect the instant a solar flare unleashes a CME, their sophisticated computer forecast models can measure their size and speed of travel, and pinpoint their arrival on Earth down to the exact hour. But forecasting the strength of the magnetic storm once it interacts with Earth’s magnetic field, and thus the vibrancy and reach of the aurora borealis, is much more difficult.

“That’s the holy grail of this business,” he said. “We just don’t know their magnetic structure until they get here, and that is what determines the scope of the magnetic storm when it merges with our magnetic field.”

He said Wednesday night’s magnetic storm was a G3 on the Geomagnetic Storm Scale which is big enough to bring the visible aurora to Colorado, but often times the direction of the solar winds can still prevent the light from the aurora from being seen down south.

If the magnetic wind is blowing from south to north, then the aurora can get pinned to the pole. On Wednesday night, the solar wind was blowing from north to south and brought the northern lights to Colorado.

The solar wind is currently blowing from south to north which will likely keep tonight’s Aurora from being visible in Colorado. If the red line swings down into the negatives, that could bring the particles back into range down south again.https://t.co/mzUi4spOHx pic.twitter.com/lnzIZNiHmN

Real-time solar wind data can be monitored on the SWPC website. If the red line, which is the Bz Geocentric Solar Magnetospheric coordinate, is in the negative numbers, the solar wind is blowing to the south.

Murtagh said a G3 storm must have a favorable solar wind to be seen in Colorado. Another G3 storm is forecast for Thursday night, but the solar wind is blowing north. The wind will have to switch sometime overnight to bring the aurora back to the southern states.

The aurora looks much dimmer to the naked eye in Colorado than it appears in photographs, including the time-lapse capture by Erin Moe.

The key is to get a camera that allows you to adjust the length of time the iris is open during the capture. The longer the exposure, the more light there will be in the capture.

Of course, you will need a tripod when doing long-exposure photography because any movement of the camera while the iris is open will be recorded in the picture.

There has been some recent success in capturing the aurora with smartphones. Some have great low light settings or allow you to iris up a few levels manually before taking a picture.

The sun is just starting to come out of solar minimum. Sun spot activity has been practically dormant over the past three years, and Murtagh said Wednesday night’s geomagnetic storm was just a warmup.

He expects a rash of G3 level solar storm activity over the next two years until the peak of this solar cycle in 2025, and then a couple more years of activity on the downswing.

“So, the type of activity that we are seeing now is going to become a little more normal,” he said. “We will see these eruptions occurring maybe as much as every month or every other month kind of basis.”

“I can guarantee there are some G4 storms coming in the next couple of years,” said Murtagh. “And you may not need a favorable solar wind to see the aurora in Colorado with those. If we get a G5, they’ll be seeing the northern lights in Florida.”

There is an average of four G5 level storms in a cycle, although there was not one in the last solar cycle. The last G5 storm came in the fall of 2003.

Murtagh said the some of the worst geomagnetic storms in history have come during spurts of multiple solar flares.

“When we characterize a worst case scenario in a space weather event, that’s generally where the focus is with these series of events,” he said. “Either one catches up with the other or one clears the way for the big one like a Carrington class event.”

He said the Carrington event in 189, which was the strongest magnetic storm in recorded history, likely5 from a series of flares and did many of the largest storms.

RELATED: Study finds coronal loops may be an optical illusion 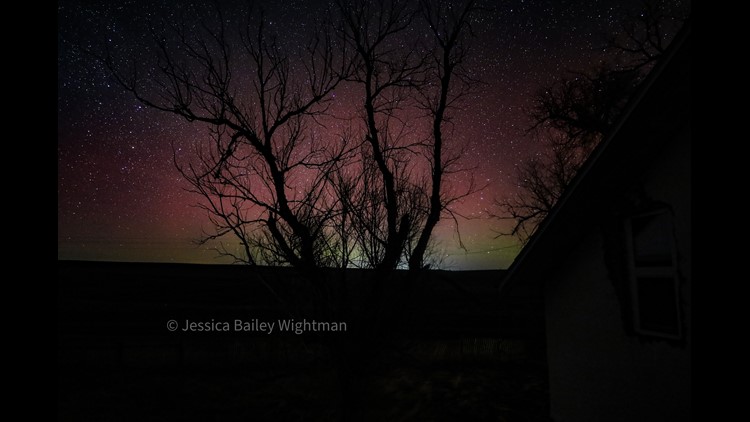