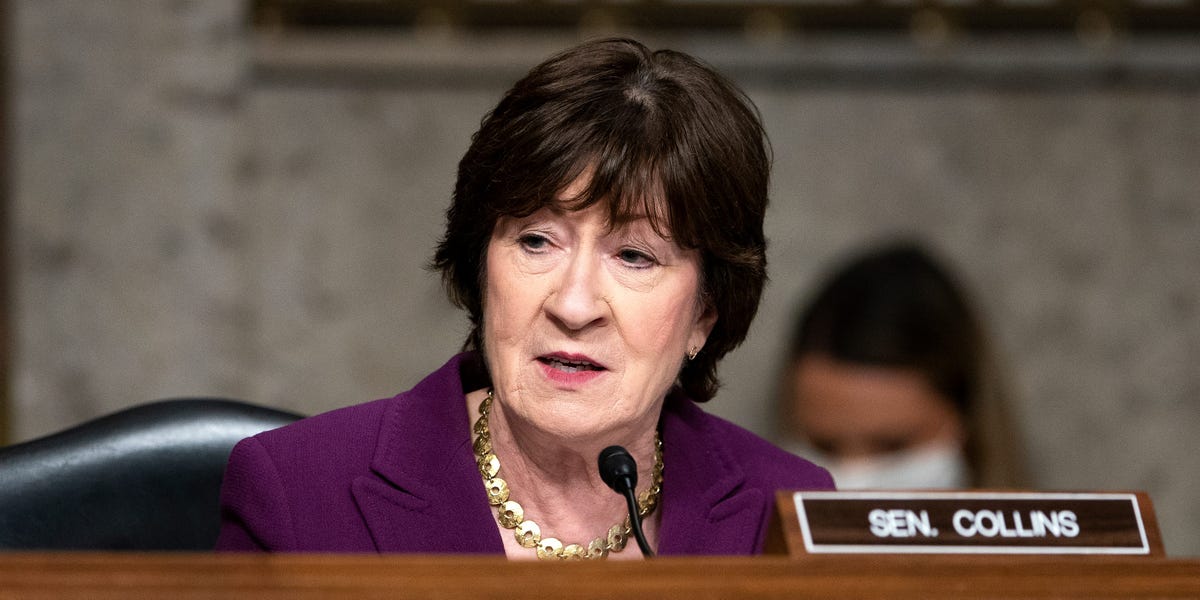 Democrats may be one step closer to declaring economic victory in the Senate, but one Republican lawmaker is warning that their closed-door dealings could have bipartisan consequences.

“I just think the timing couldn’t have been worse and it came totally out of the blue,” Collins told HuffPost.

Democrats announced the deal on Thursday just hours after 17 Senate Republicans joined all 50 Democrats to approve a $52 billion bill to strengthen the US industry responsible for computer chips that power smartphones, medical devices, and other high-tech items. Senate Minority Leader Mitch McConnell had previously threatened to hold up the semiconductor legislation if Democrats tried advancing their health, climate, and tax bill.

The economic legislation would be passed through the budget reconciliation process, requiring only 50 Democratic votes and essentially curtailing any path of GOP resistance.

“After we just had worked together successfully on gun safety legislation, on the CHIPs bill, it was a very unfortunate move that destroys the many bipartisan efforts that are under way,” Collins told the outlet.

If the bill passes the Senate and is signed into law, it would formally repeal the 1996 Defense of Marriage Act that defined marriage as between a man and a women. The courts later struck that definition down, but the original law remained on the books. The Respect for Marriage Act would also prohibit any state actor from “failing to give full effect to an out-of-state marriage” on the basis of sex, race, gender, or national origin.

But after Democrats’ Wednesday surprise, Collins says support for the gay-marriage bill, as well as a slew of other bipartisan efforts, could be in trouble.

Time is running out before lawmakers’ August recess. Collins told HuffPost that she didn’t know if the Respect for Marriage Act would ultimately be pushed to the fall campaign season, but said she plans to continue drumming up support for the legislation in the meantime.