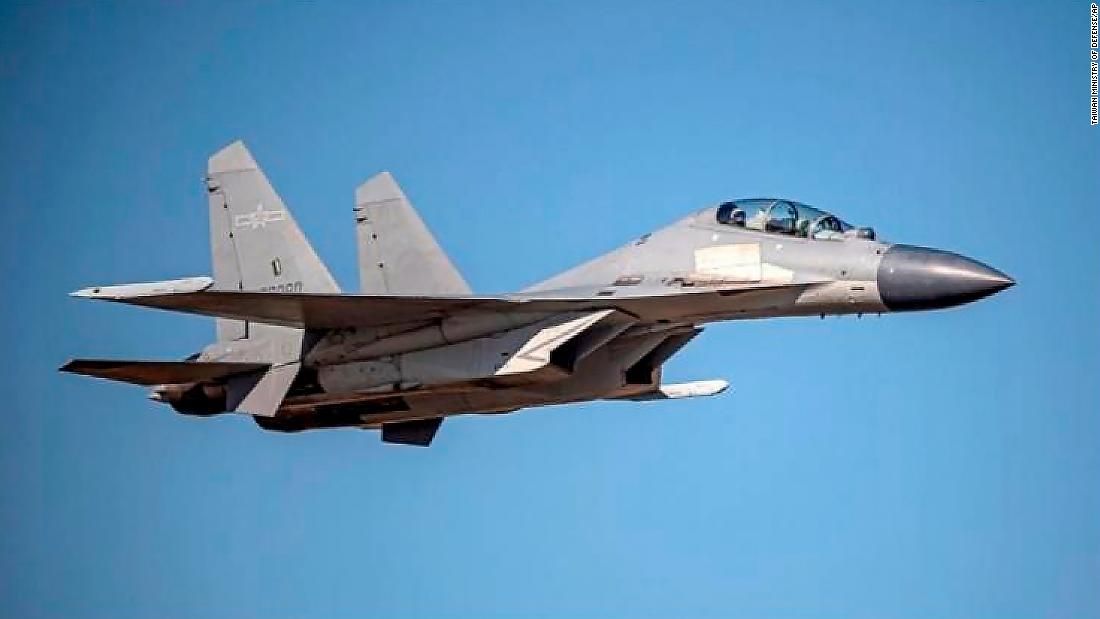 The Chinese J-16 drew alongside the Australian P-8 while it was on a routine surveillance mission in international airspace last month before releasing flares and chaff that entered at least one of the Australian aircraft’s engines, Australian Defense Minister Richard Marles said.

Military planes usually release chaff — typically tiny strips of aluminum or zinc — as a deliberate countermeasure to confuse missiles, but can also use it to sabotage pursuing aircraft.

In a statement, Australia’s Defense Ministry described the encounter as “a dangerous maneuver which posed a safety threat to the P-8 aircraft and its crew.”

“The J-16 then accelerated and cut across the nose of the P-8, settling in front of the P-8 at a very close distance.

“At that moment it then released a bundle of chaff, which contains small pieces of aluminum, some of which were ingested into the engine of the P-8 aircraft. Quite obviously, this is very dangerous,” Marles said.

When ingested, chaff can damage the jet engine’s blades and in extreme instances can even shut it down, said Peter Layton, a former Australian Air Force officer who is now a fellow at the Griffith Asia Institute.

While the P-8 can operate on only one of its two engines, the alleged incident would have forced it to return to base, effectively ending its patrol, Layton said.

“This was not safe, what occurred, and we’ve made appropriate representations to the Chinese government expressing our concern,” Albanese said.

The Australian aircraft was flying “in accordance with international law, exercising the right to freedom of navigation and overflight in international waters, and airspace,” he said.

CNN has asked the Chinese government to comment on the Australian allegations.

This is the second time week that Chinese aircrafts have been accused of endangering the reconnaissance flights of other militaries.

In some instances the Chinese warplanes came so close the Canadian aircraft had to change course to avoid a collision, the Canadian Armed Forces said.

Tensions between China and Australia have been simmering much of this year.

In February, Australia alleged that a Chinese warship used a laser to “illuminate” an Australian P-8 in waters off the country’s north coast. Laser directing at an aircraft can damage the pilots’ sight and put the aircraft in jeopardy, according to the US Federal Aviation Administration.

The Australian government called that act “dangerous” and “reckless.”

But Beijing said the Australian allegations were untrue and that its warship was acting in accordance with international law. It accused Australia of “maliciously spreading false information about China.”

China and Australia have also been at odds over Beijing’s effort to pursue new security agreements with a range of Pacific island nations that have been close partners of Australia in the past.

There have been other close encounters between Chinese and foreign warplanes over the years.

The worst of these occurred in 2001, when a Chinese fighter jet collided with a US Navy reconnaissance plane over the South China Sea.

In that case, the pilot of the Chinese F-8 fighter was killed and the US plane had to make an emergency landing on China’s Hainan Island. The 24 US crew members were held on the Chinese island for 11 days before their release.