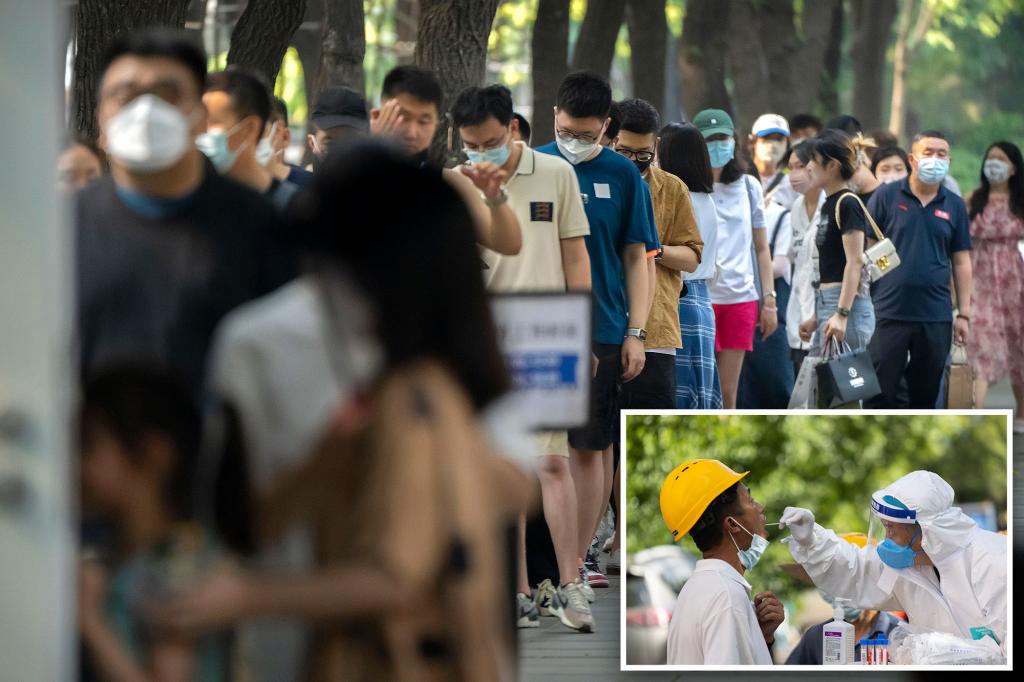 The Chinese government is again clamping down on cities where clusters of coronavirus cases have emerged, as the country looks to achieve its far-reaching “zero-COVID” policy.

The tightened measures came after Shanghai — where a more than two-month lockdown sparked unrest — moved to loosen restrictions by allowing in-person dining and reopening its Disney Resort theme park.

Wuxi, a manufacturing city near Shanghai in eastern China, stopped operations at many public venues — including shops and supermarkets — and suspended dine-in services after it reported 42 new asymptomatic cases Saturday. Residents were also advised to work from home and not travel outside the city unless absolutely necessary.

Si, a county of 760,000 in the Anhui province, went on lockdown and suspended public traffic as it reported 288 new cases Saturday.

And in Yiwu, China’s export capital for small commodities, flights to the capital Beijing were canceled indefinitely. The city had recorded three new COVID cases in the past week.

Mainland China grappled with 473 new cases, including 104 that were symptomatic, the country’s National Health Commission said Sunday. On Saturday, there were 268 new cases reported, with 72 of the patients showing symptoms.

China has hailed its hardline “zero-COVID” policy for stemming increases in cases and deaths, despite the major cost to its economy.