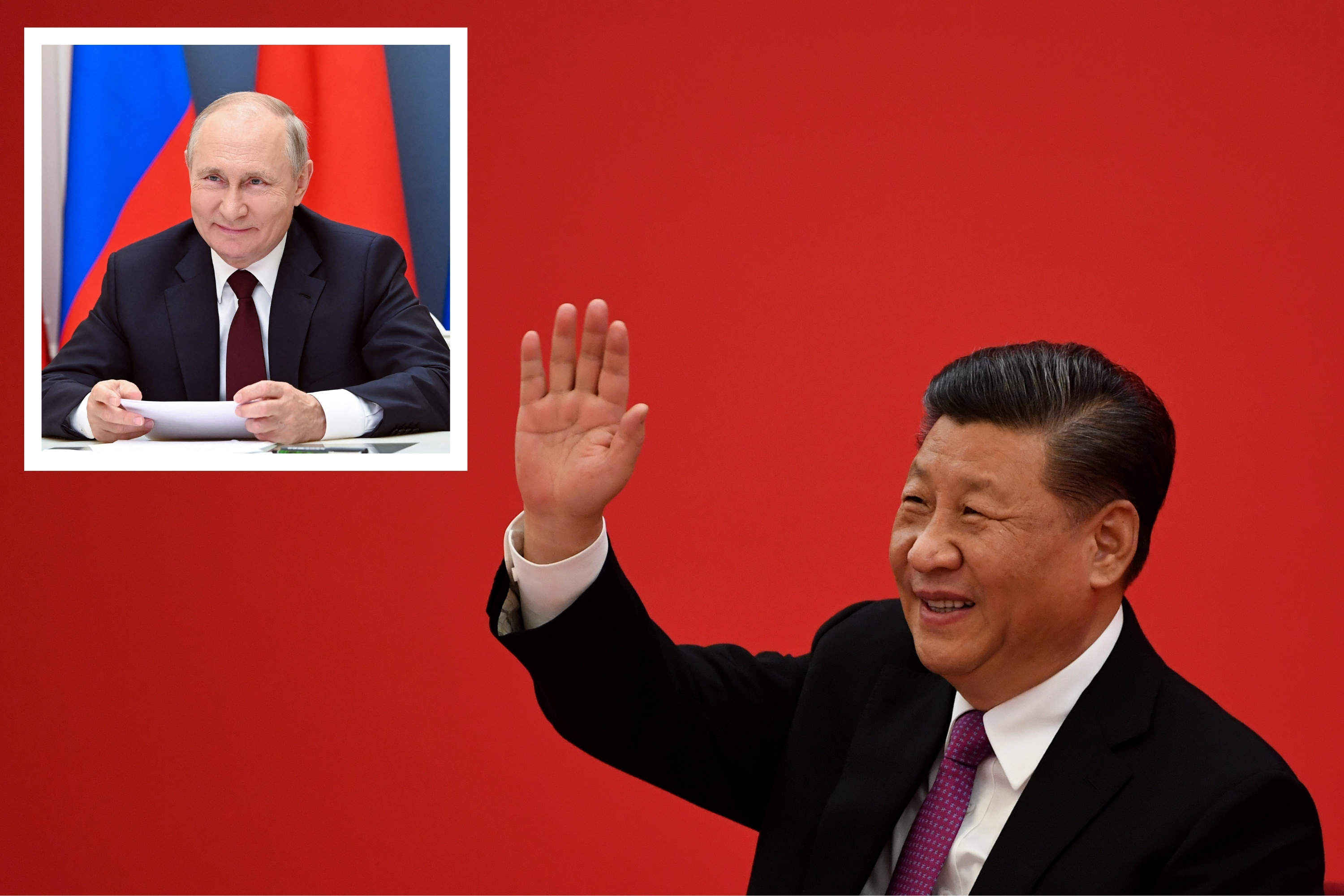 President Xi Jinping of China backed the legality of Russia’s ongoing war in Ukraine during talks with Vladimir Putin on Wednesday, the Kremlin has said, in what would constitute one of the most significant shifts since the conflict began more than 100 days ago.

“Vladimir Putin laid out his principled assessment of the situation in Ukraine and the tasks being tackled during the special military operation,” Moscow said in its readout of the June 15 call, which took place on the occasion of Xi’s 69th birthday.

“The President of China noted the legitimacy of Russia’s actions to protect fundamental national in the face of challenges to its interests security created by external forces,” the Kremlin said of the “warm and friendly” conversation.

Russia’s version of the Putin-Xi call—the second to be publicized since the invasion of Ukraine—differs in meaningful ways to the one released by Beijing, which quoted the Chinese leader as saying his country had made “independent judgments” about the cause of the conflict.

“All parties should seek a proper resolution to the Ukraine crisis in a responsible manner. China will continue to play a constructive role in this regard,” Xi told Putin in what were the Chinese Foreign Ministry’s only references to Ukraine.

That the Russian and Chinese readouts differ is not particularly surprising. Both countries are keen to highlight positions that most align with their national interests. But the Kremlin’s word choice, its use of “legitimacy” in particular, is notable—indirectly channeling Beijing’s political clout to challenge Western views of the war as “illegitimate.”

At the same time, however, the move is risky, likely to further damage China’s image among key trading partners in Europe and North America, who have not been convinced by Beijing’s stated neutral stance on the conflict—not publicly condemning Russia’s war, but not openly endorsing its actions in Ukraine either.

But in China’s highly regulated information environment, where Xi’s every image and quote must be polished before publication, there are no signs so far that Beijing feels its paramount leader has been misrepresented. Viewed from Brussels or Washington, it suggests Beijing’s acquiescence to Moscow at best, and a significant shift in its diplomatic position at worst.

On Weibo, a Chinese-language readout published by the Russian Embassy remains visible for China’s public to see, as is a summary of the February 25 Putin-Xi call, in which the Kremlin said the Chinese president “stressed that he respected the actions of the Russian leadership in the current crisis.”

Mixed views on Ukraine aside, there remains much convergence between Beijing and Moscow. In China’s readout, Xi and Putin backed each other on core issues concerning sovereignty and security, while promising to “deepen strategic coordination” between the two countries.

The Kremlin, meanwhile, said relations with Beijing “were at an all-time high and are constantly improving.” Railing against the West’s “illegitimate sanctions,” the two leaders agreed to cooperate on energy, finance and trade, according to Moscow.

“The further development of military and defense ties was touched upon as well,” said Russia’s readout. “The parties confirmed their mutual commitment to improve coordination and mutual support in various multilateral formats, including at the UN.”

Xi is yet to speak on the phone with President Volodymyr Zelensky of Ukraine since the war began on February 24.