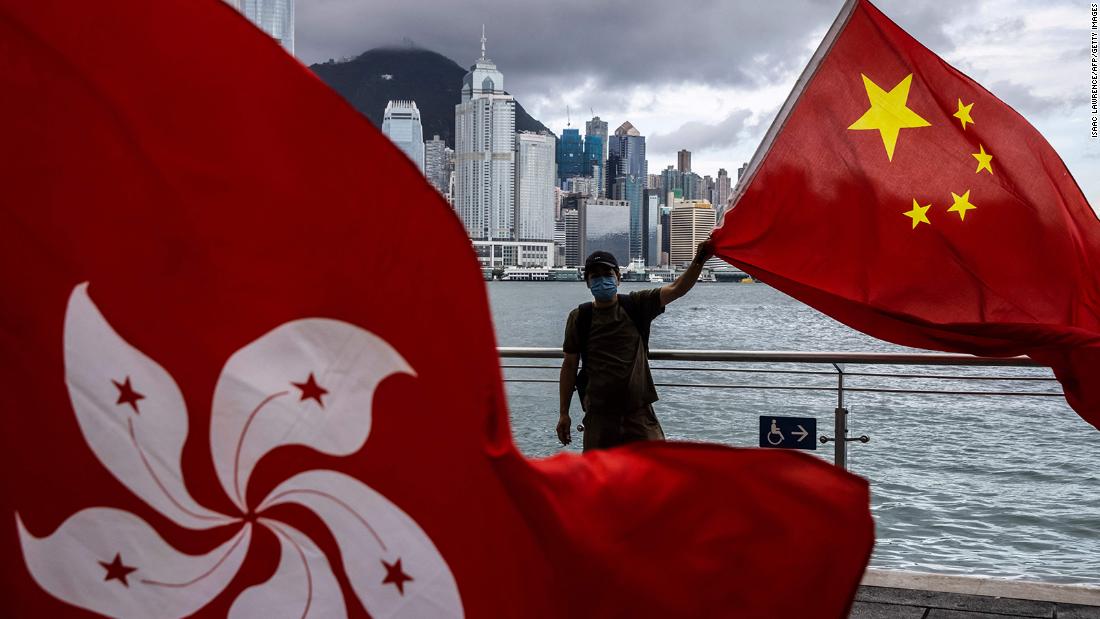 Xi’s demand, made over the weekend in a meeting attended by top Chinese officials, was one of a number of critical tasks listed by the Chinese leader for the United Front Work Department — a branch of the ruling Communist Party tasked with gaining influence both at home and overseas.

“The united front … is an important assurance for (China’s Communist Party) to defeat the enemy, to govern and rejuvenate the country, and to rally all Chinese people both at home and abroad to realize national rejuvenation,” Xi said at the Beijing conference on United Front Work, according to Xinhua state-run news agency.

The “profound changes” unseen in a century were playing out globally, Xi said, United Front efforts were “even more important.” That work, according to Xi, should include efforts to “strike the right balance between commonality and diversity” at home and “win hearts and minds of people in Hong Kong, Macao and Taiwan as well as overseas Chinese.”

Hong Kong — the subject of a crackdown by Xi following mass pro-democracy protests in the city three years ago — operates as a semi-autonomous entity under Beijing’s rule, as does Macao. Taiwan is a self-led democracy the Communist Party claims as its own territory and it said it seeks “unification,” despite never governed by having it.

“Efforts should be made to strengthen the ranks of patriots overseas, and help more foreigners understand and become friendly to China,” Xi added.

The department has also raised the suspicions of overseas governments amid accusations it seeks to co-opt ethnic Chinese people and other individuals, silence dissent and conduct foreign influence operations — allegations Beijing has denied.

Meanwhile, the United Front’s domestic operations — long seen as a way to stifle potential opposition to the Communist Party — had been viewed negatively internationally in light of a crackdown on certain religious and ethnic groups, which also fell under the view of the United Front

Xi, who elevated the importance of the United Front Work Department during his first term, is seeking to step into a third term this fall, an unprecedented move in recent decades and one that comes at a difficult time for China.

The country is facing numerous challenges from an economic slowdown at home to a significant decline in its global reputation, amid tensions with Western governments over China’s alleged human rights violations in Xinjiang, its crackdown on civil society in Hong Kong, and threats toward Taiwan.

This year, too, marks 100 years since the Party rolled out its United Front policy of alliance-building with non-Communist groups, which the country’s founding leader Mao Zedong cited as one of “three magic weapons” leading to victory in China’s civil war , alongside armed struggle and Party activities.

“All of (these) dynamics … basically affirm to them that this is a critical time for the Communist Party to exert its influence on the people of China who are not Party members, as well as the key constituents abroad who could potentially harm or help China and the Communist Party,” said Drew Thompson, a visiting senior research fellow at the Lee Kuan Yew School of Public Policy at the National University of Singapore.

“This is a critical moment in China’s development, so all aspects of China’s state power are committed to preserving the Party’s authority and contributing to China’s development and achievement of the ‘China Dream,'” Thompson added, referring to Xi’s longstanding vision of a powerful China.

In his comments, Xi called for a strengthening of the United Front in the “new era.”

He listed tasks including “fostering a strong sense of community for the Chinese nation” in its “ethnic affairs,” and developing religions “in the Chinese context” — decried by rights advocates as part of China’s recent crackdown on and ethnic identity.

Xi also stressed the need to “unite all the sons and daughters of the Chinese nation,” a phrase analysts say points to the Party’s vision of being connected to all ethnic Chinese, even those who are not Chinese nationals. Some ethnic Chinese have pushed back against that vision, which has become especially controversial in light of accusations that some Western governments have unfairly targeted people of Chinese descent as they seek to crack down on alleged Chinese espionage.

Xi’s comments on the United Front also controversially include Taiwan in China’s “rejuvenation” plans, and come at a moment when US-China tensions over the island have flared due to a possible visit from US House Speaker Nancy Pelosi to Taipei this week.

China has lashed out at the potential visit, vowing to take “resolute and forceful measures” if it goes ahead. Last week, China’s Defense Ministry reiterated the threat, warning: “If the US insists on taking its own course, the Chinese military will never sit idly by.”

But Xi’s nod toward the importance of the United Front in Taiwan may signal Beijing’s preference for “long-term, peaceful approaches” when it comes to its professed goal of “reunification,” according to Wen-Ti Sung, a political scientist at the Australian National University’s Taiwan Studies Program.

“It shows in a very subtle way that in spite of all the heated rhetoric out there, (Beijing) has got to show some patience here,” Sung said.