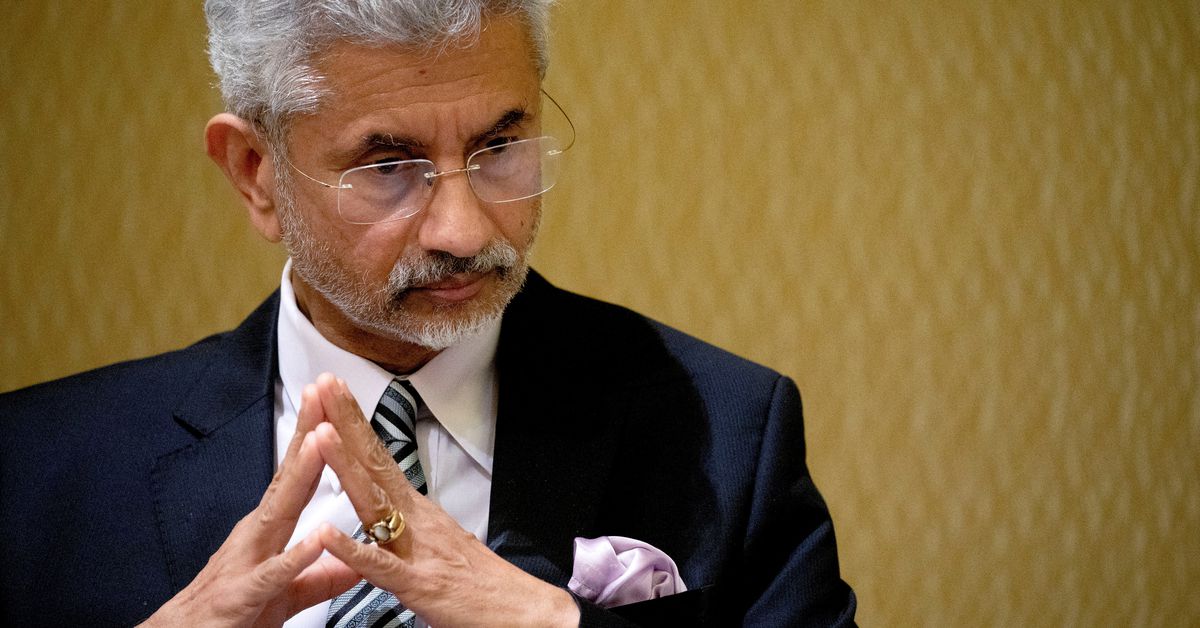 India worries that the Chinese-built and leased port of Hambantota will be used by China as a military base in India’s backyard. The $1.5 billion port is near the main shipping route from Asia to Europe.

Shipping data from Refinitiv Eikon showed Chinese research and survey vessel Yuan Wang 5 was en route to Hambantota and due to arrive on Aug. 11, at a time when Sri Lanka is facing its worst economic crisis in seven decades. India has provided Sri Lanka with nearly $4 billion in support this year alone.

During a weekly briefing late on Thursday, an Indian foreign ministry spokesman said the government was monitoring the planned visit of the Chinese ship, adding that New Delhi would protect its security and economic interests. read more

India has already lodged a verbal protest with the Sri Lankan government against the ship’s visit, Reuters reported on Thursday.

In response to questions from Reuters, China’s foreign ministry said Beijing had always exercised freedom of the high seas lawfully.

“China hopes that the relevant parties will view and report on China’s marine scientific research activities correctly and refrain from interfering with normal and legitimate maritime activities,” the ministry said in a statement.

Relations between India and China have been strained since armed clashes on their border two years ago killed at least 20 Indian and four Chinese soldiers and led to a massive build-up of troops on both sides.

The Pentagon’s annual report on China’s military modernization says the Yuan Wang ships are operated by the Strategic Support Force of the People’s Liberation Army (PLA).

A Sri Lankan consulting firm, the Belt & Road Initiative Sri Lanka, said on its website that the Yuan Wang 5 would be in Hambantota for a week and “conduct space tracking, satellite control and research tracking in the northwestern part of the Indian Ocean region through August and September”.

Sri Lanka formally handed over commercial activities at its main southern port to a Chinese company in 2017 on a 99-year lease after struggling to repay its debt.

China is one of Sri Lanka’s biggest lenders and has also funded airports, roads and railways, unnerving India, which is now trying to claw back lost ground.

Sri Lanka angered India in 2014 when it allowed a Chinese submarine and a warship to dock in Colombo.