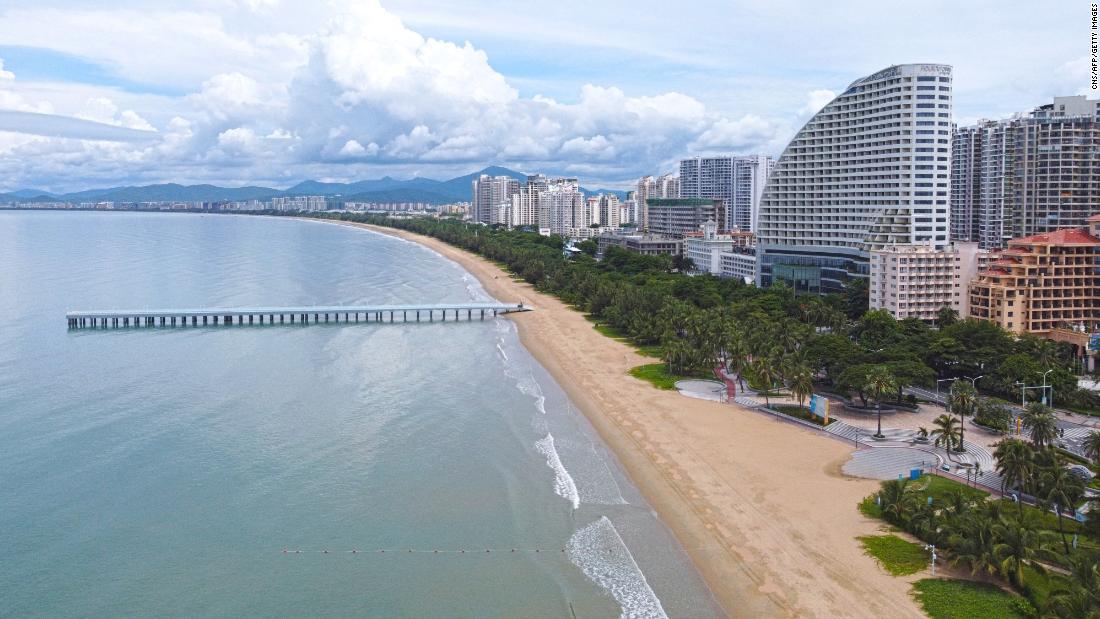 Since the weekend, however, what began as a stress-filled travel nightmare for ten of thousands of holidaymakers, are trapped in a sudden lockdown who leisurely imposed by authorities to curb a spiraling Covid outbreak.

Driven by a highly infectious Omicron subvariant — which authorities blame on contact with overseas seafood dealers at a fishing port — the outbreak has infected more than 1,200 people in Sanya since August 1. It has also spread to a dozen other cities and counties in Hainan, infecting more than 200 others.

That is a major outbreak by the standards of China’s zero-Covid policy, which aims to swiftly snuff out local flareups with snap lockdowns, mass testing, extensive contact tracing and quarantine.

On Saturday, the Sanya government hastily locked down the city of a million people, including some 80,000 tourists. Visitors wishing to leave must show five negative Covid tests taken over seven days, and authorities did not specify when the measures would be lifted.

Public transportation was suspended, people’s movements inside the city were restricted to emergency services, and transport links were halted.

More than 80% of flights leaving Sanya were canceled on Saturday, according to data from flight tracking company Variflight. All trains departing from the city were also cancelled, state broadcaster CCTV said Saturday.

The mass, sudden flight cancellations led to scenes of chaos at the airport on Saturday, when some passengers who had already boarded were ordered to deplane, according to state media reports.

A video widely circulated on Chinese social media shows an official local frustrated trying in vain to placate dozens of travelers outside the airport police station.

Speaking into a megaphone, the official promised the government would provide free food and hotel accommodation to travelers stranded at the airport, as a ring of police officers stood around him and pushed back the crowd.

China’s borders have been closed to international tourists since the start of the pandemic, meaning tourist hotspots like Sanya rely even more on domestic travelers.

The Sanya government said Saturday that tourists with canceled flights could book discounted hotel rooms. But for some families, the forced week-long stay may still come at a heavy price — especially as the Chinese economy has been battered by zero-Covid.

On Sunday, state-run news website The Paper reported that a family of 13 from the southwestern city of Chengdu would need to spend about $26,600 for an extra week at their five-star hotel, including charges of more than $100 per person for lunch and dinner buffets.

The report caused a stir on Chinese social media, with a related hashtag attracting 270 million views on China’s microblogging site Weibo as of Monday afternoon. Many comments expressed sympathy toward the family, while others questioned why they didn’t move into a cheaper hotel. After the outcry, the family said they were able to access cheaper food options at the hotel.

Other social media posts by trapped tourists in Sanya accused some hotels of raising their prices to cash in on the forced stays. At the Sunday news conference, the Sanya government vowed to look into the complaints.

It said more than 3,200 tourists stuck at the airport on Saturday would be given seven days of accommodation and food. And about 5,000 workers had been sent to Hainan from other parts of the country to help with a mass Covid testing drive, officials added.

When will it end?

For many stranded tourists, the biggest concern is whether they will be allowed to leave after seven days. They fear the lockdown could be extended if the number of infections rises despite the restrictions.

Schools in China are due to reopen after the summer break in three weeks, and some companies may not allow employees to work remotely for weeks on end.

On Monday, Sanya airport canceled all of its 418 flights, according to the flight-tracking site Variflight.

Among the tourists stuck were Shanghai residents who had gone to Hainan for summer holidays after enduring a grueling two-month lockdown in the Chinese financial hub earlier this year.

A foreign resident of Shanghai who arrived in Sanya on July 26 said he had to leave his hotel last Thursday because it was requisitioned by the local government as a quarantine facility. The hotel only gave him a day’s notice and left him to figure out alternative accommodation, he said.

Over the past five days, he has waited in long lines for six Covid tests, he said.

“This situation going forward is unsustainable,” said the tourist, who requested not to be named over fears of a nationalistic blowback. “It’s a little bit like Russian roulette on where you go, and whether or not that area is gonna get locked down.”

For many mindful travelers of the country’s Covid restrictions, Hainan had been considered a safe place because in the past it has reported very few cases.

Other tourist hotspots have recently been struck by abrupt lockdown too. Last month, more than 2,000 tourists were trapped in the resort town of Beihai in southern China, after a lockdown was imposed over 500 infections.