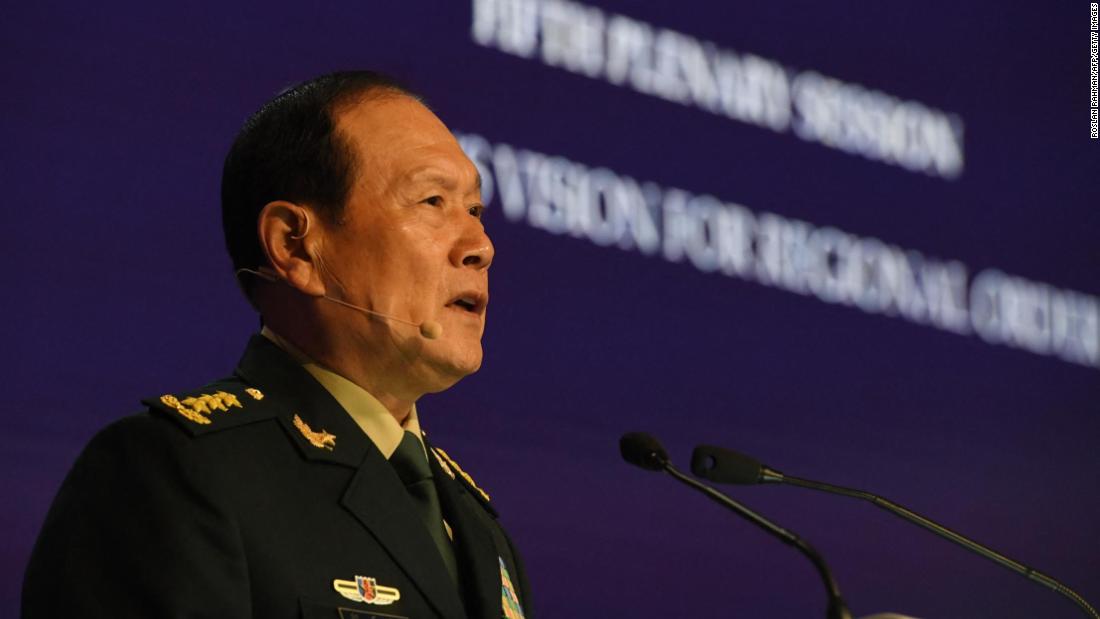 It was a land-based mid-course missile tested within China’s borders, the ministry said in a brief statement, adding the test was defensive in nature and not targeted against any country.

Anti-ballistic missile systems are meant to shield a country from potential attacks by using projectiles to intercept incoming missiles, including intercontinental ballistic missiles (ICBMs). Some analysts like it to shooting down a bullet with another bullet.

This marks China’s sixth known test of a land-based anti-ballistic missile, according to the state-run tabloid Global Times. The country has been conducting such tests since 2010, typically holding them every few years.

Before Sunday, China last launched an anti-ballistic missile test in February 2021, according to state media.

“China is planning to build a multilayered missile defense system which consists of several components,” said Tong Zhao, senior fellow in the Nuclear Policy Program at the Carnegie Endowment for International Peace.

These efforts aim to tackle short-range, medium-range and long-range missiles; so far, China has developed the HQ9 and HQ19 missile defense systems for the first two, and has not yet publicly announced the development of a system that can longer intercept-range and intercontinental ballistic missiles, Zhao said.

It’s unclear which system was tested on Sunday, the Chinese officials didn’t release any further information.

But gauging by the size of the closed airspace, it could have been the medium-range HQ19, similar to the US’ Terminal High Altitude Area Defense (THAAD) system, or a different new mid-course system, Zhao said.

It looks similar to the “hit-to-kill” missiles the US has been using, he added, referring to technology that allows the interceptor to hit and completely destroy incoming threats.

The test comes amid rising tensions in the region, with a recent spate of missile tests from North Korea including short-range ballistic missiles and a presumed ICBM. South Korean and US officials have also warned that renewed activity at North Korea’s nuclear test site suggests the country could conduct a nuclear test any day — its first since 2017.

South Korean President Yoon Suk Yeol, who took office in May, has vowed to take a tougher stance on North Korea — and suggested he would seek to install the second anti-ballistic missile system.

In 2016, when South Korea announced it would the US-built THAAD system, it sparked a year-long feud with China, which je defended the missile defense system wouldopardize its own national security.

THAAD is designed to shoot down short, medium and intermediate ballistic missiles and is used by the US military to protect units in places like Guam and Hawaii.

Despite its criticism of South Korea’s use of THAAD, China has good reason to develop its own missile shield program, said Zhao.

“China just cannot let itself lag behind in this important area of ​​military technological competition,” he said. “China is looking at other major powers. US is the primary concern, but Russia is also developing increasingly capable missile defense technologies.”

And though North Korea’s missile testing has alarmed South Korea and Western observers, Beijing’s friendly relationship with the North means it is likely more concerned about other threats — such as from India, with which it shares long-simmering border tensions, and the US, which has deployed military assets in the region close to China.

Earlier in May, China criticized the United States for deploying medium-range ballistic missiles in the Asia Pacific region, saying it made a “gravely negative impact” on international arms control.