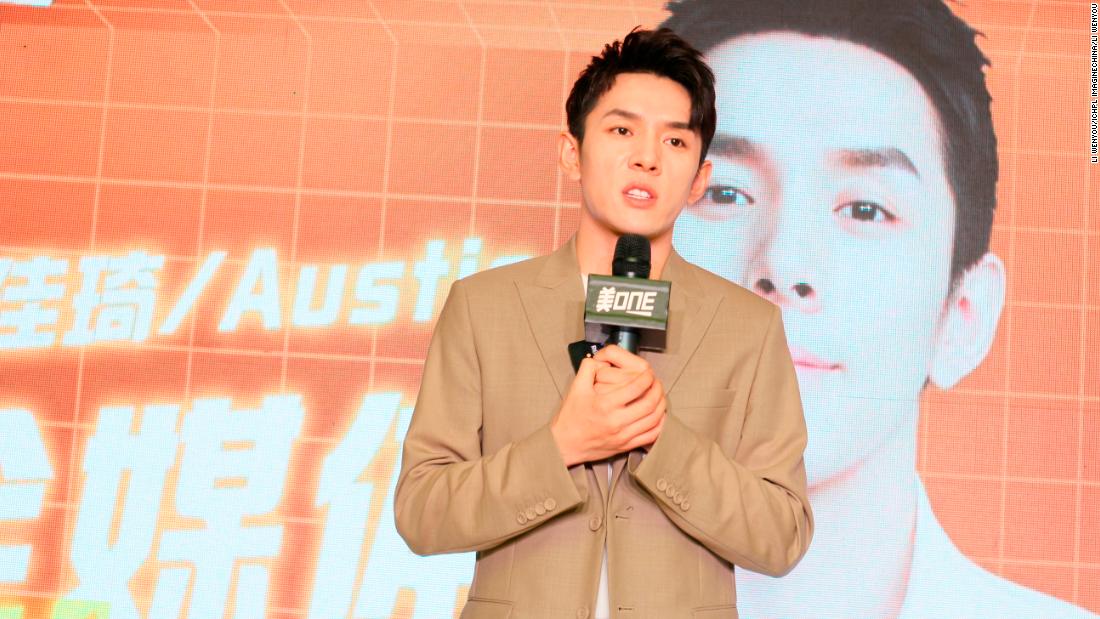 But this year, those attempts backfired, drawing attention to and prompting questions about the massacre from previously oblivious young Chinese internet users.

The fiasco started on Friday evening when a show by Li Jiaqi, the country’s top e-commerce livestreamer, ended abruptly after he and his co-host presented the audience with a plate of Viennetta ice cream from the British brand Wall’s.

The layered ice cream, garnished with Oreo cookies on its sides and what appeared to be a chocolate ball and a chocolate stick on top, resembled the shape of a tank — an extremely sensitive icon to be displayed in public just hours before midnight June 4 .

On the eve of June 4, 1989, Chinese leaders sent in tanks and heavily armed troops to clear Beijing’s Tiananmen Square, where student protesters had gathered for weeks to demand democracy and greater freedoms.

The crackdown, which killed hundreds, if not thousands, of unarmed protesters, is shunned in classrooms and strictly censored in the media and online. Censors are particularly vigilant in the lead-up to its anniversary, swiftly scrubbing even the vaguest references — from candles to coded phrases like “May 35” — from the internet.

As a result, many young Chinese — especially those born after the massacre — have grown up with little knowledge of the tragedy.

So it is perhaps no surprise that many of Li’s mostly young fans were puzzled by the sudden suspension of his Friday show, during which he sold a wide range of snacks and drinks from cookies to sodas.

“What on earth happened to Li Jiaqi? All of a sudden his livestream is gone. Can anyone who knows about it tell us?” a user asked on Weibo, China’s Twitter-like platform.

It is possible that Li himself, born in 1992, was also unaware of the symbolism. Having made his name him as the “Lipstick King” after selling 15,000 lipsticks in just five minutes in 2018, Li had been careful to stay in the good books of authorities. As many of his peers have found out, a careless political mistake risks losing business sponsorships or worse.

Shortly after his livestream was cut, I told his 50 million followers on Weibo that his team was fixing a “technical glitch” and asked them to “wait for a moment.” Two hours later, he apologized in another post that the live broadcast could no longer summarize that evening due to “a failure of our internal equipment.”

“Everybody please go to bed early. We will bring you the products that have not been broadcast (tonight) in future livestreams,” he wrote.

But the promised livestreams never came. On Sunday, Li failed to show up for another scheduled show, further confounding and worrying fans.

On Monday, a search for Li’s name no longer returned relevant results on Taobao, the online shopping site where Li’s show was live streamed. He boasts 60 million followers on the site.

CNN has reached out for comments from Mei One, Li’s agency; Unilever, the British multinational that owns Wall’s; and Alibaba, the Chinese tech giant that owns Taobao.

On Weibo, posts and comments linking the suspension of Li’s broadcast to the tank-shaped ice cream started to proliferate. Some fans said they found out about the sensitivity of the tank symbol by circumventing China’s Great Firewall of online censorship, alluding to the massacre as “that event.” The discussions happened in veiled terms under the watchful eyes of censors, and many of them disappeared soon after they were posted.

Among the posts that remained visible were those that vowed to “trust our (Communist) Party and trust our state” despite learning about the crackdown. Others said they believed Li was framed by “capitalists” or “foreign forces.”

Eric Liu, an analyst at China Digital Times, a US-based news website tracking censorship in China, said the Chinese government was caught in an awkward position — if it censors Li’s name entirely, it risks drawing even more attention to the case. Therefore, Weibo had to deploy a large amount of human power to manually censor every post that mentions Li’s name, Liu said.

“This is the Streisand effect,” he said, referring to the unintended consequence of drawing attention to information by trying to have it censored.

“Censorship is all about keeping the truth from the public. But if people don’t know about it, they are bound to keep making ‘mistakes’ like this,” he said.

Similar incidents have happened before. Last year, Xiaohongshu, a Chinese social app similar to Instagram, had its Weibo account shut down after the company asked in a post on June 4: “Tell me loudly, what is the date today?”