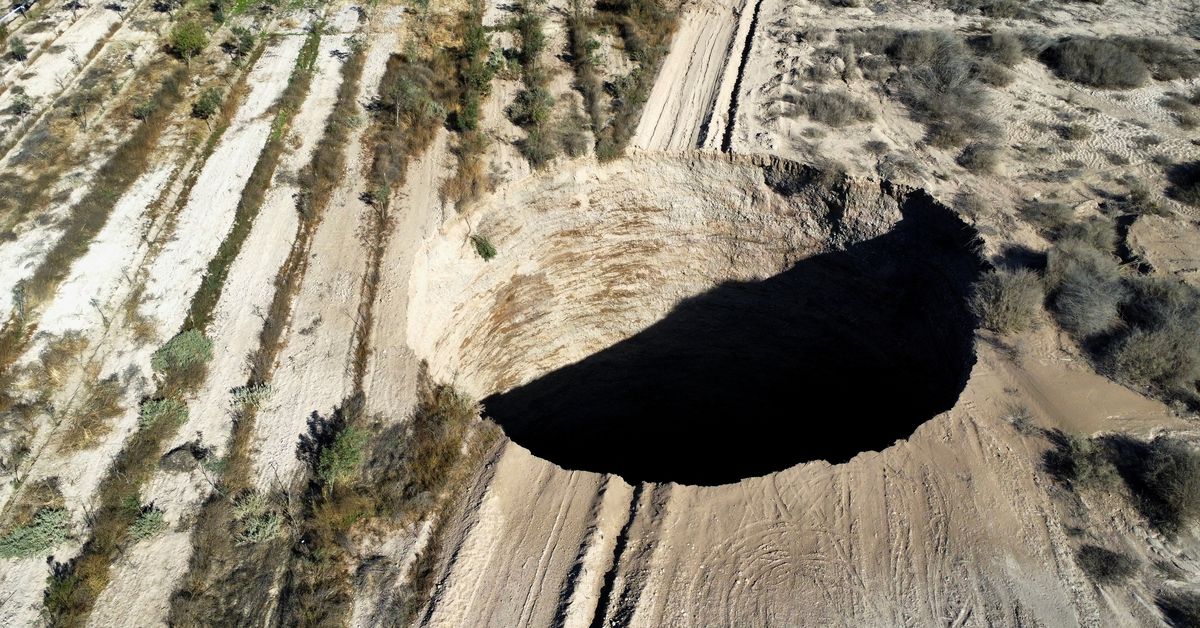 SANTIAGO, Aug 1 (Reuters) – Chilean authorities started investigating on Monday a mysterious sinkhole about 25 meters (82 feet) in diameter that appeared over the weekend in a mining area in the north of the country.

Chilean media showed aerial images of the sinkhole on land operated by a Canadian Lundin Mining (LUN.TO) copper mine, about 665 kilometers (413 miles) north of capital Santiago.

The National Service of Geology and Mining (Sernageomin) became aware of the sinkhole on Saturday and has sent specialist personnel to the area, the agency’s director David Montenegro said in a statement.

“There is a considerable distance, approximately 200 meters (656 feet), to the bottom,” Montenegro said. “We haven’t detected any material down there, but we have seen the presence of a lot of water.”

A sinkhole is exposed at a mining zone close to Tierra Amarilla town, in Copiapo, Chile, August 1, 2022. REUTERS/Johan Godoy

Sernageomin reported the closure of areas from the entrance to the work site of the Alcaparrosa mine, located near the sinkhole.

In a statement released on Monday afternoon, Lundin Mining said the sinkhole did not affect any workers or community members.

“The closest home is more than 600 meters (1,969 feet) away while any populated area or public service is almost a kilometer away from the affected zone,” the statement read.

Lundin Mining owns 80% of the property and the rest is held by Japan’s Sumitomo Corporation.