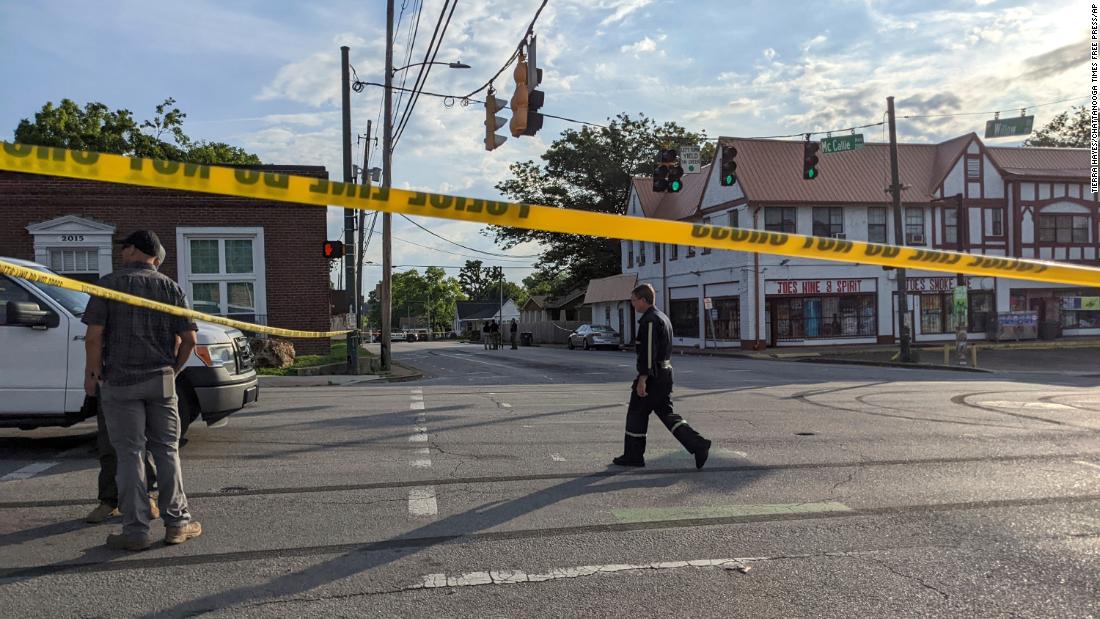 Police responded to reports of a shooting at a nightclub just before 2:45 am, Jeremy Eames, a spokesperson for the Chattanooga Police Department, told CNN. Officers found multiple victims when they arrived and began rendering medical aid.

In all, 14 victims were shot while three others were hit by vehicles attempting to flee the scene, Eames said. Among the three deaths, two stemmed from gunshot wounds and one stemmed from injuries sustained after the victim was struck by a vehicle, he said.

Police believe multiple shooters using several types of firearms were involved. No suspects are in custody, and police have yet to identify any potential suspects or victims.

The reason for the shooting is unclear, but authorities believe the shooting was an isolated incident “in which one or more of the victims were targeted.”

The shooting comes as the nation is on edge following back-to-back high profile shootings, including those at a supermarket in Buffalo, New York; at an elementary school in Uvalde, Texas; and a hospital in Tulsa, Oklahoma.
It’s also the second major shooting in Chattanooga in as many weekends. Last Saturday night, six people were shot following an altercation between two groups downtown, police said at the time. No victims died, though two were critically injured.

In a Sunday news conference, Mayor Tim Kelly expressed frustration, telling reporters, “I’m tired of standing in front of you talking about guns and bodies.”

There have been 12 mass shootings in the country since Friday, according to the Gun Violence Archive, including in Philadelphia, where at least three people were killed and 11 others wounded when multiple shooters opened fire Saturday night, according to police.

“The surge in gun violence that we’ve seen across the nation and here in Philadelphia makes me not just heartbroken, but angry,” Philadelphia Mayor Jim Kenney said Sunday.

“Once again, we see lives senselessly lost and those injured in yet another horrendous, brazen and despicable act of gun violence.”

Chattanooga’s mayor vowed he and the city council would spend time in the coming weeks to address gun violence, saying they would “treat this like the crisis it is.”

The mayor himself is a gun owner and lifelong hunter and marksman, he said, and he supports responsible gun ownership.

“But Congress needs to do their jobs and pass common sense regulations that will help stop this nonsense,” he said.

“That doesn’t mean taking guns away from responsible gun owners, but it does mean mandatory background checks and prohibiting high capacity magazines that allow shooters to hurt dozens of people without even having to reload.”

CNN’s Dakin Andone and Hannah Sarisohn contributed to this report.